Simulation fans and patient drivers may find a lot to enjoy in this often likeable and surprisingly deep game.

Its aggressive title notwithstanding, Hard Truck: 18 Wheels of Steel isn't a traditional foot-to-the-floor racer. Unlike most driving games, this budget-priced game from ValuSoft does not put you in high-speed wheel-to-wheel duels with computer-controlled competitors. Instead, you must carefully navigate your way through a semirealistic version of America, picking up and delivering cargo, weighing the hazards of available assignments against potential monetary gain, and eventually building an untouchable trucking empire. At some points, you'll feel compelled to drive at maximum big-rig speeds and bend a few rules here and there just to ensure that your payloads arrive in a timely fashion. But Hard Truck is very much a solo journey that emphasizes truck management as much as it does point-to-point pace. Whether you'll enjoy the game depends very much on your affinity for its unusual concept and your ability to look past several quirks and glitches to see the rather intriguing challenges that lie underneath.

Although Hard Truck isn't exactly a household name on this side of the Atlantic, the game has actually existed in one form or another for several years, having originally been developed way back in 1998 by Russian design studio SoftLab-Nsk. This, the third iteration in the series, is produced jointly by Czech-based SCS Software and America's Sunstorm Interactive (of Deer Hunter fame) and will be seen by veteran Hard Truckers as a very different game from prior editions. Whereas earlier versions of the game featured an action-packed arcade mode and a worrisome amount of vehicular contact, Hard Truck: 18 Wheels of Steel dispenses with the arcade-style wackiness in favor of simulation-style authenticity.

When you begin your very first assignment, you'll find yourself parked, engine off, in a San Francisco loading dock, preparing to pick up and haul your first load to one of several cities in the American Southwest. This is the chosen locale for Hard Truck's "easy" mode, whereas the medium level takes place in and around the Midwest, and the difficult level runs through the uneven terrain and inclement weather of the Rocky Mountains.

Hard Truck offers a truly impressive variety of viewing perspectives, many of which you'll want to audition right away. From the first-person cab view, you can see all that is ahead of you or use your mouse to virtually turn your head from side to side to peer out the driver and passenger windows. The game offers several other camera angles, including right and left mirrors (which are unfortunately not incorporated in the cab view), an aerial camera position that lets you monitor everything in the immediate vicinity, and a nifty mouse-controlled free-floating exterior cam that pivots 360 degrees around the truck.

As is typical of every Hard Truck mission, you'll see a number of trailers, each filled with a given cargo and ready for transportation. Large floating message boards appear above each trailer, displaying the nature and fragility of the cargo, the time allotted for your run, and various other critical details. Naturally, remuneration for your efforts will vary in accordance with their relative difficulty. Hauling a load of delicate glassware over a long distance in a short time frame will pay far more than trucking a container of clothing on a short jaunt down the freeway.

If you manage to make your delivery, you'll use the resulting paycheck to increase your bank account, effect necessary repairs, and improve your company's rating. With a better rating, you'll be offered more-profitable jobs. With more-profitable jobs, you'll gradually improve and upgrade your truck, purchase new trucks, hire new drivers to handle the extra workload, and, with any luck, grow your company to obscene proportions.

But Hard Truck has many potholes on the road to success. Most often, the missions' allotted time frames are frightfully tight. In many instances, you'll find yourself ignoring stop signs and traffic lights and exceeding speed limits just to complete a job on time. In so doing, you may incur the wrath of the local authorities and pay a significant penalty. You may try jumping the occasional curb just to cut precious seconds from a given run, only to see your trailer detach and drop to the road. You'll then be forced to dial 911 and pay a towing service just to get reattached and remobilized.

And those aren't the only potential hazards. Just as in real life, Hard Truck requires its drivers to regularly replenish themselves with a certain amount of sleep, or they'll risk nodding off at the wheel. To monitor whether you need sleep, you need to watch the game's "drive time" readout at the top of the screen. When the clock reaches zero, which due to Hard Truck's accelerated time and compressed distances will occur every 20 minutes or so, your virtual eyes will begin to close and the screen will grow dark. They'll pop open again in just a second or two, but in the meantime you may have driven off the road or into another vehicle or roadside abutment. As you continue to drift in and out of sleep, the dark periods grow more frequent and the potential for accidents increases. Fortunately, you can pull into a motel, a truck stop, or even a rest area for some shut-eye, an instantaneous procedure where your only decision is the amount of sleep you can afford. The downside, of course, is that you'll have even less time to complete your run once you do get moving again.

Soon, you'll realize that sleep stops, fuel stops, weigh-in stops, and inadvertent police stops cut seriously into your schedule. Throw in the occasional accident--some of which occur independently of you but block the road ahead--and you'll quickly see that you must take a few risks just to keep your company in business. Luckily, you can always hit the N key to gain immediate access to critical company information. How's your rating? How effective are your new drivers? Can you afford to hire a better driver? Are you rated highly enough for an upgraded cargo license? Are you talented enough to be assigned a higher-paying regular route? The questions are many, and in this way, Hard Truck is a very interesting game.

It is not, however, designed for those who like their driving fast and furious. In truth, the majority of gameplay is spent behind the wheel of your 18-wheeler, where the going is often slow and sometimes tedious. From a dead stop, it'll take at least one full minute of real time to attain any sort of decent speed. Indeed, first gear brings you up to all of 10mph, and in this game, 10mph feels like 10mph. Although this is realistic, it's not quite the same experience as driving a nimble racecar. Furthermore, simply brushing against a guardrail or another vehicle is often enough to grind your truck to a complete stop, forcing you to endure that entire acceleration process once again. Curiously, Hard Truck's trucks are affected only marginally, if at all, by steep grades.

Even backing up to deliver your goods at a loading dock is a time-consuming affair. Newcomers will undoubtedly jackknife their rig many times before they're finally able to direct it into the correct stall. Unfortunately, as much as the game's accelerated clock helps make your long-distance runs a bit less cumbersome, it is your enemy at the receiving and loading docks, where an hour or more of game time can go by while you simply try to maneuver your rig into its designated dock.

And that's not the only problem you'll encounter. Traffic cops, for example, seemingly appear out of nowhere to flag you down for speeding or breaking some other basic rule. Yet if you should actually see one before he sees you, chances are he won't even know you're there. We were quite able to blow past cruisers on the freeway, hurtle through red lights and stop signs, and generally commit all sorts of atrocities while in full view of a variety of police vehicles without so much as a single warning.

One of the game's most annoying traits is its poor placement of directional signage. Unlike in the real world, you'll have less than three seconds and 100 meters to react after a sign becomes visible for the corresponding exit or turnoff. This extremely tight positioning of directions, which is clearly intended to make the game even more difficult, ends up being more frustrating than challenging. Fortunately, Hard Truck does make it fairly easy to locate your precise destination by smartly placing corporate logos on signposts throughout the nearby area once you get closer to your destination.

Nevertheless, it's difficult to condemn Hard Truck based on these problems, because the game also does many things well. Developer SCS Software has incorporated a number of impressive visual and practical perks into the game, the foremost of which are its environmental variables. In Hard Truck, you'll experience midday sun, early-evening dusk, and midnight blackness, all of which move along and transpose at a compressed but believable pace. You may encounter a rainstorm, in which case you'll be compelled to switch on the wipers (two-speed wipers, no less) to clear the windshield. At higher elevations, snow will fall all around, and the highway may well be bordered by two or three feet of the stuff. It doesn't actually accumulate, but it does exist, often turning a two-lane thoroughfare into a dicey one-lane avenue.

Though far from geniuses, the artificially intelligent motorists of Hard Truck are generally decent. They'll activate their turn signals to change lanes, pass only on the left, and generally steer clear of your monstrous beast. They'll obey the game's working traffic lights and pull to a stop when they hear the siren of a police cruiser. Although quite erratic at times, seemingly unaware of where they're really going, they only rarely exert a detrimental impact on the game.

As you might expect from a budget-priced game, Hard Truck's graphics leave something to be desired. The game's vehicles are quite boxy and minimally detailed. Onscreen informational overlays sport rudimentary fonts and truncated words. Lighting and textural anomalies--particularly big translucent geometric patterns that waft across the landscape--are common. Crashes are horrifically mundane, with no wreckage, no visual damage, and no fire and brimstone. Yet if you're a die-hard driver who's seen his share of lengthy road trips and lengthy driving stints, the game will occasionally convince you that you're really out there on the open road.

It is important to note again that Hard Truck is not an easy game. Although it may seem so at first, when the routes are relatively simple and the drive time clock isn't threatening, it will inevitably push both your reflexes and your brain as you move into more challenging jobs and factor in all the potential misfortunes. It's definitely possible to end up flat broke and out of business. Furthermore, things only grow more complex when you've hired other drivers and must monitor the entire company, often while driving your own truck.

Hard Truck: 18 Wheels of Steel is one of those titles that would have benefited tremendously from a larger development budget. A little bit of polish would have added much to what is an intriguing but flawed game. Nevertheless, simulation fans and patient drivers may find a lot to enjoy in this often likeable and surprisingly deep game. 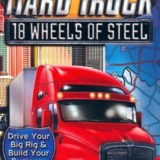 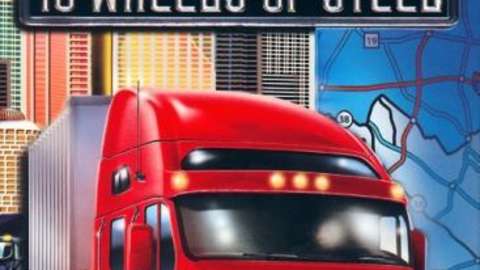 Simulation fans and patient drivers may find a lot to enjoy in this often likeable and surprisingly deep game.