Halo Wars is a fun strategy outing for fans of the universe, but it feels simplistic and short alongside other games in the genre.

UK REVIEW--After shooting through scores of Covenant and Flood soldiers in three Halo first-person shooters, the United Nations Space Command's story rewinds a few decades in Halo Wars. The game grants you command of both the human UNSC forces and their archenemy, the theocratic alliance of the Covenant. Halo Wars offers quality cinematic presentation and a simple control scheme that makes the game easy to pick up and play, but the limited amount of units, short campaign, and dearth of multiplayer modes make it ultimately feel stripped. Halo Wars is a fun playthrough for casual real-time strategy and Halo fans, but there's not enough depth to win over hardcore strategy buffs.

Halo Wars' believeable story is presented through some great cutscenes, with high-quality cinematics and decent voice acting. Combined with authentic-looking units and environments, it goes a long way toward making Halo Wars look and feel like part of the series. The storyline is slightly confusing at first but eventually pieces together to make a satisfying ending, though it's certainly not long and should take most players around five hours to play through. Your adventure gets underway on a colonised world called Harvest, where the UNSC battleship Spirit of Fire's away-team leader Sgt. John Forge is investigating Covenant activity. Along with scientist Professor Anders and the Fire's holographic AI construct Serina, they uncover a plot in which an Arbiter, in charge of the Covenant forces on the planet, gets his hands on a mysterious superweapon left by the long-extinct Forerunners.

Halo Wars' gameplay and control scheme are introduced through two simple tutorials, and though a few more lessons would've helped to flesh out all of the unit types, it's not difficult to figure out the roles of the different UNSC and Covenant forces. The controls function adequately, but you're quite limited as to what you can actually do with them. For example, you can select all units, all units onscreen, all units of a specific type, or all units within a small radius, but you can't assign units to custom groups. This makes it difficult to manage units when you're trying to fight a battle on two fronts. Combat is streamlined to just two buttons, so you can easily point out the enemy you want vanquished, send your soldiers after them, and use special attacks where applicable.

In terms of churning out an army, you need to actually click on a building to access its build menu. You can return to your base with a tap of the D pad, but even that can be frustrating in the heat of battle. Although you can set up global and base-specific rally points, you can't create them for different unit types. Setting them too close to your bases also creates a gridlock that some units have trouble manoeuvering through. It would've worked better if you could access the build menu at any point, but for the most part the controls work well in a variety of situations. The camera can also be frustrating; though you can zoom right in, you can't pull the camera out far enough to get anything resembling a bird's-eye view of the action.

One of the best things about Halo Wars is controlling the iconic units from the series. Leading a barrage of marines, Spartans, Warthogs, and Scorpion tanks is great, and all-new units are a welcome addition to the UNSC forces. Flamethrowers, mechlike Cyclopes, and the Cobras and Wolverine vehicles work well against infantry, structures, vehicles, and aircraft respectively. You can also control up to three of the series' iconic Spartan soldiers at a time. The Spartans are not only a lot tougher than regular UNSC infantry, but they can also hijack enemy vehicles, or pilot a friendly vehicle to boost its effectiveness. Although there may not be a great variety of units at your command, each has a number of upgrades that offer significantly better firepower or defences.

The Covenant forces also have powerful infantry at their disposal, including energy-sword-equipped Elites, Brutes, and Hunters, which are particularly useful against vehicles. Wraith battle tanks, powerful Locusts, and the gargantuan Scarabs pack a serious punch against the UNSC forces, and the rock-paper-scissors dynamic between aircraft, vehicles, and infantry ensures a relatively equal footing between the teams. Given that the Covenant units are just as much fun to play with as the UNSC's it's a real shame that the faction didn't get its own playable campaign. The same could also be said of the Flood race, which you'll encounter in the campaign but don't even get to use in multiplayer skirmishes.

Halo Wars requires you to produce quite a lot of resources at the beginning of each level before you can muster a sizable army. Given the limited amount of building sites on each base, you have to choose carefully to build another supply pad or use that site to unlock more-advanced units. The UNSC and Covenant structures work in similar ways, and produce resources, infantry, vehicles and aircraft, or research more-powerful units. Resources typically aren't something that you'll have to spend too much time concerning yourself with once your base is up and running, which is good because you're free to concentrate on more compelling areas of the battlefield.

The campaign mode in Halo Wars focuses less on building bases and more on using your limited forces to complete objectives specific to the story. There is a good mix of escort missions, recapturing lost bases, defending while waiting for rescue, and building your forces for an all-out assault. Seasoned strategy fans will find the campaign quite easy to finish because the missions are short and the enemy--at least on the default difficulty setting--isn't too smart. The option to play campaign missions cooperatively with a second player is a neat addition, because you can call in a friend to help play through the entire career or just to co-command a particular mission if you're stuck on it. You share all resources with your buddy, rather than split them 50/50, but you have direct control of specific units and can hand over command to your partner if you wish. Considering that both of you have access to build structures and units, you need to make sure to stay in constant communication to ensure that you have enough resources to get the job done.

Halo Wars' campaign mode has some replay value and completionists will want to play through to find all of the game's achievements and hidden skulls. Like those in Halo 3, skulls unlock options that can be used to change settings in skirmishes, such as doubling each unit's hit-points. Unlocking every secret aside, multiplayer should keep Halo fans occupied for much longer. The only problem is that there isn't a lot of variety in this mode, with skirmishes being the only game type available. There's support for up to six players at a time via Xbox Live or system link, but the maximum number of teams is two, so in a six-player game you're forced to have two teams of three factions. While it's fun to play as both the UNSC and Covenant, Halo Wars is desperately lacking more factions to choose from, and the Flood seems like an obvious choice. If you find the pace of the resource-heavy standard matches slow, then the Deathmatch option accelerates things to offer advanced units and more-significant resources early on. Despite its limitations, multiplayer is fun to play, and you can help allies by sending them resources, which lets them build more than their current budget might allow.

Each leader also has access to one special power, which can be used in both solo and multiplayer games. On the UNSC side, Cutter can use a magnetic accelerator cannon, Forge has carpet bombs, and Anders can drop a cryo bomb that freezes units in a small radius for a short period. On the Covenant side, there's the Arbiter's rage special attack and the Brute Chieftain's vortex damage field, both of which seem weak in comparison to the Prophet of Regret's cleansing power--an orbital laser beam that you can steer around the battlefield with devastating effect. All units and leaders, as well as most structures, can be upgraded, and if you have the time and resources, upgrades result in a significantly increased arsenal at your disposal.

The visual highpoints of Halo Wars are the stunningly rendered cutscenes that do a great job of keeping the story moving between missions. The in-game visuals aren't as consistently impressive; structures and units are nicely detailed, but the environments they're situated in are drab by comparison. You can zoom in and see the bases mechanically churning away, and the explosive destruction of the enemy outposts looks great up close. The Covenant's energy-based weapons look particularly good and make a nice counterpoint to the UNSC's more traditional weapons. At times you might experience a bit of slowdown when the screen is swarming with units, but overall the frame rate holds up well.

No Halo game would be complete without an epic, orchestral soundtrack, and Halo Wars is no exception. Inspired by the franchise's predecessors, the music reinforces the authenticity of the game within the Halo universe. The sound effects also live up to the heritage, with recognisable audio for the weapons, structures, and key characters. Voices are sometimes out of sync during the video updates in battles, but otherwise it's all of a high standard.

Although Halo Wars can be rewarding and fun to play for a time, the short length of the single-player campaign and the lack of variety in the multiplayer ultimately leaves the game feeling unfinished and threadbare. It looks and sounds great, and it captures the essence of the series well, but there's not much else to keep you coming back once you've finished the short campaign and grown tired of playing multiplayer skirmishes between the two sides. It's good while it lasts, but it will appeal more to fans of Halo and casual RTS players than anyone looking for a deeply engrossing strategy game.

View Comments (5)
Back To Top
6.5
Fair
About GameSpot Reviews 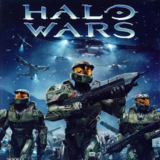 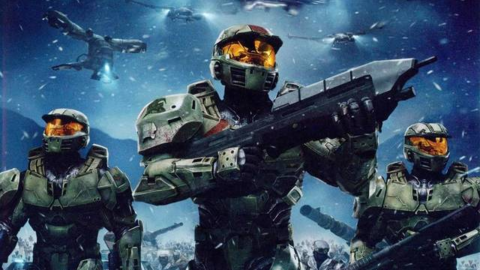 The development team behind the Age of Empires series brings Halo to the RTS genre with Halo Wars. Set before the events of Halo 1, the game lets you lead human armies in their first battles against the Covenant.