You are not alone.

Space is cold, lonely, and wholly apathetic to the struggles of humanity. That inhospitality gives Halfway its emotive essence. It doesn’t ask you to conquer, to win, or to triumph. Here, on a bent and broken ship aimlessly drifting through the infinite dark, you’re just trying to survive. Halfway opens with Lannis, an aging security guard for the Goliath colony ship, coming out of stasis quite a bit later than he expected. Immediately it’s clear, both in the environments and the steady, solemn tones driving the ambient sound track, that this is not a happy story.

The lead into the more omnipresent feeling of dread is slow at first. Peeking and probing, you search about the first few areas of the ship, seeking other survivors. Even after establishing a rudimentary basecamp, the seemingly endless hordes of mutated crew members are an evolving and lingering threat. From your base, you launch missions with a growing group of survivors to gather needed food and supplies and ultimately take back the ship.

Each excursion has a series of core objectives punctuated by scripted, turn-based combat sequences. With the ship adrift, its computer has gone haywire and is warping the ship to random locations every few minutes. When one of these jumps triggers, whatever room you’re in floods with intruders. Fighting these baddies off isn’t terribly difficult most of the time, but if you’re reckless, you’ll end up wasting scarce ammunition and resources. I lost several missions just because I was a bit too cavalier with my bullets.

As you progress, you fight tougher and more severe mutations of the Goliath’s former crew. Some barely have any of their humanity left, and amount to little more than walking steel cans firing massive and deadly lasers from their chests. To combat the tougher foes, you need to scavenge for equipment--health packs, guns, and armor--and distribute them among your team. You can also find items which provide a permanent stat boost to your crew’s aiming, their agility, or their health. These pick-ups serve as role-playing elements that supplement the tactical core, although even with those additions there isn’t much mechanical depth.

Each character under your command has two special abilities: one that’s passive, and another than can be used every few turns. Besides using these skills and attacking, there’s not a lot to do in a given turn. There’s only one proper defensive option, “retaliate”, and it’s not terribly effective as it only works if you are directly attacked as opposed to when an enemy crosses a threatened or monitored area. Most of the strategy comes from appropriate timing and movement. In addition to wasting ammo, wasting your abilities and having to wait for the cooldown to expire could mean a failed mission. For the most part, the lack of complicated tactical options doesn’t matter all that much. It does, however, make some of Halfway’s difficulty spikes rise from challenging to maddening.

As I was nearing the end of my run, I hit a massive road block and it took half a dozen tries to finish the section. There were so many enemies, all with seemingly much better aim and armor than my own team. When I finally made it through, it was only because I took a side mission to get better gear, but even that run was substantially more difficult than the rest of the game. Those occasional spikes in difficulty also muddle the pacing of an otherwise laudable narrative. For the first few hours, there’s brilliant mystery unfolding, built around the events that led to this disheartening circumstance and the methods used to recapture control. As the game approaches its climax, though, the brutal sequences kick in and the tempo halts. The abrupt difficulty is not a killer, but that’s largely thanks to Halfway's non-gameplay pieces, and after a few failed missions, seeing your squadmates revived again and again undercuts the sense of despair and hopelessness that underlies the rest of the game.

Unlike with similar games like XCOM: Enemy Unknown and Fire Emblem, death is not permanent, and though Halfway’s message still resonates, the music and visuals are what properly express the game's thematic weight. Seeing a crewmate that barely survived your last mission gently pulling drags from a cigar as he looks out over the stars carries with it great emotion. Rooms are littered with the pieces of stories told in times past. Bullet holes, shell casings, and piles of ashes set the grim tone and remind you that your characters that they may not survive for much longer.

The morose tone is further darkened by a stellar soundtrack. The main theme kicks in with hard synth beats that evoke the era of science-fiction classics like Alien and Blade Runner before shifting into wistful, distant chords. Each battle theme is a faster, layered version of the same area's ambient music. This musical consistency establishes a constant sense of place and provides an extra bump of adrenaline for making action sequences feel exciting and important. The menu and home base tracks lack combat variants altogether, expressing the somber state of affairs and depicting how distant even the slightest hope for survival seems.

Halfway's environments, writing, and musical score convey a sense of quiet perseverance, but the gameplay doesn't communicate that feeling as clearly as it should. Persistent characters help give the adventure grounding, but Halfway doesn’t have the conviction to make its subjects mortal. Yet there's something to be said for the way in which this foreboding game uses style to convey substance, pushing you from one battle to the next so that you might shed light on a chilling galactic mystery. 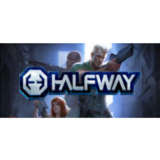 Dan Starkey is a huge fan of classic, slow-paced science fiction, with Alien and Blade Runner at the top of his list of favorite films. He hoped Halfway would live up to the pedigree of its inspirations. 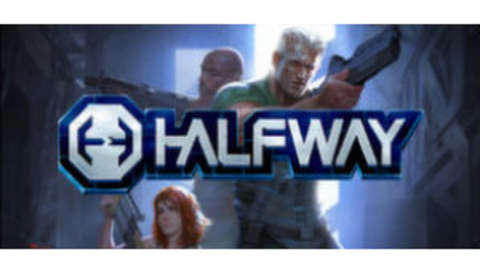 Halfway is a turn-based strategy game taking place a few hundred years in the future. You take control of a small group of people who are witnesses to a violent overtake of their spaceship by an unknown species. As you fight your way through the dark corridors and rooms of the ship, you will uncover more and more details of what has taken place. For now, all you know is that in order to survive you will have to fight, face your fears and outsmart the enemy.