It's rare to read a review of a first-person shooter on any platform that doesn't reference Valve Software's groundbreaking Half-Life. First released on the PC in the fall of 1998, Half-Life has since spawned several single-player and multiplayer expansions on the PC but failed to break through on other platforms--Macintosh and Dreamcast ports were cancelled in mid-development. Half-Life finally makes its cross-platform debut with Gearbox and Valve Software's faithful, yet enhanced, version of Half-Life on the PlayStation 2. Featuring the classic single-player game, a head-to-head deathmatch mode, and a new cooperative multiplayer expansion called Decay, Half-Life for the PS2 is a gripping combination of superb story design, sly artificial intelligence, taut combat sequences, and logical puzzles.

Half-Life's storyline slowly builds in intensity, much like a finely crafted action sequence or an engrossing novel that you simply can't put down. In fact, the less you know about the surprises that await, the better. The setup is simple and revealed in Half-Life's unique tram-ride opening sequence. You assume the role Gordon Freeman, a research associate working in the anomalous materials laboratory at the Black Mesa research facility. From that moment on, details are discovered little by little--if at all--and a great deal of the game's background information is left to your imagination. Even the action unfolds with impressive precision. Instead of throwing all its enemies at you at once, Half-Life showcases each creature with its own introduction. Each encounter with a new creature provides both danger and a sense of wonder rarely offered by first-person shooters. In addition, brilliant scripted sequences enhance Half-Life's harrowing suspense, but the sequences are fixed and don't differ from game to game.

Half-Life's gameplay sticks close to typical first-person run-and-shoot standards. You'll still face most hostiles with a varied weapon arsenal, including a crowbar, pistols, a shotgun, an assault rifle, a rocket launcher, grenades, and laser trip mines, and you'll locate health from medical stations scattered around Black Mesa to mend Gordon's wounds and energy-charging stations to repair Gordon's environmental suit. Gordon has no trouble carrying all weapons at once--Half-Life forgoes strategic weapon decisions for the ability to blast your nearest foe with any available hardware. Veterans of Volition's Red Faction should find Half-Life's control scheme familiar and comfortable, while a PC game player can opt for the supported USB mouse and keyboard setup. The PS2 controller's circle button defaults to lock-on targeting that's used to lock focus on a hostile target. It's a welcome addition and especially handy against the enemy creatures that are small and quick.

Enemy artificial intelligence--specifically for human adversaries--transforms what could be standard first-person shooter combat into tense battle events. Described in the manual as an efficient clean-up crew, these enemy military soldiers provide tough, extended one-on-one battles. The soldiers can take cover behind crates, lob grenades at your feet, and retreat to more fortified positions. A great deal of care must be taken when entering new areas. In Half-Life, running into a new room with guns blazing is usually a first-class ticket to the reload screen. Gordon can also seek assistance from various scientists and security guards around Black Mesa. Scientists usually supply first aid or the means to open locked doors, and security guards provide armed backup as long as you can keep them alive.

Although there's plenty of visceral combat, Half-Life adds a liberal dose of puzzles throughout. Many involve discovering the best way to traverse a particularly dangerous area or locate the next unexplored path. The inclusion of some jumping puzzles may turn off the game player seeking non-stop action. Fortunately, it's possible to save your game to a memory card at any point or use quick saves stored in the PS2's memory, both of which prove invaluable when faced with Half-Life's many precarious situations.

You might expect a three-year-old PC game utilizing an amalgamation of id Software's Quake and Quake II engines to look somewhat dated by today's graphical standards. While Half-Life's environments and special effects aren't on par with some of the PlayStation 2's finest visual feasts, the addition of hires textures, character, and weapon models (introduced in the PC's Blue Shift expansion) improves the game's crispness considerably. But think of Half-Life like a classic automobile. Even without the latest bells and whistles, the car still grants a fantastic, memorable ride--Half-Life's gripping gameplay transcends its dated graphics. The sound effects are also stellar. From the piercing noise of each new mysterious creature to the thunderous explosions and distinctive weapon blasts, Half-Life's sound effects work well in conjunction with the detailed atmosphere and scripted sequences to envelop the player in an absorbing ambience.

Along with the complete and faithful port of the single-player game, Half-Life on the PlayStation 2 includes two multiplayer modes. The most impressive of these is Decay, a cooperative split-screen two-player mode boasting a new storyline that runs parallel to Gordon Freeman's single-player adventure. In Decay, you assume the role of Dr. Gina Cross or Dr. Colette Green and must traverse the bowels of Black Mesa solving puzzles and combating enemies much like their solo-play alter ego. The main difference is that Decay's puzzles often require both players to solve. For example, one player must keep a timed security override active while the other scampers past temporarily deactivated turrets. To add competition, both players are rated on kills, damage sustained, and gun accuracy upon the completion of each mission. Decay is a superb addition to the Half-Life universe, and cooperative play offers a unique multiplayer thrill that can even surpass the excitement of a head-to-head deathmatch mode.

Though it's possible to play Decay solo, it's a bit awkward and certainly less rewarding. You can switch between the two characters using the "select" button. As you move and battle using one character, the other remains stationary awaiting your control. The immobile character will automatically defend herself against threats, but switching frantically between characters to minimize combat damage can be cumbersome. Plus, solving the cooperative puzzles as one player lacks the satisfaction of discovering and implementing the solution as a two-player team. It's also worth noting that the save and quick save options are disabled during Decay and only active between each mission--should either character die, the mission ends in failure and must be replayed from the beginning. Half-Life also features a straightforward two-player split-screen deathmatch mode if you'd rather battle a friend than work together. You can wage war on 10 different maps (which should look familiar to PC Half-Life veterans), but the lack of options limits variation.

It's impossible to argue against Half-Life's place among the most influential games of all time, and its transition to the PlayStation 2 is a successful one. If you've already experienced Half-Life on the PC, the addition of Decay may not be enough to warrant venturing back to Black Mesa. But those unfortunate enough to have missed out on the perennial king of first-person shooters should start packing their bags as soon as possible. 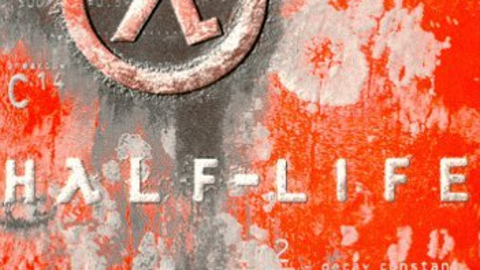