Grappling with the devil.

The intrepid luchadors from Guacamelee bring their acrobatic martial art to the PC--after months of exclusivity on the PlayStation Network--in Guacamelee Gold Edition. The combo pack includes a set of six unlockable costumes, as well as the El Infierno expansion pack with 17 exacting trial stages to master. In addition to compiling every bit of Guacamelee content in one place, DrinkBox Studios has added support for Valve’s Steamworks, enabling players to create and share custom character skins. Guacamelee’s a fantastic action-platformer with a grin-inducing sense of humor, and with the inclusion of downloadable content and exclusive modding tools for the same price as the stand-alone PSN game, the PC version is a great way to experience everything the game has to offer.

It starts with the tale of the lovelorn agave farmer, Juan Aquacave. His village has a huge problem: an undead sourpuss named Carlos Calaca can’t handle the repercussions from striking a deal with the devil, and now he wants to force his ill fortune onto the good citizens of Pueblucho. Kidnapping the mayor’s daughter and killing the wanna-be hero Juan is a good place to start, but what Calaca didn’t count on was Tostada, a.k.a. the Guardian of the Mask, granting Juan the power to return from the land of the dead with a new found ability to kick demonic, skeletal butt.

What follows is a Metroidvania-styled adventure. Guacamelee’s sprawling world map contains hidden pathways behind obstacles and atop lofty ledges. By locating power-ups that advance Juan’s abilities, you will eventually be able to break down these barriers and gain access to more power-ups and new areas to explore. What makes Guacamelee stand out from other games with a similar structure is its presentation, for one, which is vibrant, comical, and filled with parodies of popular game characters and franchises. Its combat and platforming are also spot-on, and the challenging aspects of each scale along with Juan’s repertoire of moves, which are a joy to perform. Though you can team up with a friend for some hard-hitting co-op action, the game rarely takes advantage of the opportunities a second player brings to the table.

The lighthearted atmosphere, challenging gameplay, and tight controls draw you in and blissfully bear-hug you into submission, but Guacamelee’s not without faults. It has a small roster of enemies and the campaign comes up short on length. Thankfully, the included DLC extends your to-do list with a healthy dose of fresh content. The included El Infierno expansion pack contains a series of platforming and combat trial stages that experienced players will find challenging to complete, and perhaps near-impossible to master. Earning sets of bronze, silver, and gold medals are the only way to unlock three of the alternate skins for Juan and Tostada, and since every alternate costume changes their stats, you stand to gain more from your efforts than mere cosmetic changes.

If, however, a new look is what you seek, then the PC-exclusive skin creation tools may help you scratch that itch. There’s a succinct yet helpful tutorial document that outlines mod constraints and gives you a general overview of the production pipeline for new skins in Adobe Flash CS5.5 or above. The design templates for Juan, Tostada, and the chicken are well organized, making it easy for Flash veterans to jump in and alter the existing skins. The clearly outlined hit detection box provides a good guideline for scale and proportion, and so long as you leave the length of character animations intact, you’re free to adjust the stylings of each character's animations to your liking. Sadly, if you don’t own Adobe Flash CS5.5, there’s little you can do out of the gate other than download other people’s creations.

Guacamelee Gold Edition is a fantastic package in terms of gameplay and value. It may not last as long as you want it to, but the inevitable desire to keep playing is testament to its finely-tuned action and creative level design, and with the handy modding tutorial paving the way for Flash users, there’s great potential for the community to jump in and add to the fun. Even if 2D platformers aren’t your thing, Guacamelee’s bound to have something for everyone, whether it’s the humor in the writing and world design, the great combat, or even the ability to transform into a chicken. It’s an excellent ride while it lasts, and with the extra content on board, the PC version is the best way to travel through the troubled town of Pueblucho in style.

View Comments (123)
Back To Top
9
Superb
About GameSpot Reviews 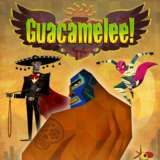 Peter's got 25 years of platforming under his belt, and yearns for the day he can wear his luchador mask to the office. 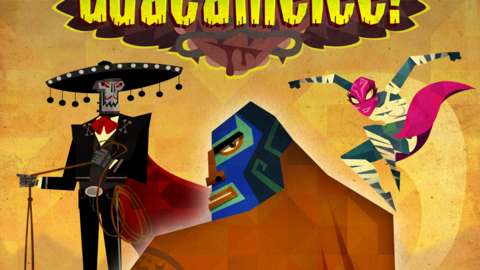 Guacamelee! is a Metroid-vania style action-platformer set in a magical Mexican inspired world.