Despite a slightly gentler learning curve, GTR 2 still demands the most out of your inner race driver.

The PC racing simulation category isn't what it once was. While the PC used to be home to a big variety of classic, in-depth racing sim series, the ever-increasing power of game consoles and the promise of more sales have led many would-be racing developers to abandon the PC altogether. Consider SimBin's GTR 2, the sequel to 2005's GTR FIA Racing, a hearkening back to the good old days of sim racing. It's an expansive and challenging sequel to one of the best racing games of last year and, at its price, it remains one of the best bargains of the year for the PC.

From a content standpoint, GTR 2 isn't that much different from the original. The game still revolves around GT racing--a compelling mixture of multiclass sports cars from makers such as Ferrari, Porsche, TVR, Saleen, and many more, all competing on a cosmopolitan lineup of real-life tracks from all over the world. Additionally, the driving model, which so authentically captured the thrilling yet often twitchy experience of driving a highly tuned sports car in the original GTR, is even more finely tuned in the sequel. The lion's share of the game's improvements, then, can be seen in the slight planing down of the original game's often steep learning curve.

The first and most obvious way the GTR developers have done this is through the driving school, an expansive tutorial that has seemingly been designed to take you from the ground up--from your first moments in the car to competing tightly with the game's demanding artificially intelligent drivers (or with up to 27 other players via the game's excellent online multiplayer racing). Categories covered in driving school include the basics, such as acceleration and braking, up through cornering and overtaking, and finally, into section-by-section breakdowns of many of the tracks featured in the game. Each category includes a text breakdown that covers the theory behind each racing concept, as well as the specific goal you need to accomplish in order to pass that particular challenge. You can also practice the challenge before an "official" attempt against the ghost car or watch the ghost car's lap to view proper braking or turn-in points, which is essential for some of the trickier challenges. By beating challenges, you unlock a host of restricted-class championships that are graded in difficulty levels; some of the first championships you open are quite easy and serve as an excellent introduction to the kind of intense on-track action that forms the heart of the game. Those new to the series are well served by simply going through the basic tutorials in driving school, unlocking a few championships and competing in a few of these early series. In all, if you go so far as to compete in all 142 challenges found in GTR 2, you'll be well on your way to mastering the fundamentals of driving quickly and have a good idea of how the many tracks found in the game operate.

Once you're done with the tutorials and have built up a heap of early-game confidence, you'll find a number of game modes and options in GTR 2 just waiting to beat you down and bring you back to earth. Open practice and time trial are two good ways to improve your lap time. The inclusion of a color-coded racing line feature similar to that found in Forza Motorsport is a nice touch--though the one found in GTR 2 isn't as dynamic as the feature in Forza. As a result, you'll often find points where you can "fudge" the race line in order to gain a few extra tenths. The same can be said for the turn indicator signs that pop up when turning laps, which also suggest the gear you should be in to attack a particular corner. Many times you can safely ignore the recommended gear in favor of what you know works better in a particular car.

GTR 2's three main racing modes are race weekend, championships, and 24-hour race. A race weekend is a single event, complete with multiple practice and qualifying rounds, as well as the actual race itself. Championship mode includes both the 2003 and 2004 official FIA GT seasons, as well as the custom championships you open up by completing challenges in the driving school. New for GTR 2 are the 24-hour races on tracks such as Spa-Franchorchamps, Monza, and China's Zuhai circuit. You can scale down these grueling endurance races to a more manageable size (say one or three hours) and still experience the same gradual day-to-night transition you would in a 24-hour race.

There are three difficulty levels to choose from--novice, semi-pro, and simulation. And, as you may expect, the difference in handling between novice and simulation is dramatic. At the novice level, every option from antilock braking to various aids, such as stability and braking assists, are available to be toggled on and off at your discretion. The semi-pro level turns off most of these aids but leaves traction control and your ABS system intact. The simulation level of difficulty grays out all options and leaves you on the asphalt with only your skill behind the wheel (and whatever deity you pray to) to count on.

And it's there--on the asphalt--that you feel the full brunt of the GTR 2 experience. As in the last game, with all aids disengaged, this is one of the more thrilling and challenging racing experiences you can have. The cockpit view, which features impressively detailed and authentic interiors for every car in the game, puts you in the driver's seat, and lap after lap, you are jostled and thrown around tracks at ludicrous speeds. Every shake and wobble of your car is felt and demands your full attention. Whether playing the game with a joystick or with a wheel and pedal combination (or, heaven forbid, with a keyboard), you find yourself consistently balanced on a knife's edge, trying to pull out the last remaining ounce of speed from your car while fighting against your rapidly degrading tires. A hair too much tire on the curb or just slightly too steep an angle into a corner can spell disaster, such as a spin into the grass or, worse, a full-on collision with the wall--where you'll experience the game's sophisticated damage modeling.

In fact, the biggest credit to GTR 2's refined driving model is that, as a race goes on, you can feel the nature of the car's handling change. Just before you're due for a pit stop, for example, you'll find yourself sliding to the outside of corners you normally could attack at full clip at the beginning of the race, as your worn-out tires begin to work against you. Also, watch your rearview mirrors because the game's smart AI will be apt to pounce on you after the slightest mistake. In fact, if there is a criticism of GTR 2's otherwise sterling approach to driving sims, it's that, even with its concessions toward making the series more approachable for rookies, it's still a tough slog to get on the podium. Even the easier custom championships require a good deal of skill and concentration to win, which isn't necessarily a bad thing--as long as you've set your expectations as such.

Part and parcel with a driving sim game comes a wealth of tuning options for your ride, and GTR 2 absolutely does not skimp here. Everything from fuel strategy to tire pressure, and from springs and camber to toe-in and the anti-roll bar, is adjustable in the game. If you're an experienced virtual gearhead, the wealth of options here will certainly be a boon. For the novice, it will likely seem overwhelming. Thank goodness, then, that the game's online options will let you download user-created sample setups that are organized by track. With a little digging, you can likely find a speedy setup for whatever car you are currently driving; the ability to rate these configurations is also a handy filter for separating the setup wheat from the chaff. Despite this option, however, qualifying still seems inordinately difficult in the game. Even with a tight setup and a good deal of practice on the track, you'll find it tough to place in the upper echelon of cars when the time comes to drop the green flag.

The cars and tracks found in the game are expertly modeled, and on a mid- to high-end computer, you'll enjoy seeing the wealth of detail on display on the tracks. The game's track models are wonderful, capturing the high notes of each--Eau Rouge at Spa, the Parabolica at Monza, and the downhill slide into the never-ending front straight at Barcelona. They also provide enough small details, such as flag-waving race officials and a long train of spectators that line the long straight at Spa, to keep you engaged. The trade-off for all of this quality is that, just as with the last GTR, you'll need a hefty setup to get the game running at a respectable clip. Even with the 3.20GHz/2GB RAM machine we played the game on, we encountered enough frame-rate issues at the default setting to give us concern--it's difficult to imagine the game being very playable at the minimum system requirements of 1.8GHz/512MB RAM. It's also worth pointing out that the series is due for a presentation makeover because the menu system seems largely unchanged from the previous GTR, which is to say it's a bit ugly and confusing.

While you don't necessarily expect a wealth of variety in a racing game's sound presentation, GTR 2 has some audio treats for the attentive listener. First, the sound of the car engines is wonderful, from the gentle, slurring purr of a G3-class Porsche, to the furious, and frankly a bit scary, wail of a TVR T400R. But the fun doesn't stop there. When tearing down the long straight at high speeds, you'll hear the sounds of dust and debris minutely clanking against the bottom of the car; in the turns, you'll notice the protesting squeal of tires as they strain against your steering input; and if you run wide in a turn, your teeth will chatter as your car loudly bumps over the curbing. Whether listening in on headphones or with your PC speakers cranked nice and loud, the game's audio presentation simply transports you that much further into the car. Even the musical soundtrack isn't that bad, depending on your tolerance for the kind of European techno-pop featured in the previous GTR game.

The ability to skip directly past the first GTR game and start with GTR 2 is a testament to this game's quality and its slightly gentler learning curve. Once on the track, though, GTR 2 unapologetically demands your full attention as a participant, which is exactly what a highly tuned and deep racing sim should do. Provided you've got the PC horsepower to run it, this game's level of quality and discount price point practically scream for your attention. 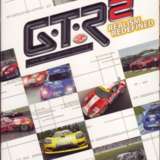