Group S Challenge is a decent but plain racing game that doesn't really excel in any one category.

Group S Challenge is a racing game that attempts to deliver a simulation-style driving experience along the lines of Sony's Gran Turismo series for the PlayStation 2. The game may look good and contain an impressive number of licensed cars, but the game's weak artificial intelligence, along with a few other problems, prevents Capcom's racing game from reaching the finish line.

Initially, Group S Challenge looks to be a strong racing simulation that tries to include and even emulate much of what has made the Gran Turismo series a success on the PlayStation 2. The game's main single-player mode is its circuit mode, which starts you off with just enough cash to buy an inexpensive car, such as a Ford Focus or a Mazda Miata. Your initial purchase puts you on the traditional path of racing against AI opponents for loot in order to trick out your current car so you can win more races, afford a better car, and climb to the top of the circuit. Also included is a standard arcade mode, which lets you pick any of the 47 default cars included at the outset and race against the AI or a second player on any one of Group S Challenge's courses. The split-screen multiplayer in arcade mode works, but isn't very exciting.

The gameplay of Group S challenge is very straightforward--you have an accelerator, a brake, and a handbrake to work with. The car physics have been designed to realistically model real-world racing, so you won't be taking hairpin turns at 90 miles an hour. The vehicles' weight, gear ratio, braking, aerodynamics, suspension, and horsepower have all been modeled after their real-life counterparts. While each car in the game seems to have the correct top speed, the differences from there are harder to pick out, since each vehicle seems to handle and perform very much like the other vehicles in its class. You can, of course, influence the performance of your vehicle in the game's circuit mode by picking up new parts and upgrades that allow you to squeeze more performance out of your car. The system for purchasing parts and tweaking them is simple, but it's also pretty shallow. Controlling the cars when you first start out takes a bit of getting used to, but once you get an idea of your vehicle's capabilities, you'll be able to properly brake and take turns without smashing into walls. The cars handle reasonably well and pretty accurately once you get accustomed to the controls. The game features courses from Tokyo, Australia, and Monaco, and the tracks are well done, with a good variety of power courses with long straights and more-technical courses with lots of turns. Unfortunately, the AI that governs the computer-controlled cars is a surprisingly simple routine that sets the cars on their best individual racing lines and lets them go, and it doesn't seem to take into account the conditions of the track or the other racers. For example, the computer-controlled racers you face in the game don't even attempt to steer around your vehicle if you spin out and end up in the middle of the track until after they've collided with you. In fact, the old racing game trick of moving inside on a turn and using the AI cars as bumpers to get you around the turn safely works quite well.

Visually, some aspects of Group S Challenge are fairly impressive. The cars have been realistically modeled, and extra little details, like different rim designs, are completely noticeable in the game's replay mode. The lighting and reflections in the game also work to make the cars in Group S Challenge look even more realistic as light and surrounding objects glisten and reflect off of the cars. The tracks also look fairly striking, thanks to detailed textures and effects such as traces of tire rubber left on the track. The game does a decent job of providing a sense of real speed, as well.

As for audio, Group S Challenge includes a variety of electronic music that serves as a tolerable backdrop to the racing action, but it isn't particularly noteworthy. The game doesn't support custom soundtracks, either, so your only options are to live with the music you're given or shut it off. The game's sound effects and engine noises are passable, but they don't really differ much from one car to the next.

In the end, Group S Challenge is a decent but plain racing game that doesn't really excel in any one category. While the game certainly looks good and, on paper, seems to have many of the elements needed to emulate a Gran Turismo-type experience, Group S Challenge's weak AI makes for an extremely boring series of races. The game's thin feature list certainly doesn't help, either--online play or a more robust offline multiplayer option would have made for a more interesting package. Ultimately, Group S Challenge may make a decent rental for racing game fans, but there isn't enough to it to warrant a purchase. 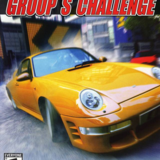 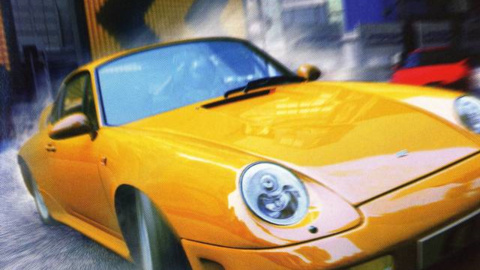 Group S Challenge is a decent but plain racing game that doesn't really excel in any one category.