More than meets the eye.

Painting Gris as a beautiful adventure is almost too obvious. Even amid the crumbling ruins that hint at better days, every element of this platformer emphasizes its undeniable loveliness. From the wide-angle shots and the ethereal music to the delicate way in which you glide gracefully to a far-off platform, Gris is enrapturing in ways that make it hard to walk away from. Though it takes a mere four hours to reach the ending credits, the time spent with Gris is so captivating that it would have felt greedy to stay with it any longer.

In Gris, a young woman finds herself alone in a desolate world. Ruined buildings and broken pillars dominate the landscape, remnants from a lost civilization. Without saying a word, the woman exudes loneliness, moving forward only to fulfill the aching sense of longing that is now her only companion. The feeling of loss is palpable. You wander through a palace that could tumble with one strong gust of wind. Cracked statues lay before you, all of women. Some stand in poses of power, others of thoughtfulness, but all are only relics of what used to be. Savor the sight because the statues, the buildings, the pillars could all be turned to dust when you return.

Your goal is to obtain fragments of light that complete constellations, allowing you to reach other areas. But the dreamy flow through locations is so subtle that it rarely feels as if you’re completing specific tasks. Rather, you guide the young woman down slopes, across balconies, and through ruins because the call to see what wonders await is impossible to resist. For much of the game, I felt lost as I glided across the serene landscapes, unaware of where I was going but curious to see what lay just outside of my vision. Being lost in Gris is different from other games, though. Whenever I wondered if I was going in the right direction, I wandered into a new location just as beautiful as where I had been, and I set off to wherever it felt like I was being led.

As I drifted through Gris’ world, I collected the odd light fragment, but it never felt like the point of my movement--I just wanted to see where the path led me, and I solved puzzles to reach the fragments along the way. These puzzles are not mind-teasers that demand careful concentration or daring trial-and-error obstacles. Rather, you need only figure out how your given abilities work in a specific area to continue onward undeterred. In the beginning, for instance, I had to learn that I could walk up staircases I thought were only in the background. A little puzzle, yes, but one that brings joy when you realize how simple and delightful the solution is.

Later sections have blocks that appear when a light shines upon them or a wintery wind that casts statues of ice in your image, but none of the puzzles are presented in such a way as to stymie a player. Gris is a game in which its lack of challenge is a positive quality because any frustrating section would have derailed the feeling of peace and serenity that it builds so wondrously as you progress. There’s no combat or death to break you from this trance, just pure pleasure throughout. I wanted to explore this world, to see breathtaking sights and soak in the melancholic score, and Gris welcomed this feeling instead of hiding its charms behind tests of skill.

Despite the ease of the puzzles, there are genuine surprises in how you navigate the world. I gasped when I realized a rippling block wasn’t as solid as I had assumed and there’s a perspective-flipping section that made me laugh with joy. The magic of Gris is that it encompasses the varied move set you’d expect in a more demanding platformer, without expecting impressive feats of dexterity to progress. Instead, it introduces all those navigational twists to draw you ever deeper into this fascinating world. Because of its many surprises, it’s the rare game where I wish I could have my memory erased, to play it once more from the beginning, because few games contain surprises that were so affected.

Gris is joyful and sad, a beautiful ruin, contradictions that make these experiences so exciting. The surprises that lay hidden are not plot twists or unlockable goodies but rather moments when the mechanics perfectly complement the aesthetics. Every element is used to engage your sense of awe. Gris is beautiful, yes, but it uses that beauty like a surgical knife. As you climb to the top of a pyramid, with the sun growing ever brighter and the stars beckoning, it knows to pull back the camera, to show how small you stand against the majesty of the universe.

Don’t dismiss Gris as a game so caught up in its artistic splendor that it forgets what medium it's a part of, though. Strip away the resplendent visual design and enchanting score and Gris would still be enticing because of its sense of movement. The young woman moves with graceful purpose. She’s light on her feet but sure-headed, giving her a weightiness that makes it feel like you’re trying to break free of gravity but can never quite do so. There were sections when I would purposely repeat a series of jumps because it felt so good to skirt against the dreamy sky. New powers are unlocked as you get deeper into the adventure, and all of them add another layer of interactivity that not only expands your horizons but feels good to enact.

Gris understands intrinsically how magical video games can be and continually pushes your imagination until you’re almost bursting with joy. The ways in which it reinvents itself as you gain powers and dive ever deeper into this world is truly special, and just as it knows exactly when to pull back the camera or introduce a new song, it’s keenly aware of when it's time to say goodbye. Like a comet streaking across the sky, Gris is full of wonder and beauty and leaves you with a warm glow in your heart.

View Comments (64)
Back To Top
9
Superb
About GameSpot Reviews 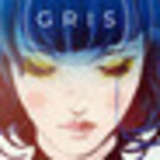 Tom was enchanted by Gris for roughly four glorious hours. A Steam code was provided by the developer for the purposes of this review.