The game has great sound effects and an absolutely amazing soundtrack, featuring songs from artists such as Jurassic 5, GZA, Dr. Octagon, X-Ecutioners, NOFX, and Black Flag.

It's official: The skateboarding game boom is in full swing. EA created a monster in Street Sk8er because - although it was a terrifyingly horrible game - it showed that skateboarding was a viable genre. Soon after, we got Thrasher: Skate and Destroy, and the reigning king of skate, Tony Hawk's Pro Skater. Grind Session is essentially Sony's answer to Activision's super-successful Tony Hawk game, featuring similar control and gameplay goals, thereby making it easy for Hawk fans to dive right in. But the game manages to differentiate itself from Hawk by offering a much more varied list of skateboarding tricks, as well as interesting new gameplay goals in the form of technical lines.

Grind Session features six real-life skaters: Willy Santos, Daewon Song, Cara-beth Burnside, Ed Templeton, Pigpen, and John Cardiel. You can also create your own skater by using four preset models, and one hidden skater is also contained in the game. Aside from the training level and dream-house bonus rooms, there are eight stages in the game, and some are modeled after real-world locales. The Burnside level from Tony Hawk also appears in Grind Session. Remember how hard you tried to jump over the fence and skate next to those trucks in Tony Hawk only to discover an invisible wall that prevented you from doing so? Grind Session lets you live out your Burnside fantasy and hop right over a fence into a parking lot.

In Grind Session, respect is the name of the game. Each level has the potential to earn you 40 respect points. You get ten points for reaching a certain score, ten more for reaching a higher "pro" score, ten for knocking over certain objects that have been placed around a level, and ten for skating each of the level's ten technical lines. Tech lines, which become visible for a few seconds after a button press, are numbered lines. To skate a technical line, you must execute a trick combo that spans every point on the tech line. Easy lines are things like straight rail slides and ramp-to-ramp jumps, but the more devious tech lines force you to really use your head. The harder tech lines are the reason Grind Session has so much replay value. Figuring out exactly how you're supposed to accomplish the tough lines can be a real challenge. As you earn respect, you unlock the higher levels, including two competition levels. The competitions are broken into a street section, a vert section, and a best-trick challenge. The skater with the most points at the end wins, and you'll earn respect according to how well you do. If you get all 40 respect points in a level, you're given access to a room in the dream house. The dream house consists of a lot of cool, skateable objects, such as a large fountain or a shark tank. Spread throughout the dream house are several coins. Collecting all these coins unlocks the game's hidden skater. There are also several different multiplayer modes, such as a variant on Horse, a teamplay mode, and endurance matches. Unfortunately, all of the multiplayer modes are turn-based.

Graphically, the game looks pretty nice. The frame rate is nice and smooth, and the animation is great, especially on the various vert tricks. The environments are absolutely huge, and each level is designed extremely well, with lots of great little secret areas. The game has great sound effects and an absolutely amazing soundtrack, featuring songs from artists such as Jurassic 5, GZA, Dr. Octagon, X-Ecutioners, NOFX, and Black Flag.

Just because Grind Session is in many ways a Tony Hawk clone doesn't make it a bad game. In fact, it's easily as good as the original Tony Hawk in most areas and surpasses Hawk in a few areas, such as the number of available tricks and the character-building option. Grind Session has enough going for it on its own to make it one of the best PlayStation games released so far this year. 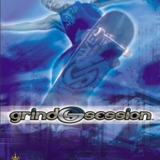 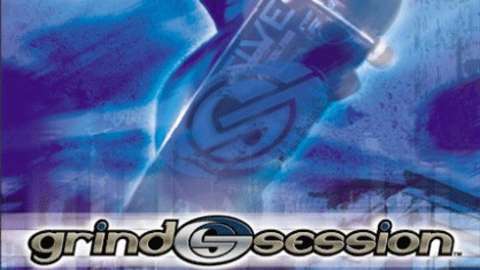 The game has great sound effects and an absolutely amazing soundtrack, featuring songs from artists such as Jurassic 5, GZA, Dr. Octagon, X-Ecutioners, NOFX, and Black Flag.