Green Lantern: Rise of the Manhunters offers predictable beat-'em-up fun and little else.

Hal Jordan isn't the most imaginative fellow. Given a ring that allows him to construct any object he desires, the Green Lantern settles on baseball bats and hammers to dole out bruises. Though they are effective, these typical weapons don't even begin to scratch the surface of his enormous potential. Sadly, that's a theme that carries through the entirety of this space-faring quest. Green Lantern: Rise of the Manhunters offers predictable beat-'em-up action that rarely pushes beyond what you would expect from the genre. It's disappointing that a creative spark doesn't illuminate this movie tie-in, but there's no denying the primitive joy that comes from beating down robots with your mighty fists. Solid mechanics set the stage for your superpowered fisticuffs, and a cache of unlockable weapons serve as decent motivation to keep you punching along. There's little in Green Lantern that you haven't seen before, but that won't stop you from enjoying the Emerald Knight's latest adventure.

Manhunters are robotic beings with an easy-to-guess purpose. They are proficient at hunting down men, but thankfully, not particularly adept at killing. Thousands of these intergalactic machines descend on poor Hal, and you have to do your duty as a Green Lantern to save the universe from imminent peril. Nods toward the expansive backstory should invest comic book fans in the bouts of robot genocide, but the uninitiated might wonder who the characters are and how they relate to one another. When Kilowag refers to Hal as a poozer, it's unclear if it's meant as an insult or compliment, but it doesn't really matter. All you need to know is that robots are the root of all evil. The most noteworthy aspect of the presentation comes from the option to play in an extra dimension. Rise of the Manhunters takes advantage of both 3D televisions and those delightful tinted glasses (two come packed in with the game), which give the game the illusion of depth as you walk into the screen.

The action is plucked from the annals of classic brawlers from years past. Linear levels corral you down a predetermined path, and you unleash soul-crushing combos by alternating between weak and strong attacks. Enemies move in predictable patterns, offering just enough resistance to mitigate the feeling that you're beating down hapless weaklings without ever mounting a formidable threat. If the tides should turn against you, the use of block, dodge, and dash maneuvers provide adequate options to get you out of harm's way so you can resume your offensive assault. It's a tired formula that's made more interesting by the assortment of weapons you unlock during the course of the journey. For starters, swords and hammers make up your standard attacks, and it's more fun wielding these energetic weapons than just punching like a normal dude. From there, you gain access to everything from maces to spiked mines, and it's worth plowing through waves of enemies just to see what you'll unlock next. Rise of the Manhunters never gets as ridiculous as you might hope, but there's no denying the silly fun that comes from throwing a jet craft at a group of meanies.

Variety comes in the form of forced scrolling levels that show off the Ringed Wonder's flying ability. These forays to the sky are exceptionally easy and focus on the destructive powers at your fingertips rather than the skillful dodging that traditional shoot-'em-ups embrace. Because of this direction, these are the weakest aspect of the game. Triumph requires little more than holding down the fire button while puttering around the screen, and you don't even get to mess around with the goofy weapons from your ground-based battles. Boss fights also fail to add much to the game. An assortment of oversized monsters with inflated life bars attempt to thwart your progress, but these duels lack the chaotic energy that could have punctuated this adventure. Thus, you just dutifully avoid their attacks while focusing on their glowing weak points, and the drab predictability fails to enliven this ho-hum experience.

The biggest problem with Rise of the Manhunters is that you don't get to look forward to any monumental encounters. Defeat some foes, solve some easy puzzles, and repeat until your thumbs grow tired. Even your wealth of powers can't shield you from the encroaching repetition forever, so you're left with a tried-and-true adventure that is devoid of attention-grabbing highlights. The game still manages to stay fun partly because the core mechanics work so well. Controls are solid, so you can smoothly switch between weapons and combo enemies into oblivion without any problems. Tight collision detection also ensures that even defensive players can do their best turtle impression without unfair retaliation. These small elements have a huge impact on the game. You can focus on beating enemies senseless instead of trying to coax the game to respond to your wishes, which removes any potential frustration that might distract you from the fun.

Despite offering an uninspired adventure for the green-garbed hero, Rise of the Manhunters still provides a good time, especially if you team up with a friend. Playing with a buddy is unfortunately limited to local play, but beating down bots with a pal keeps things feeling fresh. It's a shame that Manhunters doesn't take advantage of the impressive powers Hal Jordan has at his fingertips, but this is still an enjoyable experience that should keep you entertained for the seven hours it takes to reach the credits. A little creative ingenuity could have turned this into something worth taking note of, but the lack of ambition doesn't strip away the fun entirely. It's impossible to give Rise of the Manhunters a ringing endorsement because of its reliance on genre staples, but solid mechanics and empowering unlockables make it a decent movie tie-in. 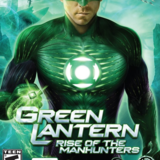 Green Lantern: Rise of the Manhunters
Follow
$13.41 on Walmart
Buy 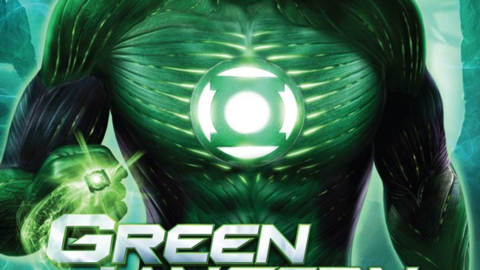 Green Lantern: Rise of the Manhunters

Green Lantern: Rise of the Manhunters is an action adventure that will be available in conjunction with Warner Bros. Pictures' superhero feature film, Green Lantern.

6.8
Sign In to rate Green Lantern: Rise of the Manhunters