Greedfall Review - Lost In Another World

There's religious fanaticism, and then there's Inquisitor Aloysius from Greedfall, a man so excessively villainous his whole schtick borders on farcical. A member of Thélème, one of the game's six factions, he appears when you first step into the town square of the city San-Matheus. What draws your eye is the sight of a hulking woodland beast howling in pain while tied to a stake in an enormous burning pyre, as a captured native islander looks on helplessly. When asked why the creature and his people are subjected to such cruelty, the Inquisitor bellows an odious response about cleansing the corrupt souls of his tribe. Then in one swift movement, he yanks the islander's head, stabs the poor soul with a knife, and yells obscenities about heresies into the sky.

That uncomfortable scene is emblematic of the plot in Greedfall; its tales of colonialism and political subterfuge are tackled with such little nuance that it verges on parody. The islanders wear face paint, have heavy accents, and venerate the woodland beasts as deities, while the cardinals, bishops, and alchemists refer to them as savages that need enlightenment or salvation. Greedfall relies heavily on these kinds of blunt narrative tropes for its setting, much in the same way it does on a very familiar open-world RPG structure. And while it's very easy to lose yourself in its competent, if comfortable, formula, it means that Greedfall ultimately feels unremarkable at best.

You play as the charming diplomat De Sardet from the Congregation of Merchants, who's in charge of brokering peace between two warring factions: the Thélème, a theocratic nation that preach their gospel heavily and want to convert as many natives as possible, even if it's by force, and the Bridge Alliance, home to a nation of alchemists who wield their vast and incomparable knowledge of science for political ends.

Both factions want to colonize a mystical island called Teer Fradee, which is brimming with fantastical flora and fauna. They, as well as the clans of indigenous people who are resisting their incursions, seek your help for their own ends. But that's not all; you also have something you want from the island: the cure for the Malicor, a mysterious plague devastating your home. In short, everyone wants a piece of this enchanted isle, and your task is to navigate through this political minefield for the best outcome--whatever you think that is.

Greedfall attempts to tweak certain aspects of its otherwise conventional colonialist plot (the islanders aren't depicted as crazed natives or hungry cannibals, and the factions are somewhat multicultural), but beyond a vague sense of awareness about its oppressive legacy, Greedfall's heavy-handed themes never make way for anything more nuanced or interesting. Sure, it highlights the exploitative behaviors of the Thélème and Bridge Alliance factions, but their actions are so moustache-twirling malicious that they become mere caricatures of evildoers.

Even your companions and other characters are cookie-cutter emblems of their group: Siora is the native princess who wishes to seek peace for her clan; Petrus is the religious Thélème advisor with tons of political savvy; and Kurt is the loyal, headstrong mercenary whose stoic demeanour can barely disguise his world-weariness. Most damning of all is your character, De Sardet, who, as the big hero, embodies the "white man's burden" allegory that also plagues other colonial-themed narratives; it's all on you to liberate the natives or unite the factions against them.

Greedfall's saving grace is that its role-playing systems are adequate, and the game's greatest strength is how well it sticks to what is tried-and-tested. It features mechanical design that's common in the genre--exploring, looting, questing, etc--but it's also savvy enough to incorporate the best versions of these elements--most notably it feels like it draws inspiration from CD Projekt Red's The Witcher 3, a title I couldn't stop making mental comparisons to.

At the beginning, you're given the choice of playing as one of three character archetypes: the melee-focused warrior, the stealthy gunslinger, or the spell-wielding tactician. But you're also given the flexibility to break out of these standard classes through an array of skill trees. As you progress through the game, you can freely invest hard-earned points, which opens up a variety of methods you can approach combat with and even how you resolve quests--be it bludgeoning your way through conflict with a two-handed axe or wearing a horde of rampaging beasts down with poison traps.

And, as has become common in open-world RPGs, Greedfall also comes with a crafting system. Materials are in abundance--enemies, from human foes to wild animals, drop them frequently, while crates and jugs across most cities are bursting with goodies you can loot. One constraint, however, is that you can only craft upgrades to armor and weapons you own, rather than cobble brand-new equipment altogether. This streamlines crafting, and it also encourages you to still seek out better equipment. Meanwhile, combat is more than just a frenzied blur of swords and gunplay too; you can make tactical pauses to examine your enemies closely, change your target, consider your combat options, or silently contemplate how stunning your swashbuckling buccaneer looks in the heat of action.

Greedfall suffers from some bugs, primitive systems, and even glaring spelling errors, however. Some dialogue is clearly skewed towards a male De Sardet; in my playthrough as a female De Sardet, several characters still referred to me as "he." The stealth mechanism is also unintentionally hilarious. When on a stealth mission, enemies tend to treat companions as invisible; they will not notice two big, oafish men blundering about in front of them, but will jump out of their skins when they notice De Sardet peeking out from behind a nearby crate. Romancing your companions is also another thing you can do in the game, but the moves you need to make to get into their hearts (and under the sheets) are so perfunctory, it’s almost unmemorable. You engage in a three-part companion quest with the lover of your choice, where you'll find conversations that give you the chance to maximize your romance meter. But the game makes it obvious when you've said something wrong (characters will retort back unhappily, accompanied by a numerical drop in your reputation), so it's an easy process to save scum, and the ultimate reward is a not-very-saucy bedroom cutscene.

In spite of the game's blundering narrative issues, it's still easy to get hooked into the rhythm of exploring, crafting, brawling, investigating, and interacting with the host of characters and beasts, while getting lost among the beautiful lush greenery of Teer Fradee. Running into more challenging enemies or engaging in boss fights are a particular treat, since it's an opportunity to pit your hard-earned combat abilities against formidable foes. And tucked within the story, as hackneyed as it is, are occasional glimpses of genuine humanity, such as De Sardet's close relationship with their cousin Constantin, who's also the new governor of Teer Fradee.

But ultimately, because Greedfall is so cavalier about its colonialist themes, and because it plays it safe by sticking so closely to the template of open-world RPGs, it doesn't really feel revelatory in any way. Instead, it's content to be just another digital playground--just another world filled with magic, riches, secrets, and monsters for players to shoot and loot at will. I did have fun when I got lost in its familiar RPG loop, but its lack of nuance or innovation prevents it from being truly remarkable.

View Comments (246)
Back To Top
5
Mediocre
About GameSpot Reviews 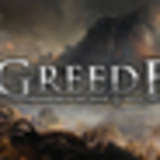 Khee Hoon spent about 33 hours on Greedfall on PC to get as much out of the experience as possible, and was exhausted by the end of the run. Review code was provided by the publisher. 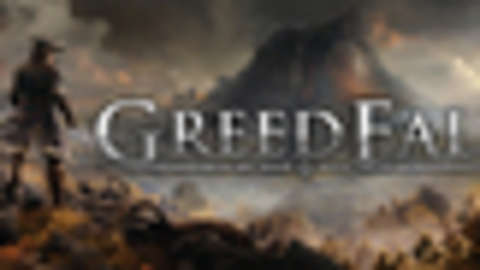