I'll tumble for you.

The original Gravity Rush had many positive qualities, but controlling Kat, its upbeat and unusually skilled hero, was the reason to play the game. With the ability to control her center of gravity, you could walk on walls and ceilings, and--most important of all--fly through a magnificent floating city in the clouds. The unusual gravity-based nature of Kat's powers made the age-old concept of flight feel fresh and managed to carry the imaginative yet underdeveloped adventure. But by the end, with untapped potential and numerous unanswered questions hanging in the air, Gravity Rush felt like it needed a sequel to finish its tale.

More than just a simple follow-up, Gravity Rush 2 exceeds expectations, filling in lingering gaps while simultaneously telling a new story. It also crucially doubles down on depth and scale, significantly increasing the scope of the adventure and the number of optional missions. Like the first game, you spend most of your time peacefully flying around looking for key items and characters to move the story along. But when the alien-like Nevi appear, Kat turns full action superhero.

Kat can pick off small enemies or weaken large brutes from a distance by magically throwing inanimate objects, but you typically rely on her kick abilities to get the job done--quick-and-dirty combos on the ground and measured homing attacks in midair. Nevi have sensitive red orbs on their bodies, and while you’re required to target them to inflict damage, built-in aiming assists make your life a little easier.

Kat eventually learns two new "styles" that mix up her relationship with gravity. Rather than merely changing the direction of gravity and falling at a fixed speed, the Lunar style makes Kat move in a floaty manner, with persistent low gravity, and makes her auto-targeting more effective. It also gives her the ability to leap great distances. The Jupiter style allows Kat to hit harder, but she moves in a much more deliberate, weighty manner. Kat's powers never feel lacking to begin with, but these additions give you a few new tools to wield during combat. Thankfully, you're rarely forced to use one style over the rest, so you're free to experiment and devise your own fighting style most of the time.

Fighting in midair in Gravity Rush 2 feels a lot like it did in the first game: exciting and unusual, and at the mercy of the camera. It's relatively easy to look past this issue since the camera only gets temperamental on occasion, but during tense, prolonged battles, this issue isn't as easy to reconcile.

Kat's story is reestablished months after the conclusion of the first game, though you spend quite a bit of time in new locations before reconnecting with her past. After the appearance of a mysterious gravity storm, Kat and her detective friend Syd are violently whisked away to a mining camp. Dusty, Kat's feline guardian and the source of her power, is nowhere to be found.

Before she can locate Dusty and regain her powers, Kat has to navigate a slave-like existence at the camp. While this section does feel a little deflating given that Kat's powers are the first thing you want to explore, it thankfully doesn't last too long. If nothing else, the intro helps set up the new cast of characters and a new conflict for Kat and Syd to wrestle with.

After you break out of the intro, you're brought to a divided society where the rich live in opulence above the clouds, while the poor try to scrape by below. In working to bridge the gap between the two social classes, you come to realize that the poor aren't the ill-natured thieves the rich make them out to be; the rich, on the other hand, are mostly as slimy and greedy as you imagine. The examinations of these topics aren't revelatory or groundbreaking--Gravity Rush 2 loves silver linings--but they lend a small amount of relatability to the otherworldly realm.

Given the open world nature of the game, you’re free to explore its locales and pick from a selection of activities and missions that are automatically pinpointed on your map. With over 20 episodes and at least 40 side missions--including skill trials--boredom is never an issue. Through expressive avatars and minimal but effective voice acting--and the joy of flight, naturally--even basic missions are a treat and rarely feel like filler content. Gravity Rush 2 goes to great lengths to connect side missions back to the main story too, revealing new facets of seemingly minor characters that enhance your understanding of their position in society--and, thus, your perspective of the bigger picture.

Simply flying around the world is a captivating experience in its own right, both for the innate thrill of flight and for the beauty of your surroundings.

The only types of missions that wear thin are those that force basic stealth rules. Sometimes you have to sneak around a soldier-filled base and avoid their sightlines while you make for a key location, or you may trail a suspicious character to gather intel. These brief missions aren't very challenging, but should you be spotted, you're immediately kicked back to the last checkpoint. They aren't a major intrusion, but by and large, these missions fail to leverage Kat's strengths, and come across as dull compared to the rest of her high-flying adventure.

Truth be told, you don't even need to engage with missions to enjoy yourself. Simply flying around the world is a captivating experience in its own right, both for the innate thrill of flight and for the beauty of your surroundings. The world pops with color and character, building on the first game's strong, Studio Ghibli-esque visuals. And basic exploration is once again made more rewarding by the hundreds of gems--used for ability upgrades--strewn across the map. Kat flies with an awkward grace that feels totally unique, and though you occasionally need to let her fall for a second or two to recharge her power during a long flight, there's an undeniable sense of freedom to flying through the world, unencumbered by architecture or enemies.

Beyond littering the world with collectible gems, Gravity Rush 2 incentivizes casual exploration by introducing emergent events, generated by other people playing the game. On a regular basis, notifications pop up when you're flying to and fro, indicating a nearby treasure hunt. Accept the challenge and you’re whisked away to a specific point on the map. You're then given a chance to examine a photo of the relevant location in order to pinpoint landmarks and zero in on a treasure chest within a limited amount of time. This provides a fun diversion that tests your observation and navigation skills in new ways, and if you generate a photo that helps another player successfully locate some treasure, you'll receive a small reward for your work. It's a small touch, but treasure hunts also reinforce the feeling that you're part of world that operates independently of your adventure, befitting the new large, lively open world.

After more than a dozen hours of helping the poor, supporting your friends, and uncovering corruption at the highest levels of government, Gravity Rush 2 concludes its new tale before revisiting Kat's origin story. In the final act, you discover the answers to the biggest mysteries laid out in both games. You have to do a little detective work at first to get the ball rolling, but once you find the path forward, Gravity Rush 2 delivers a series of exciting, over-the-top boss battles--one with an unmistakable likeness to the olympic stadium battle from Akira--and narrative-heavy scenes that delve into Kat's pre-Gravity Rush past.

With a wealth of stories big and small to chew on, Gravity Rush 2 fulfills the needs of both a sequel and a prequel. The first Gravity Rush had enough going for it, but Gravity Rush 2 is stuffed with things to love. While its stealth missions are lame and it's disappointing to experience camera issues from time to time, Gravity Rush 2 excels in almost every other respect, making its predecessor seem quaint by comparison. This is easily one of the best video game sequels in recent memory, and an adventure truly worthy of its excellent lead character.

View Comments (339)
Back To Top
9
Superb
About GameSpot Reviews 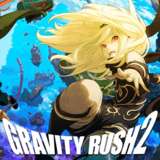 Peter completed Gravity Rush 2 in about 20 hours using a complimentary copy of the game provided by Sony. He previously completed the original Gravity Rush on PlayStation 4.