This superb downloadable episode for GTAIV would be easy to recommend even if it were a full retail product selling for three times its actual price.

The current iteration of Liberty City is home to a great number of interesting people, but until now you've been able to play only as two of them. In Grand Theft Auto IV you assumed the role of illegal immigrant Niko Bellic as he stepped off a boat from Eastern Europe. In The Lost & Damned downloadable episode you played as biker gang member Johnny Klebitz. And now in the The Ballad of Gay Tony, which is being released both as a downloadable episode and as part of the Episodes from Liberty City stand-alone retail product, you play as nightclub owner Tony Prince's business partner and confidant, Luis Lopez.

Despite the fact that he shows no remorse, and even appears to enjoy killing people for money, Lopez is a multifaceted and extremely likable protagonist. In part, that's because he's clearly someone who wants to better himself after doing a stint in prison for dealing drugs as a teenager, even if he's not going about it in a way that any parole officer would approve of. Lopez is loyal to a fault, so while the missions you undertake in his shoes are rarely selfless acts, you often perform them primarily to help other people out. A lot of the time it's his business partner, Tony, whose life needs sorting out, but missions also come courtesy of childhood friends, the always-amusing son of an Arab billionaire, the older brother of a previously prominent character, and a disapproving mother who has fallen on hard times, to name but a few.

Depending on how you play and choose to move around the city, Lopez's never-a-dull-moment story will likely take you around 10 to 12 hours to play through. Mandatory missions are significantly more varied than those in either the original game or the previous downloadable episode. To cite examples would be to risk spoiling some of the most memorable moments, but in addition to the regular gunplay and driving, you can expect missions to incorporate plenty of helicopter combat and parachute jumps, a handful of cage fights, and even something resembling a game of golf. You can also expect to experience some missions from both Niko's and Johnny's stories from a different perspective, which will bring a smile to your face if you've played through them before. All of these missions are a lot of fun, and your performance in each of them is now rated based on the time taken, damage sustained, enemies killed, and other mission-specific criteria. Scores are then uploaded to online leaderboards, and once you've beaten the game, you have the option to revisit any mission in an attempt to improve your rating or just to play through your favorites again.

In addition to story missions, Liberty City is again filled with all manner of optional activities--many of which expand upon gameplay mechanics introduced as you progress through the game. For example, base jumping isn't something that you're required to do very often, but it's so easy to grasp and so much fun to do that after your first freefall you'll almost certainly want to check out all 15 of the optional jumps that are scattered across the city. Furthermore, there's a good chance that you'll end up making some of them multiple times, not only because riding a motorcycle off the roof of a skyscraper and then parachuting down onto a moving boat is a blast, but also because each jump has its own objective (typically a target on the ground or a moving vehicle) and is scored in the same way that missions are.

Drug Wars, another optional undertaking, are another great addition. Early on, there's a distinct lack of gunplay in Lopez's storyline, and while that's certainly not the case for the duration, you're undoubtedly going to be looking for an excuse to play with some of this episode's new weapons. Sticky bombs, a .44 pistol, an advanced sniper rifle, and an automatic shotgun with explosive rounds are all excellent additions to the GTAIV arsenal, and they're way too much fun to just have them sitting in your inventory. And that's where Drug Wars challenges come in: There are 25 in total, and they generally involve plenty of shooting as you help a couple of smalltime dealer friends to rip off their rivals.

If you'd rather test the expanded arsenal against other players than against street gangs, you can hop into The Ballad of Gay Tony's multiplayer suite at any time via an option on your in-game cell phone. Unlike The Lost & Damned, which introduced a number of brand-new modes to GTAIV, this latest episode only offers modes from GTAIV, albeit enhanced with a few new features. The Free Play mode now seems designed primarily for players who want to make parachute jumps and impress one another with stats that let everyone know how long you were falling for and how close to the ground you opened your chute; Deathmatch and Team Deathmatch games benefit from the inclusion of new weapons and location options; and Race and GTA Race contests (the latter are races that encourage the use of weaponry) play quite differently now that every vehicle comes equipped with a nitrous tank that gradually refills after every death-defying use. New street circuits have clearly been designed with nitrous use in mind, because they incorporate lengthy straight sections and some spectacular jumps.

When you're not taking down drug gangs, jumping from tall buildings, or racing exotic sports cars that have never been seen in Liberty City before now, you might opt to spend some time at one of the nightclubs that you partially own, either partying or putting in some hours at work. If you do the former, you can take part in a simple champagne-drinking minigame in the VIP area or strut your stuff on the dance floor in a rhythm-based game that starts out simple but has the potential to get more challenging if everyone else on the floor decides to join in with a full routine. Other potential outcomes when you start dancing with a girl don't involve gameplay at all, and while they're hardly surprising, they're still pretty amusing.

Working in the club is a quite different experience, and while there's still some interaction with members of the fairer sex to be had, much of your time is spent walking around and keeping an eye on things. Standing in certain spots will shift you to a first-person perspective so that you can look for trouble more easily, but it's a message in your earpiece that alerts you when, for example, a drug dealer is operating inside the club and needs to be ejected. Time spent working in the club isn't particularly entertaining, and it would more or less be a waste of time if it weren't for the random missions that crop up and bring your shift to an end prematurely. These play out a lot like story missions and can include anything from helping a high-profile patron escape the paparazzi to running halfway across Liberty to fetch a snack for a supermodel while her assistant calls you every two minutes for an update.

As you'd expect, there's no shortage of humor in The Ballad of Gay Tony, and while plenty of it comes in the form of phone conversations during gameplay, a great deal of it is deftly delivered during cutscenes that are noticeably longer than those in previous games. Both Lopez and the titular "Gay" Tony Prince are wonderfully voiced and animated, but it's tough to call them standouts because there are so many other characters who are every bit as impressive. The cast is arguably even better than that in GTAIV, which perhaps isn't surprising given that a couple of the best characters from Nico's storyline make cameo appearances in Lopez's.

If you've revisited Nico's storyline recently, or Johnny's for that matter, you've probably noticed that GTAIV's visuals are starting to show their age. It's still impressive to see an environment the size of Liberty City rendered with such attention to detail, but jagged edges and frequent, noticeable texture pop-in are a little more difficult to overlook now than they were almost 18 months ago. The audio, on the other hand, continues to be impressive. The city sounds like a city, vehicle engines have satisfying roars, conversations between pedestrians often raise a smile, and the inhabitants of Liberty are spoiled for choice where radio stations are concerned. Incidentally, you can find new content on the TV in Lopez's apartment, including not only the latest episode of the Republican Space Rangers cartoon, but also an amusing anime spoof titled Princess Robot Bubblegum.

The Ballad of Gay Tony wouldn't be difficult to recommend as a full retail product, so at 1,600 Microsoft points this downloadable content really is a steal. There's a lot of content here, even if you just play through the superb story without ever checking out any of the optional activities. You might be disappointed that this episode doesn't bring much in the way of new multiplayer content to the table, and it's true that one or two of the optional activities aren't as much fun as they might have been, but the incredible value offered by The Ballad of Gay Tony is undeniable. This is superb additional content for one of the very best games of last year, and you won't want to stop playing it until you've sat through the entertaining and enlightening end credits.

View Comments (1)
Back To Top
9.5
Superb
About GameSpot Reviews

Justin's youth was largely misspent playing Commodore 64 and Amiga games. He left the UK's Official PlayStation Magazine to join GameSpot in 2000, believes that he's one of the best Speedball 2: Brutal Deluxe players in the world, and puts HP Sauce on everything. 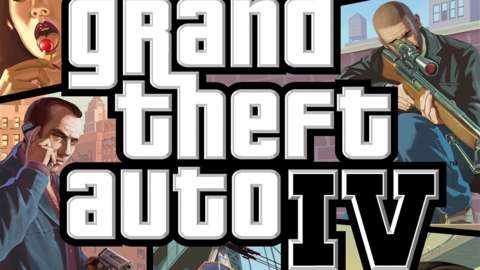