Grand Theft Auto III is a faithful port of a truly exceptional game.

Since its release last October for the PlayStation 2, Grand Theft Auto III has become one of the most popular games ever made. Far superior to its predecessors, GTAIII let you go on a free-form crime spree in a surprisingly lifelike city. It was so successful that, even amidst stiff competition from games such as Halo and Tony Hawk's Pro Skater 3, it earned GameSpot's Video Game of the Year award, both from GameSpot's editors and its readers alike--and the accolades didn't stop there. Now, publisher Rockstar Games has finally released a version for the PC. And while it has somewhat steep hardware requirements and doesn't offer any significant new content, it doesn't manage to screw anything up either. Six months after its initial release and in a relatively unchanged form, Grand Theft Auto III still remains a great, great game.

The basic appeal of GTAIII is the ageless fascination with using firecrackers to blow up model cars, staging horrific toy-train wrecks, and lighting plastic army men on fire. It sets you down in the middle of a detailed clockwork world, presents you with a physics model and a wide variety of interesting objects to interact with, and then gives you the freedom to smash them into each other and enjoy the resulting mayhem. Within this metasandbox mode, you're also presented with a series of missions, which tell the ongoing story of your life of crime among the game's cast of unsavory characters.

While these 73 missions provide a proper plot and a beginning, middle, and end to the game, you can attempt them at your leisure. In between the missions, you're free to do whatever you want, either on foot or in any number of vehicles, most of which you can relinquish from their owners at the touch of a button. Other than the always satisfying manufacture of general chaos, there are plenty of more-structured tasks to undertake. For instance, if you steal a cab, you can begin accepting fares in what amounts to a nearly complete re-creation of Crazy Taxi. Police cars, fire trucks, and ambulances also each have timed subgames associated with them. In addition, there are 20 mass-destruction challenges (called "rampages"), 100 hidden packages to find, and 20 cinematic superjumps hidden throughout the city. Completing these side tasks grants you various bonuses, ranging from access to extra weapons to cash bonuses.

The real star of the game, however, is the environment itself--a corrupt municipality called Liberty City. Scotland-based developer DMA Design (recently renamed Rockstar North) has done an amazing job of creating a living city dense with detail. The streets are busy with both pedestrian and vehicle traffic. Time passes, the sun rises and sets, and different weather patterns move in and out. And unlike in most games, you can actually drive to the skyscrapers on the horizon several miles away. What's more amazing is that the huge city is presented as a virtually seamless world. There is a short one-to-two-second loading time (down from the PlayStation 2's five to seven seconds) between the city's three districts, but otherwise the only breaks for loading occur momentarily before mission cutscenes.

The PC version permits you to play the game in resolutions as high as 1600x1200, a huge leap over the relatively low-res PlayStation 2 version. In addition, the textures have been reworked and are now much sharper. Details, like some store signs, that were blurry on the PS2 are now clear enough to read easily. The polygon counts, on the other hand, are unchanged. The higher resolution makes the simple geometry stand out, especially on the character models. However, the impressive view distance and general amount of activity on the screen counter the somewhat chunky models. Pop-up is a more serious problem. The "bubble" in which active objects in the world exist ends long before the horizon does. On a long stretch of straight road, vehicles and people simply materialize in the distance. On the low-res, fuzzier PS2 version, this effect was much less noticeable. It would have been nice if the object draw distance had been made adjustable, but it's more of a minor visual distraction than something that actively interferes with gameplay.

It's worth noting that the enhanced graphics come at a price. We tested the game on the "recommended" system--a 700Mhz CPU with 128MB of RAM and a 32MB graphics card--and were required to turn every detail to its lowest setting to make the game playable. And even then, it stuttered enough that the PS2 version seemed like the better alternative. It's hard to imagine that Grand Theft Auto III would run at all on the so-called minimum specs. Fortunately, when we tested the game on a higher-end system, with a newer graphics card and a faster processor, we experienced significantly better results.

Sound remains excellent. For character voices, Rockstar managed to recruit some well-known actors, including Joe Pantoliano, Michael Madsen, Kyle McLachlan, and Robert Loggia. The nine radio stations from the original (which you'll hear playing when you hop inside a vehicle) are all intact. They feature a mix of music, from rap to classical, and even include a legitimately funny talk radio station. An option has been added to program a 10th station with your own MP3s.

The open-ended play style of Grand Theft Auto III creates a lot of amazing, unscripted moments. The lack of any instant-replay feature to capture these scenes was one of the only major missteps of the PS2 version. Fortunately, a replay option has been added to the PC port. Unfortunately, it's not very good. Pressing F1 at any time starts a replay of the last 30 seconds of gameplay. However, no camera controls-- other than a free look around your position--are available during the replay, nor are there any video controls, such as fast forward, rewind, pause, or frame advance. What's more, the replays are often more of a close approximation of what happened rather than a strict re-creation. For instance, the timing of events, like a car bursting into flames and exploding, may differ from the actual incident to the replay. You can save a replay by hitting F2, but you can save only one replay at a time, because each save simply overwrites the last one. You can Alt-Tab out of the game and make a backup of the file, but that's not exactly an elegant implementation. The replay system is so absurdly bare-boned that it feels like more of a hastily thrown together afterthought than a significant additional feature.

However, one excellent new feature of the PC port makes up for the botched replay system: mouselook. The ability to freely look around improves every aspect on the on-foot controls. General exploration is easier, and aiming is no longer a chore. The PS2 version implemented an auto-target lock-on system to compensate for the lack of fine mouse control. On the PC, enabling mouselook disables the auto-target system. But even though this means you can no longer run in one direction while firing back over your shoulder, it's no great loss when compared with the benefits of mouselook. If you can't live without the lock-on feature, you still have the option to switch the control scheme back to "classic" mode, which reenables it. No support of steering-wheel controllers is included, though it's hard to imagine switching between the steering wheel and the keyboard as often as would be required while playing that way.

Judged solely as an enhanced port, Grand Theft Auto III is a little lacking. Other than the addition of mouselook--whose beneficial impact on gameplay cannot be understated--nothing much has been added. There's no new content, the replay feature is pretty bad, and by improving just some of the graphical elements, the overall visual effect has arguably gotten worse. But--and this is a big "but"--GTAIII is a faithful port of a truly exceptional game. As long as you have a PC an order of magnitude greater than publisher's recommended specs, then you'll find in Grand Theft Auto III one of the most inventive and satisfying action games of all time.

View Comments (7)
Back To Top
9.3
Superb
About GameSpot Reviews 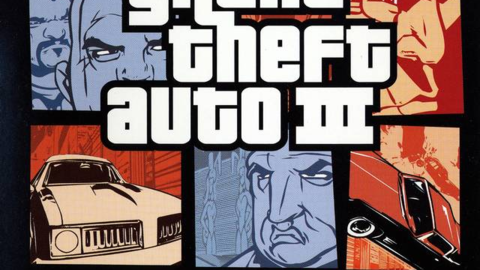