If you've already played through last year's Grand Theft Auto IV, you have a pretty good idea of what to expect in Episodes from Liberty City. The included episodes--The Lost and Damned and The Ballad of Gay Tony--take place concurrently with the original game's storyline, and while each introduces a handful of new features, the core gameplay remains largely unchanged. The option to purchase these episodes together as a stand-alone product is awesome if you enjoyed GTAIV but have since parted with your copy, and even if you passed on original protagonist Niko Bellic's adventure completely, there's no reason you can't have a great time with new boys Johnny Klebitz and Luis Lopez. With that said, you'll definitely get more from these episodes if you played GTAIV beforehand, because nods and winks to that game are scattered liberally throughout.

For the same reason, you'd do well to hold off on playing The Ballad of Gay Tony until after you've beaten or at least spent a good amount of time with The Lost and Damned, which was first released as DLC some eight months earlier. In that episode, you assume the role of Johnny Klebitz--a high-ranking member of the Lost biker gang who regularly disagrees with its trigger-happy leader, Billy Grey. Klebitz, who isn't a particularly likable protagonist, sees no need for the gang to go to war with rivals The Angels of Death, but anytime the two gangs clash, you end up doing most of the killing anyway. New weapons added to the existing GTAIV arsenal in The Lost and Damned include a grenade launcher, pipe bombs, and shotguns, which come in both sawed-off and assault flavors. These weapons are very much in keeping with both the episode's subject matter and its gameplay, and since Klebitz spends so much time riding motorcycles, you can use some of them while in the saddle--which wasn't possible in GTAIV.

Another neat feature introduced in The Lost and Damned, which also made it into The Ballad of Gay Tony, is a mission checkpoint system. Some of the missions take a long time to beat, and a good number of them involve riding or driving to locations that might be a good distance away before the action really gets under way. In GTAIV it could be frustrating to fail these missions, because doing so meant restarting them from the beginning, but the checkpoint system addresses that problem by giving you the option to restart from the last checkpoint that you made it through successfully. Unlike the more inventive and varied missions in The Ballad of Gay Tony, the missions in The Lost and Damned rarely deviate from the original GTAIV formula. You get to ride alongside your gang brothers occasionally, and you can call for backup from them during certain missions, but playing as Klebitz feels a lot like playing as Bellic for the most part.

If you've played through a good portion of GTAIV, it should come as no surprise that Klebitz's and Bellic's paths cross occasionally. Sometimes it's as subtle as the pair simply having a mutual acquaintance, but in one mission the two characters briefly work alongside each other, and if you remember said mission from the original game, you'll get a real kick out of seeing the events unfold from a second perspective. The Ballad of Gay Tony does an even better job of referencing characters and content from previous Liberty City outings and actually kicks off with a cutscene set during one of Bellic's most memorable missions. Lopez has a very different group of friends and acquaintances than the other two protagonists, but he's a killer-for-hire and he dabbles in drug-dealing, so he inevitably ends up moving in some of the same circles--or at least looking at them down the barrel of a gun. Again, you get to see a handful of missions play out from a second or even third perspective, and given Lopez's penchant for parachutes and the prominence of helicopters in his episode, his view is often very different.

Parachutes are perhaps the most obvious new feature introduced in The Ballad of Gay Tony, and while there aren't many missions that use them, those that do are definitely some of the episode's best. You can use parachutes outside of story missions as well, and the controls while falling are easy enough to grasp that you'll be hitting the centers of targets, gliding through rings in the air, and landing on moving vehicles in base-jump challenges in no time. Other activities that you're introduced to during Lopez's never-a-dull-moment story include dancing and drinking minigames, hitting golf balls at a driving range, and competing in and betting on cage-fighting tournaments. You're not likely to spend a whole lot of time with any of these optional activities, but they're fun to check out once or twice, and they compare favorably to the arm wrestling, air hockey, and hi-lo-card games introduced in The Lost and Damned.

When you're not trying to progress through one of the episodes' stories or killing time with optional activities, you might like to put your skills to the test online in games that support up to 16 players. Each episode comes with its own multiplayer modes. The Lost and Damned has seven (detailed in this multiplayer impressions video), and in addition to the requisite Deathmatch, Team Deathmatch, and Race options, there are some really inventive ones. They include Chopper vs. Chopper, in which a player on a bike has to race through checkpoints while a player in a helicopter gunship tries to stop him, and Witness Protection, which casts one player as a bus driver that a team of police must protect from a team of bikers. Club Business is a lot of fun as well, since it lets you and up to seven other players play as a biker gang and complete missions cooperatively.

The Ballad of Gay Tony, on the other hand, has only four multiplayer modes, and they're all enhanced versions of modes from GTAIV. The Deathmatch and Team Deathmatch modes benefit from the inclusion of new weapons like sticky bombs, an advanced sniper rifle, and an automatic shotgun with explosive rounds. Meanwhile, Race and GTA Race modes feature new street courses and now give every driver access to a nitrous tank that gradually refills after every boost. This multiplayer content can be a lot of fun if you get in with a good group of people. However, it can be tough to find people playing some of the modes, and it's unfortunate that to move from one episode's modes to the other's you have to go back out to the main menu, load up the other episode, and access the multiplayer options from the in-game cell phone again. A single multiplayer lobby that combines content from GTAIV and both episodes would be much more convenient.

Even if you choose to ignore the multiplayer and most of the optional activities and side missions, there's a good 20-plus hours of fun to be had with these episodes. The visuals are starting to show their age, and The Lost and Damned, while great, is clearly inferior to The Ballad of Gay Tony, but in every other respect this package is difficult to fault. The stories are compelling, the memorable characters are too numerous to mention, and the gameplay is still top-notch. If the last thing you saw in the GTAIV universe was the ending of Niko Bellic's story, Episodes from Liberty City is made for you. If you're still playing GTAIV you might want to wait until you've beaten that game, and if you've already downloaded one episode it'd obviously be more cost-effective for you to just download the other. Episodes from Liberty City might not be the best way for you to experience these downloadable episodes, but do make sure you experience them.

Editor's Note: For more detailed coverage, check out our Grand Theft Auto IV review, our The Lost and Damned reviews blog, and our The Ballad of Gay Tony review. 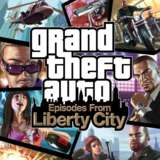 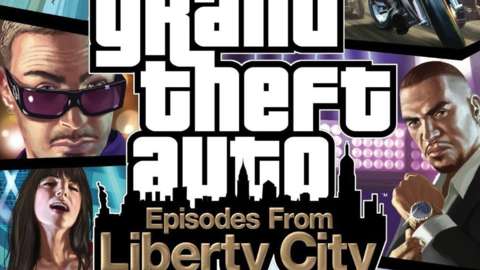 Grand Theft Auto: Episodes From Liberty City is a stand-alone game featuring The Lost and Damned and The Ballad of Gay Tony episodes on one disc.