There's some nostalgic gameplay here, but by and large GTA Advance just isn't much fun.

While the Grand Theft Auto series may be one of the most popular things going on in gaming these days, most people don't really know too much about the roots of the series. Yes, the "III" in Grand Theft Auto III does, in fact, mean that there were two games out before it. Those two games were top-down, 2D games that had the same basic structure as the newer games in the series, but it was done on a much smaller scale. That smaller scale is now available in an all-new GTA adventure for the Game Boy Advance. GTA Advance basically takes the gameplay from GTA1, adds in some of the conventions of GTA III, and brings along a rather dull and poorly written story, too. There's some nostalgic gameplay here, but by and large GTA Advance just isn't much fun.

GTA Advance takes place in Liberty City, the stomping grounds of GTA III. The story puts you in the role of a guy named Mike. When the game opens, you and another guy named Vinnie are getting ready to skip town with a bunch of money. But the escape goes bad and Vinnie is a victim of a car bomb. So Mike sets out to find Vinnie's killers and make them all pay. Along the way, you'll go on a lot of pretty standard missions, including taking out specific enemies, blowing up a building, checkpoint racing, and picking up and dropping off hookers, and so on. The story is conveyed via your mission briefings, which cut away from the top-down view and give you two large, static character heads to look at while reading the game's dialogue. The game doesn't really have the ironic sense of humor that helps make the GTA games great, and the dialogue is written in a very plain way that really lacks punch. These things make it easy to not care at all about the game's overall plot.

The look and feel of GTA Advance take things back to the original Grand Theft Auto, though there have been some changes. Some of the side missions introduced in GTA III are here, so you'll be able to hop in a cop car and go on vigilante missions, drive a taxi, play paramedic for a day, and so on. You can enter yourself into races for some extra cash, and the game has 100 hidden packages for you to find. Every tenth package adds another item to your hideout, which is where you go to save the game. Annoyingly, picking up a weapon from your hideout doesn't give you the maximum ammo count, so if you want to roll fully strapped, you'll have to enter and exit your hideout over and over again to recollect weapons until you've picked up enough bullets to do the job.

Other changes to the old GTA is that cars can now flip over, which usually happens if you T-bone them really hard. Generally speaking, though, the vehicle physics that govern how the cars react in a collision just feel strange. Cars pinball off of one another and go flying after even slight hits, and a vehicle's weight isn't taken into consideration as much as it probably should have been. On top of that, the game does a poor job at delivering any real sense of speed. One of the great things about the old GTA games is that they ran really fast and smooth, making high-speed driving a real thrill. Here, the game sort of sputters along, and you never really get the feeling that you're driving through the streets of Liberty City at breakneck speeds. Furthermore, the game's camera zooms out when you start moving faster, but it doesn't pull back far enough to give you a clear view of the road, making dodging traffic and making turns a real chore. When driving, you'll probably spend as much time looking at the map as you do looking at the road; though unfortunately, the onscreen map can't be blown up. The game comes with a foldout map of the city, but this is completely useless since a piece of paper isn't going to show your current objectives on it.

Graphically, GTA Advance does a good job of looking like the old GTA games, and the static images you'll see during mission briefings look pretty good, too. But on the street, the game's stuttery pace really gets in the way of the action. On the audio side, GTA Advance is almost entirely speech-free. You'll hear some words from other drivers when you collide with them, but these canned phrases repeat pretty often. The developers have attempted to duplicate the radio function by giving each different car type its own music. The digitized tunes, however, are pretty repetitive and aren't so great.

All in all, bringing the classic GTA gameplay back is a neat idea, but the execution here is weighted down by the lame story, straitlaced dialogue, and the occasional technical issue. If you're curious to see what the roots of GTA really were, you should probably just go to Rockstar's Web site, where the first game is available in its entirety as a free download. 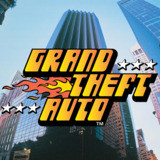