While all the fun of going on a crime spree is intact, so are most of the previous game's flaws.

Everyone's favorite carjacking simulation is back to remind you why you should lock your doors in traffic. Grand Theft Auto 2 delivers in all the same areas as its predecessors, while fixing a couple of the annoying little problems and adding a touch of depth in the process. But Grand Theft Auto 2 is largely the same as the original top-down driving action game and its mission pack, London 1969. So while all the fun of going on a crime spree is intact, so are most of the previous games' flaws.

There's a bit of story to go along with Grand Theft Auto 2, but it really makes no difference: As a budding young criminal, you are striving to make a name for yourself in a near-future world filled with drugs, guns, and turf wars. Each of the game's three levels is populated by three different gangs, each of which runs a section of the city. The gangs are roughly identical - only different colors and different gang vehicles separate them. Each gang has a set of pay phones, which you can answer to take on odd jobs, as in the first game.

The catch is that a gang will only assign work to you if it respects you, so you have to earn that respect by driving over to a rival gang's turf and shooting up as many of their members as you can. Once you've smoked enough gangbangers (a set of meters lets you know where you stand with all three of the city's gangs), you can start taking jobs - just don't expect to be able to head back into rival gangland without having a few shots fired your way. Thankfully, you've got a health meter this time around, so you can withstand some damage before going down.

The mission design is similar to the original game. You'll be making deliveries, picking up bank robbers, blowing up buildings with car bombs, and other unsavory tasks. Since each gang has a different set of missions, you'll have to eventually ally yourself with all of the gangs if you want to try all the missions. And since you need an enormous number of points to finish a level, you'll have to at least attempt most if not all of a level's missions to succeed.

The difficulty of the missions can be a little frustrating, but the game isn't all about missions. There's plenty of fun to be had by just kickin' it freestyle out in the streets, stealing cars at random, shooting up crowds of innocent bystanders, and duking it out with the police. The cops are a bit smarter than they used to be, and they've got a larger arsenal, too. It's tougher to lose the pigs than it was before, and they'll do everything they can to cut you off on the road and get you off the streets. Even if you manage to kill a few cops and keep running, a SWAT van full of armored troops will be dispatched to handle the situation. Later levels have even more drastic types of armed response, ranging from feds to tanks.

To combat the boys in blue, you'll have to find weapons, which are conveniently scattered throughout the city. Conventional weaponry includes a pistol, dual pistols (that inexplicably require different ammo than your standard pistol), a silenced machine gun, an unsilenced machine gun (again, different ammo for each), and a shotgun. You can also score heavier items, like grenades, rocket launchers, flamethrowers, Molotov cocktails, and a taser-type gun that lets you zap people from quite a distance. In addition, you can mount things like machine guns, mines, car bombs, and oil slicks on most of the game's vehicles, but since you actually have to pay for car upgrades, and cars get destroyed so easily, most of the upgrades aren't really cost-effective.

The game's graphics have been overhauled, most notably in that Grand Theft Auto 2 uses a great deal of colored lighting, which makes the police cars look good. The camera isn't quite as jerky as it used to be either. Though most of the graphics are smooth, there are a few really obvious problems. The worst of these is when pedestrians fly up toward the screen after being hit with a heavy weapon. The little guys look absolutely horrible up close. Also, the near-future car design may disappoint people who preferred stealing the more contemporary cars of the original.

The soundtrack follows the same format of other Grand Theft Auto games, and delivers a good mix of techno music and radio chatter. With the exception of the yapping noise that accompanies mission briefings, the sound effects are quite nice and also make fairly good use of 3D audio.

The game lets up to six players compete on multiplayer-specific maps. You can play tag or play to a certain number of kills or points. You can also play with or without cops on the multiplayer maps. It would have been nice to see some innovation in the modes, like maybe a cops-and-robbers mode or even a capture-the-flag mode. Unfortunately, the network code apparently isn't very good anyway, because play is usually sluggish even over a LAN.

Whether or not you'll enjoy Grand Theft Auto 2 depends on a couple factors. If you're easily offended by the concept of running around and committing wanton acts of destruction with a few simple button presses, this game isn't for you. If the first game's control scheme baffled you, there's no solace to be found here either. Though the game manages to be quite a bit of fun, it occasionally still feels like a glorified mission pack. 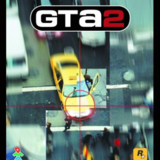 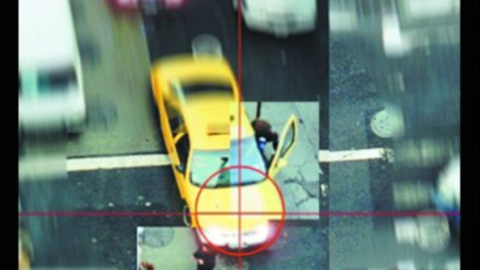 Even though the gameplay is largely the same as in the previous GTA, it's still a lot of fun.