The air was still when I finally took over Europe. After some 200 years, countless expansions, and political jockeying, I had everything from the British Isles to the western Ottoman Empire in my grasp. For the most part, my conquest was peaceful. I called on my army only a handful of times, and even then, they were an absolute last resort.

I knew this was what Grand Ages offered going in. I knew that the game focused on economic and diplomatic power and even went so far as to discourage military intervention beyond basic self-defense. I was excited to see a game try to focus on more subtle definitions of power. What I played, however, was possibly the dullest iteration of this. Grand Ages attempts to build itself on an intricate web of economic systems, but it reduces the nuance of finance and politics into convoluted trade networks and one-dimensional diplomacy.

You begin the game as a merchant, but your goal is far more ambitious: to bring the entirety of Europe under your control. To accomplish this, you need to first manage and optimize smaller regions and townships. Small settlements have limited capabilities, so to spur economic growth, you lash cities together with roads and keep them alive with an army of traders to keep the money flowing. This is Grand Ages’ best conceit.

The limited capabilities of any given town incentivizes cooperation on a massive scale. You get your metals from one place, your coal from another, use both to forge tools in a third, and then sell them to the highest bidder in your best port. Supply lines, not armies, are your primary weapons. Crashing the economy of nearby rivals before flooding their markets with your cheap goods isn’t just possible: it’s one of the only ways you can expand your territory.

For a strategy game that funnels everything through the lens of economics, Grand Ages is disappointing because it over-complicates the management process.

This leads to a pattern of building momentum followed by rapid expansion. You build up stockpiles in your cities before demanding that other nations submit to you and your merchant fleets. Then you can rework and retool the new trade routes you control to grow your profits. Conceptually, this is incredible. This flow gives nods to the real historic importance of trade and financiers in the creation of the global society we see today. But Grand Ages fumbles the execution.

For a strategy game that funnels everything through the lens of economics, Grand Ages is disappointing because it over-complicates the management process. You can set your traders, for example, to automatically choose when to buy and sell which goods to maximize profits or help boost the material production of local businesses. It's a great feature, but each town can only support one trader, so you need to be careful about their routes and monitor where they're buying what and for how much. Grand Ages doesn't make the task easy for you. Production costs for goods can vary based on a number of conditions, and that can have a huge impact on whether or not your empire is making money. Instead of making that information easy to understand, Grand Ages puts it all into one field. This is confusing, and it makes it difficult to make easy decisions.

Balancing budgets can also be tedious. Once, I expanded a bit too much, and as my economy began to crash I turned to my balance sheet to see where all my cash was going and whether any markets were still turning a profit. I could see broad categories--I was spending a large amount on building maintenance-- but not the specifics I needed to start turning things around. Because the prices of goods are always in flux, the general balance sheet you see is never accurate enough to base your decisions on. You could cut excess coal production and boost your pastry output, expecting a boon only to dip further into the red the very next week. It makes for an unstable economic base, and rather than feeling in control of a situation, you're always at the whims of an unpredictable system that's difficult to decipher.

Rather than feeling in control of a situation, you're always at the whims of an unpredictable system that's difficult to decipher.

Things get even worse when your economy has completely tanked. You can't borrow money to get enough cash to make investments in new businesses to bring it back. Instead, you have to shed production and overhead, undoing hours of work. I enjoy balancing spreadsheets, and I love planning and organizing, but Grand Ages gives you a lot to do but too little information to make informed decisions. It's a struggle to keep anything aloft.

Battles and wars are dull, and when the economy starts slipping, you won't be able to maintain an effective military. The morale of your troops drops so fast and the effects are so crippling that soldiers carry little value.

You can exercise some level of soft power through well-managed trade routes, but there's little in the way of political deal brokering. There's nothing mimicking the complexities of swapping nobles and royals to secure trading rights, and that leaves you with no stakes. The best way to conquer a city is to trade a lot, establish yourself in the region, and ultimately pay for ownership outright. Grand Ages doesn't offer much pushback at that point; once you have the gold, you're set.

As time went on, I didn’t get the sense that I was becoming better at the game so much as I was smashing my head into walls until they relented. And that’s a shame because Grand Ages has so much potential, and it does one thing--trade--really well. But there’s nothing to support that core, and the more you play, the more you run into roadblocks. For a game that needs to present information clearly and effectively, it fails to do so, and this failure has an unfortunate ripple effect on the rest of the game.

View Comments (20)
Back To Top
5
Mediocre
About GameSpot Reviews 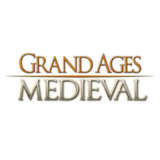 Daniel Starkey has conquered Europe a thousand times in a thousand ways. For the purposes of this review, he spent 65 hours fiddling with trade routes and hoarding gold. 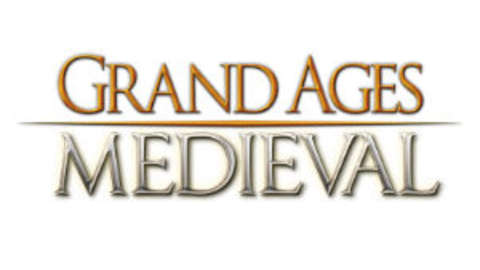 Grand Ages: Medieval is a real-time strategy game from Gaming Minds. Lead your people and advance through the decades by utilising construction, research, expansion and conquest in an area extending from Scandinavia and North Africa; to Portugal, the Caucasus and the Middle East. Rise from the humble role of a simple mayor governing a small settlement and rule over all of Europe. Experience an exciting campaign with elaborately designed cut-scenes, play by your own rules in free play or test your skills in multiplayer against up to 8 players!