Its endless tuning options and many racing events will keep you engrossed in the game for many months, and it's accessible enough to be enjoyed by anyone who's the least bit interested in driving an exotic car.

Some would argue that Gran Turismo 3: A-Spec isn't the most accurate racing or driving simulator currently available, and those people would be correct. There are and have been many specialized games that more realistically depict a single aspect of motor sports--games like Grand Prix II, Mobil 1 Rally Championship, NASCAR Racing 3, F355 Challenge, Le Mans 24 Hours, and Grand Prix Legends. However, no one game has ever captured the broad essence of driving cars that hail from all walks of auto-racing life like Gran Turismo 3 does, and certainly no one game has ever offered the depth contained within this ambitious game. And while many ambitious games seem to miss their mark, Gran Turismo 3: A-Spec achieves its goal of re-creating a believable racing experience in a package that's both easily accessible and difficult to master.

At its core, Gran Turismo 3 remains essentially unchanged from its two PlayStation predecessors. The game lets you drive over 150 real-world cars on racetracks and road courses, some of which are modeled after existing locations and others of which are simply loosely based on a number of cities like Tokyo, Seattle, and Rome. In fact, anyone who's played either of the two previous games will be instantly familiar with Gran Turismo 3's layout, interface, and control scheme, all of which mimic the same formula that the series established back in 1998. Certainly, the fact that the gameplay remains the same shouldn't be viewed as a lack of innovation on the developer's part--fans of the series will undoubtedly welcome the return of the intuitive layout, as well as the rally mode. As an added bonus, Gran Turismo 3 also includes the ability to drive Formula 1 cars from the mid-1980s, an era when these cars were generating upwards of 1000hp. It should also be noted that while the game includes only 25 percent of the total number of cars that were available in Gran Turismo 2, gone are the "econobox" vehicles that you were forced to slave through before being able to drive the high-end cars. Instead, Gran Turismo 3 focuses strictly on the truly exotic cars and only includes a handful or so of the low-end models.

The game is composed of two core components: the arcade mode, which is fairly straightforward, and the simulation mode. Here you'll get to choose from a wide variety of cars that include exotic convertibles, rugged rally cars, and powerful touring racecars, and you'll race on one of six racetracks. Placing first on each of these six tracks will unlock another group of courses, and placing first in this batch of tracks will unlock yet another group until a total of 34 tracks become available to you. These 34, however, are variations of 19 individual tracks that include ovals, city streets, professional racetracks, and dirt roads, most of which are relics from the first two games. There are some new tracks, however, and all the courses in the game--new and old--have been completely remodeled. While the arcade mode will let you race on all of Gran Turismo 3's tracks, it'll only present you with a fraction of the 140 cars present in the game.

It's the game's simulation mode that's easily Gran Turismo 3's most considerable aspect, because it's here that you'll actually have the opportunity to drive and own some of the most coveted cars in the world. In the simulation mode, you'll create a persistent persona and start out with a small sum of money with which to buy your first, relatively humble, car. You'll then participate in a number of racing leagues, accumulate more money, upgrade your existing car or buy a faster one altogether, compete in more-advanced races, and repeat that process until eventually you've completed all the racing events in this mode. Naturally, this is no easy feat, and it will require you to complete hours and hours of racing before any notable progression through the simulation mode even becomes evident. There are five different racing leagues--beginner, amateur, professional, rally, and endurance--and each is made up of anywhere from 20 to 25 racing events. These events have specific requirements that will dictate what kind of cars are allowed to participate, and they include the Type R Meet, which requires that you own a Honda or Acura Type R-model car; FR races, in which only front-engine, rear-wheel-drive cars are allowed to enter; and MR races, which require that you own a mid-engine, rear-wheel-drive car. Within these events, you'll find a number of individual races. This number will vary from three to ten individual races, and each will reward you with a certain sum of money, depending on how you place. You can participate in these events in any order you feel comfortable with, so long as you meet the car-type and license requirement of that race. Once you complete an entire event by successfully placing first in each of that event's races, you'll be awarded with a free car, which you can either sell for more money or upgrade for additional performance.

If the sheer number of races in this mode doesn't impress you, then the depth with which you can upgrade your car will. The game offers a complete suite of performance parts from licensed companies that specialize in a specific manufacturer. That is, if you upgrade your Toyota Supra, you'll be choosing from a list of parts from TRD. Nizmo parts will be available for Nissan cars; Hondas will be upgraded with Mugen parts; Mopar parts will be available for Dodge cars; and so on. Performance parts come in several stages and include stiffer shocks and springs, larger turbos, more-efficient exhausts, and lighter chassis. It's easy to feel overwhelmed by the magnitude of the game's simulation mode, but the rewards of earning enough money to buy a car (or winning a car) like the Nissan Skyline or Honda NSX and customizing it to your liking are worth the time and effort you'll undoubtedly put into it. Also, once you do upgrade your car, your original parts will still be available to you in case you ever feel compelled to return your car to its original setting or to fiddle around with a combination of stock and aftermarket products. Additionally, you can tweak a number of settings on your car whether or not you've actually upgraded it--settings like toe and camber angles, brake balance, spring rate, ride height, shock rebound, and a myriad of other options.

Despite all its depth, Gran Turismo 3 is very easy to grasp. Its control scheme follows basic car mechanics, with buttons for accelerating, braking, shifting, and using the emergency brake. And yet, while the simple act of driving a car is fairly intuitive for anyone, the game models enough real-world physics to keep ardent racing fans happy--powerslides, oversteering, brake lock, understeering, and wheel spin all play a determining role in how you'll perform in each race, and even though keeping an average car on the road while driving conservatively is a breeze, maintaining control of a 400hp machine while driving at speeds that approach 250mph isn't. It'll take casual gamers a while before they become comfortable with the cars within the higher echelon in Gran Turismo 3 but not long enough to make the game frustrating. So that you can constantly improve your racing skills, the game also includes an extremely robust analyzer that will dissect your performance using turn-by-turn slow-motion replays, racing-line indicators, and a line graph that displays your engine's output at any given time during the race.

Additionally, the arcade mode has three difficulty settings that will determine how aggressively the computer-controlled cars will behave, and the simulation mode has a dynamic AI setting that, at times, seems a little suspect. During some of the longer racing events in the game's simulation mode, you'll have to take into account the rate of your car's tire wear. Fortunately, so do your opponents. However, your opponents will often pit and change their tires at the most inopportune times, like during the second to last lap of a race, which gives you ample opportunity to pass them and take the checkered flag. At other times, when they pit during the middle of a race, your opponents' speed out of the pit lane will be so exaggerated that they'll catch up to you within half a lap, and then they'll automatically slow down to match your speed. While it's understandable that the game might not be fun if you're allowed to beat your opponents outright, it's also a little discouraging to know that, except in a few cases, you'll never have the satisfaction of completely annihilating the competition. For what it's worth, Gran Turismo 3's "rubber band AI" does manage to keep the races close, which maintains the game's intensity.

The game also suffers from the lack of licenses like Ferrari and Porsche, two pillars of racing's heritage. While there are certainly a huge number of desirable cars in the game, Gran Turismo 3 feels almost incomplete without those two powerhouses. Aside from these shortcomings, however, it's hard to find fault with this game. The graphics are gorgeous, and the car models are simply the best re-creations of real-world cars ever included in a game. Don't be surprised if you fool onlookers into thinking you're watching a televised race. Gran Turismo 3 has some impressive visual effects like shimmering heat waves, shaky cameras, a cool MTV-style replay mode that changes perspectives with the beat of the background music, real-time reflections off cars and wet pavement, and a spectacular effect that causes the sun to glare off the asphalt at the right angle. The only aspect of the game's graphics that needs to be improved upon are the peripheral items that surround each track, because it's not too difficult to spot sprite-based spectators and trees throughout most of the levels. The sound is equally as praiseworthy as the graphics. The US soundtrack includes artists like Papa Roach, Motley Crue, Jimi Hendrix, Judas Priest, Lenny Kravitz, Raekwon, and Snoop Dogg (who composed a brand-new track specifically for this game called "Dogg's Turismo 3"), and all deliver songs with upbeat rhythms that are perfectly suited for driving fast. Gran Turismo's sound effects are also an aural treat--wind noise increases the faster you drive, the cars emit different engine and exhaust noises through all the powerband from the front and rear, and the game even mimics the individual texture noises that the cars' tires make when driving in a straight line and the different noises that tires make when driving over gravel of varying composition.

Ultimately, there's little more that racing fans can ask for that Gran Turismo 3: A-Spec doesn't have. Its endless tuning options and many racing events will keep you engrossed in the game for many months, and it's accessible enough to be enjoyed by anyone who's the least bit interested in driving an exotic car, and quite frankly, who isn't? Your PlayStation 2 library would be incomplete without this game.

View Comments (4)
Back To Top
9.4
Superb
About GameSpot Reviews 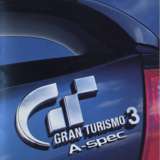