Anyone looking for a solid side-scrolling shooter would do well to pick up this game.

The popularity of retrogaming is unquestionable. Between the remakes of old franchises and the repackaging of old arcade games into "best of" console compilations, it's obvious that today's game players have a huge soft spot for recent nostalgia. With this in mind, Konami has brought Gradius III & IV, a name that no doubt warms the memories of many NES players, to the PS2.

The Gradius series is one of the unsung heroes of the gaming world. All of the now-standard conventions of side-scrolling shooters - screens filled with enemies and enemy fire, gigantic bosses, and a large, multifaceted weapons system - were popularized in the Gradius series. For the PS2 release, Konami has skipped any sort of augmentation of these titles and instead has opted for straight emulation. Gradius III & IV are both identical to their arcade counterparts, down to such minutiae as imitating the same slowdown found in the originals. The world-famous Konami code is included as well. All of this will either light up the eyes of players jonesing for some healthy retro gaming or be a wicked disappointment to gamers looking for something new.

Since the release of the original Gradius in 1985, and the subsequent releases of Gradius II, III, and IV in 1988, 1989, and 1998, respectively, not much has changed in the world of Gradius. Aside from a few slightly different enemy types and weapon configurations, III & IV play identically to Gradius circa 1985. But what's even more interesting than the games' similarities is that gameplay-wise, this old horse is able to keep up with the likes of Silpheed and other new-school side-scrolling shooters without breaking a sweat. The gameplay is still top-notch for the genre, and it will not disappoint shooter fans. One of the trademarks of the Gradius series, and a good portion of the side-scrolling shooters out there, is a high level of difficulty. Gradius III & IV are hard, and out-of-practice players will likely be jostled by their extreme difficulty - so be warned.

Gradius III & IV show their respective ages, though with a certain amount of pride. Gradius III looks like the 16-bit 2D wonder that it is, while IV includes a smattering of polygonal effects and higher-resolution sprites. The reception of their antiquated presentation is dependent on the players themselves; the flat 2D graphics and tinny sound effects will either evoke bucketfuls of nostalgia for older players or come off as unimpressive and dated to players not raised on the series.

While some consider it a cashing-in tactic by game companies, Konami has done a graceful job of repackaging and rereleasing Gradius III & IV. Both games represent their arcade counterparts flawlessly, to the point of including the flaws. Konami's sights may be locked dead on the retrogaming audience, but Gradius III & IV are both excellent, albeit incredibly difficult, games in their own right. Anyone looking for a solid side-scrolling shooter would do well to pick up this game. 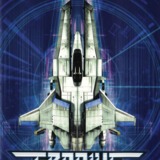 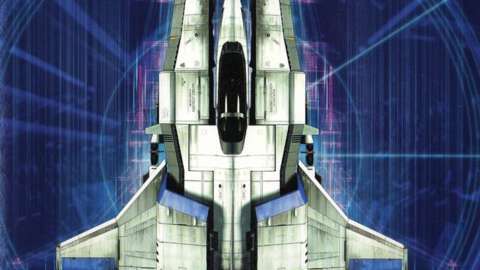 Anyone looking for a solid side-scrolling shooter would do well to pick up this game.