Golden Axe II is a carbon copy of the original Golden Axe--minus the charm.

In most respects, Golden Axe II is a carbon copy of the original Golden Axe. Like the first game, the sequel is a medieval-themed beat-'em-up that lets one or two players hack and slash their way through six levels of undead warriors or evil wizards. Sega concocted new enemies and new levels for this second game, as well as tweaked the way magic spells are used. But otherwise, it left the underlying gameplay and presentation quality alone. Unfortunately, the one aspect of the original game that didn't make it into the sequel is its charm. More to the point, Golden Axe II lacks all of the stylish nuances that made it so easy for players to overlook the first game's shortcomings and have a good time.

In a nutshell, Golden Axe II is Final Fight or Streets of Rage set 800 years in the past. Once again, players can choose to play as a barbarian, an amazon, or a dwarf. Using one of these characters, you'll work your way from left to right, dispatching the various goblins, skeletons, or wizards that appear along the way. The combat system hasn't changed much since the first game. You can still press the attack button repeatedly to perform a series of attacks, get close to enemies to throw them, or run toward enemies and hit them with a bash attack. If an enemy is riding atop a mutant ostrich or some other creature, you can steal its ride and attack using the creature's claws or flame breath. Magic use has been fleshed out slightly. In the first game, you'd use up all of your magic power whenever you performed a spell. In the sequel, you can tap the button to perform a weak spell that will only eat up a single book, or you can hold the button longer to perform a stronger spell that will use up two or three books.

As with most beat-'em-ups, you'll encounter the same enemies multiple times in each level and end up constantly performing the same attacks. Until you reach the last level, all of the bosses you'll face are just stronger versions of regular enemies that have been colored differently. The repetition wasn't a big problem in the first game because the levels did a good job of distracting you with stampeding villagers and other rousing moments. By contrast, Golden Axe II only has a couple of scene stealing situations like that, so the repetition takes a greater toll. In general, this game lacks the personality of its predecessor. The music has the proper sort of medieval resonance, but none of the tunes carry weight or have a memorable melody. The 2D characters and backgrounds also fit the time period, but the animation is choppy, while the artwork is plain. Enemies are painted in multiple shades of the same color; clouds, rivers, and other environmental features never move. Also, the levels don't transition from day to night like the levels in the first game did.

It'll cost you 800 Wii points ($8) to download the Sega Genesis version of Golden Axe II from the Virtual Console shop. That $8 gets you six levels that'll barely take about an hour to go through, as well as a duel mode that lets you pick a character and work through 15 consecutive battles in an arena setting. If you have a second controller hooked up, you and a friend can play through the story mode cooperatively or face each other one-on-one in the duel mode. However, for the same price, you could instead choose to download any number of other, better beat-'em-ups from the Virtual Console shop, including the original Golden Axe. When you consider the fact that the original offers the same sort of gameplay and the same play modes, but dishes out oodles more fun, the original is the better choice. That is, if you're itching to play a medieval-themed beat-'em-up on your Wii. 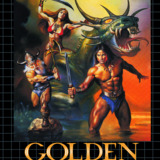 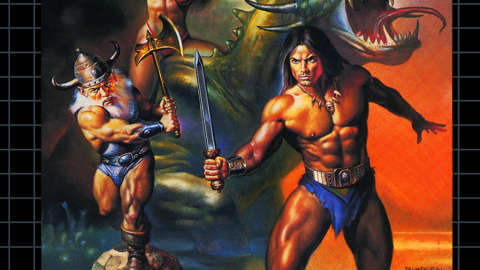