It's not as if the Godzilla license has ever really turned out a good game, but that doesn't excuse Godzilla Generations from being as terrible as it is.

With a mere four launch titles, one would've thought Sega would have had the foresight to make them good games. Unfortunately, it didn't. A product of poor launch planning and the need for a token license, Godzilla Generations tears right through the bottom of the barrel and easily earns for itself the dubious distinction of being one of the worst games of 1998.

The sadistic fun that lies in the act of stomping a city flat lies within all of us to some degree, and virtually every digital execution of this dark desire has been done better than this one. Like Rampage, Crush, Crumble and Chomp and many games before it, the premise of Godzilla Generations is simple - you trash a city while fending off the hordes of humans that would end your fun. You can select from five of the Godzilla franchise's most popular characters: Godzilla, First Generation Godzilla, Mechagodzilla, USA Godzilla, and Minira. At first, only Godzilla and Mechagodzilla are available, with the other two appearing after further progress through the game. Once selected, you are dropped into the city of Fukuoka to begin your rampage through Japan. Each of the game's five cities has two stages, with the exception of the last one, which has three. The goal in each stage is to simply destroy everything within the set time limit. To do this, each nuclear-spawned monstrosity has a handful of projectile attacks, a block, and a healing move.

And that's where the good stuff ends. Godzilla Generations' control is infuriatingly unresponsive, and the camera is almost the worst anyone could inflict upon the polygon. When attacking with Godzilla's fire, aiming at anything, mobile or stationary, is a laughable proposition. At the same time, the monsters turn so slowly that any attempt to block enemy attacks is almost impossible, as well. As a result, you will cause most of your destruction by... walking into it at Godzilla's maddeningly slow, lumbering pace. Seeing that there's almost no way to avoid damage, GE gave each monster a healing move so that they might live forever. As a result, you are given a game where simple ramble through Japanese cities without fear of dying. There's no strategy, no technique. Just the extreme tedium of tromping through cities. Most players will opt not to get a 100-percent destruction rating, as even the tiniest tree counts. If you miss one tree, you'll have to scour the rubble of the cities for that one tree, a less-than-worthwhile pastime.

The Dreamcast sports some powerful graphics hardware to be sure, but Godzilla takes advantage of it in almost no way. The high-resolution graphics move smoothly without a trace of slowdown, but the monsters are chunkily constructed, the buildings uninteresting to look at, and the effects annoyingly lackluster. For example, smoke and fires in the rubble are poorly animated textures that flatly sit atop the terrain. The game's sound is equally bad. The music consists of infinitely looping segments of the Godzilla movies' orchestral soundtrack, while the sound effects are poorly recorded and generic. With its monotonous graphics, poor animated textures, and limited sound, one can't help but wonder where all of the Dreamcast's 16 megs of RAM went.

Somehow, the extra features of Godzilla Generations became the best part, but they still don't make up for the main game. The first feature is accessible only to those who bought the Godzilla VMS units. In the Atsumete Coliseum mode, you can battle the monsters you raised on the VMS against the computer or battle up to three friends. The multiplayer mode is the most fun but will become tiresome quickly - you select the monsters you wish to fight with and secretly select who you will attack on the controller's VMS screen. Once again, there's almost no strategy, and probably the most fun is seeing who will turn on the other first. The other interesting feature is the large compilation of Godzilla movie trailers. However, only those who subject themselves to extensive playing of the main game will be able to unlock them all, making this largely wasted space on the disc.

It's not as if the Godzilla license has ever really turned out a good game, but that doesn't excuse Godzilla Generations from being as terrible as it is. If found in an import bargain bin, this game might be worth it to dyed-in-the-wool Godzilla fans and no one else. 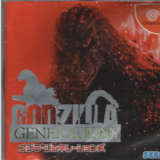 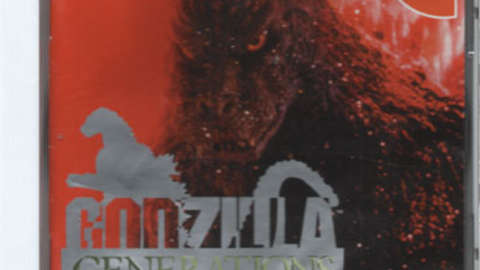 It's not as if the Godzilla license has ever really turned out a good game, but that doesn't excuse Godzilla Generations from being as terrible as it is.