It's difficult to imagine that Gods and Generals could be much worse than it is.

You've probably heard from someone before or experienced for yourself that licensed games--that is, games that are developed using an existing, non-game-related license, such as from a movie or TV show--are often terrible. This statement is as true as can be in the case of Gods and Generals. It's a self-styled "advergame" intended solely to draw attention to the movie it's based on, yet it somehow ended up in major game retailers, sharing shelf space with games that are far, far better. Outdated graphics, bad sound, lousy control, horrible technical performance, nonfunctional computer AI, terrible weapons--the game has about every problem you could possibly think of. In fact, it's difficult to imagine that Gods and Generals could be much worse than it is.

In Gods and Generals, you play as a Confederate soldier in the American Civil War during the 1860s. But this Civil War looks absolutely horrendous, since it takes place in mostly flat levels bordered by flat walls of "trees" (which consist of a handful of vaguely tree-shaped polygons shaded with a single texture). And there's nothing "special" about the game's special effects, which consist of pasted-on gunfire and some simplistic fire-and-smoke particle effects, unless you count the occasional frame rate slowdown you may experience when cannons are firing. You may be shocked to find that the game's primitive graphics will cause slowdown even on a 2.4GHz computer with 512MB RAM and a high-end graphics card such as an ATI Radeon 9700 or a GeForce4 Ti4600.

The game's music generally consists of the same four-to-five-second loop of phony, synthesized orchestral music that hiccups each time it gets looped over. The other sound effects include completely unimpressive gunfire, forgettable cannon explosions, and pretty much nothing else. Apparently, the developer thought that a good way to reproduce the excitement of pitched 19th-century battles was to have them be fought by a bunch of mutes, because the game has absolutely no voice samples for any soldiers (not even cries of pain when you walk right up and shoot them).

Your enemies (and allies) are multiple clones of the same soldier--the only difference is that Confederates wear gray and Union soldiers wear blue or brown. All the look-alikes may seem silly, but the way these Union soldiers spawn and respawn repeatedly in the same place out of thin air is downright preposterous. These enemies randomly do one of the following: ignore you, try to fire at you with their muskets from three feet away, come barreling toward you with their bayonets extended, roll around on the ground for no apparent reason, or stand up completely straight and reload their guns (even if they're taking heavy fire). Apparently, they'll come charging toward you or any Confederate soldiers they detect in the vicinity, but if they don't see you, they'll just stand there, even in the middle of a wide-open field with no cover, waiting to be shot and killed. Come across an enemy wielding a saber, and he'll become rooted in place, swinging it at you harmlessly even when you're nowhere near him. In a particularly absurd mission, you're required to help defend a Confederate cannon from a Union attack amid blasts that set the nearby surroundings on fire. After disposing of the enemy soldiers, we watched our Confederate brethren undergo a series of seizures, then run headlong into the flames themselves, and then come running back out alight to fall over and die for no good reason.

As if the laughable computer AI weren't enough, Gods and Generals' thoroughly underwhelming arsenal of weapons includes a slow-firing pistol, a saber, slow-throwing bowie knives, and two kinds of musket. These weak, slow weapons might actually have provided a sense of tension in a highly realistic game in which you were pitted against tough odds and hampered by limited resources, but Gods and Generals is not such a game. Perhaps to balance everything out, you'll find that your character has the completely unrealistic and annoying tendency to holster his current weapon for no reason whenever you pick anything up, including extra ammunition. You'll also find that muskets are apparently disposable, one-use weapons. You can carry only one musket bullet, so basically you have one shot with a musket, then you have to go kill another musket-toting enemy soldier and pick up that other musket in order to be able to fire again. Obviously, this makes muskets pretty useless.

And, presumably because it's powered by the LithTech engine, Gods and Generals steals its interface from last year's outstanding first-person shooter No One Lives Forever 2--it has the same teal-colored crosshairs, the same yellow text updates, the same pseudo-role-playing-game skill point system that lets you earn experience points to increase certain skills, and the same system of looting corpses to find ammunition and various items that may or may not be useful. However, while these features were peripheral additions to an already great game in No One Lives Forever 2, in Gods and Generals they're meaningless clutter.

You'd hope to find some redeeming value in the multiplayer modes. Unfortunately, if you'd like to play Gods and Generals in multiplayer, you'll need to pay the developer an extra $5 for the "multiplayer expansion pack," which, according to the game's official Web site, also includes such additional features as "Union vs. Confederate" and "You've got a mission and an enemy." Forcing you to pay additional money for multiplayer play, a feature that's become standard for most first-person shooters, might have seemed like a greedy way to cash in on a previous sale, but considering what a complete joke of a game Gods and Generals already is, it instead seems utterly insane.

Gods and Generals is the result of a hopelessly misguided effort to produce something that would be a marketing tool first and a game second, so it's at least possible to understand why it's so appallingly bad. Then again, the game shamelessly steals from last year's No One Lives Forever 2, so it's clear that someone on the development team played that far, far superior game. Perhaps the team didn't realize that it was actually that game's fast-paced gameplay, excellent graphics, funny dialogue, great sound, and memorable characters that made it so great. Whatever the case, Gods and Generals turned out to be something that no self-respecting motion picture, director, or media mogul should ever be associated with. The next time some brilliant marketing executives decide they need to aggressively promote their movies, they should consider broadcasting more TV commercials. The rest of us should not play this game.

View Comments (4)
Back To Top
1.2
Abysmal
About GameSpot Reviews 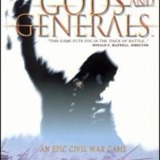 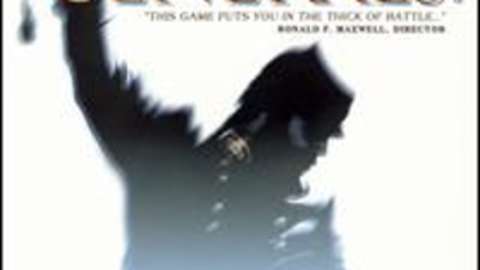 It's difficult to imagine that Gods and Generals could be much worse than it is.