Console owners starved for a real-time strategy game should find Goblin Commander to be a worthwhile experience.

Real-time strategy is one genre that has yet to establish itself on consoles. Though ports have been made of PC classics like Command & Conquer and Starcraft, it's hard to call them outstanding games for consoles, because they were designed with mouse and keyboard input in mind. Jaleco's Goblin Commander: Unleash the Horde distinguishes itself with a surprisingly streamlined interface, in much the same way that Nintendo's Pikmin did two years ago. While PC strategy veterans will find that the gameplay is pretty basic, console owners starved for a real-time strategy game should find Goblin Commander to be a worthwhile experience.

Goblin Commander is set in the land of Ogriss, which is divided into five lands ruled by five different clans of goblins, each with its own unique types of soldiers and fighting styles. All the clans take direction from a human wizard named Fraziel, but when he dies in a mysterious accident, the clans turn against one another in a struggle for power. In the single-player campaign you'll take the role of Grommel, the leader of the Stonekrusher clan. One by one, you'll enter the lands of the other goblin clans, conquering them in an attempt to unite all the goblins and discover the truth behind Fraziel's death.

The game's graphics are decent, but they definitely don't stretch the capabilities of any console's hardware. The characters are designed with a cartoonish slant and speak in a primitive gibberish (you'll have to read subtitles), and overall the game suffers a bit from a lack of polygonal detail. For most of the game you'll be zoomed out to survey the battlefield, and if it weren't for distinctive halos around your units and the enemies, it would be tough to distinguish the good guys from the bad guys.

The developers of Goblin Commander have done a great job of streamlining the game's interface. At no point will you be asked to use the controller to band-select units like you would with a mouse. Instead, you direct each of your clans to move and attack using a single face button on the controller. At the outset of the game, it'll seem pretty basic, since you only get to use the Stonekrushers, but as more clans come under your control you'll be able to direct up to three of them. You can take direct control of any of your clans, steering them with the left analog stick while using the buttons to fire. You can also assign the clans to follow one another, you can navigate the map using waypoints, and you can even set hotkey areas to cycle through using the D pad. Spells are also part of the game; to cast them, you'll need runestones, which you can find on the map or buy from special structures you find.

The tech tree is very streamlined as well. Each clan has just one specific building in which it can build troops and buy upgrades. Purchased troops will automatically leave the building and join their clanmates, no matter where they are on the map, making reinforcement a snap. Another building allows you to build powerful titan units (which you must directly control) and turrets for base defense. All of these buildings' foundations are laid out at the start of a mission--while they can be destroyed, rebuilding or repairing them is done with just the touch of a button.

Goblin Commander's resource system takes a page out of Shiny's highly acclaimed PC RTS game Sacrifice. Souls, which are the game's primary resource, are used to build units. You can get souls by killing enemies, but you're much better off finding and controlling soul fountains scattered around the map. These fountains offer a limitless supply, and the more you control, the faster you can bring in souls. The other resource, gold, can be found by breaking enemy buildings or just smashing up boulders and other debris littered around the map. Gold is primarily used to buy turrets and upgrades and to unlock higher-tech troops, but some troop types and titans require both gold and souls in order to be recruited.

Unfortunately, the tightly designed interface comes with compromises that will disappoint fans of more open-ended PC strategy games. You can only control up to 10 units from each clan, so with three clans under your control, that makes for a total of 30 units, plus one titan unit if you choose to build one. You're also limited to having three turrets on the map at once and to having one titan unit at a time.

Each clan specializes in one aspect of combat. For example, the Stonekrushers are powerful melee attackers, while the Plaguespitters are better at hit-and-run tactics with their speed and poison attacks. These differences are rather pronounced, so splitting up your forces (which can only be done along clan lines) makes for a less-than-ideal situation. Terrain and elevation aren't much of a factor either. In general, the missions boil down to building the best type of unit from each clan and massing them all together for rushes on the enemy. Sometimes you'll build a titan and control him while your massed clans follow, making for a Diablo-like hack-and-slash experience.

The single-player campaign offers 17 missions that should take about nine or 10 hours to complete. The campaign starts off very easy and ramps up rather slowly in difficulty, but the later missions offer a respectable level of challenge. The designers have included enough twists in the missions to keep less-experienced RTS players interested, but veterans of PC RTS games have definitely seen them all before. Once you're done with that, you can challenge a friend using the game's split-screen skirmish mode. Unfortunately, there's no online or system link capability, so the multiplayer aspect of the game suffers from the fact that you can always peek at what your opponent is up to.

Though experienced PC RTS players may find Goblin Commander to be somewhat shallow, it's still a pretty decent RTS game for console players, with an interface that is nicely streamlined for controllers. No one's going to be wowed by the game's production values, but if you're looking for a strategy game that isn't overly complex or difficult, Goblin Commander should be right up your alley. 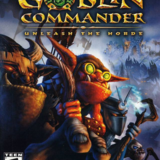 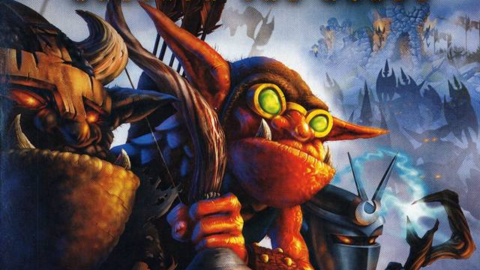 Console owners starved for a real-time strategy game should find Goblin Commander to be a worthwhile experience.

7
Sign In to rate Goblin Commander: Unleash the Horde