Light on the details.

You are the Shiner.

The Shiner is a powerful guardian with a single objective: to obliterate the darkness that has recently begun encroaching upon the galaxy. Armed with magical light that allows you to push away foul mist and nasty creatures, you advance through a series of treacherous environments set on mostly barren planets, banishing all that is murky.

Glare is in many respects a conventional 2D platformer, meaning that you're called upon to perform many precise jumps. The unique hook in this case is your ability to cast a bright beam on enemies and the world around them, often while airborne. You must master that skill to thrive. At first, you use the dazzling beam to repel projectiles and push away the floating purple aliens and skittering nasties that crowd your space, but the beam's use soon grows beyond such basic utility. Shadowy plant life in the background is brought to the foreground when you shine light in the right spot, allowing the vegetation to propel you toward higher ground. Switches can also be activated, producing zip lines and other helpful means of navigation. Early on, you gain the ability to fire bullets, but you must often choose between illumination and firepower. In tough spots, controlling crowds of strange beasts means alternating. If you are being swarmed by gliding enemies that suddenly emerge from a portal, it's easy to become overwhelmed until you clear out a safe path.

You start your tour of the galaxy by exploring a verdant forest environment known as Tree World. From there, you go on a voyage through the expected environmental tropes, traversing desert, rock, ice, and lava. The locations feature detailed foliage, intricate rock formations, and sparkling ravines covered in ice and snow--familiar but attractive locations in which background beauty and foreground dangers are easily distinguished. Each new environment introduces a couple of new monsters, but you generally deal with the same four or five critters.

Glare offers an inventive mechanic that could have given rise to a memorable adventure, but then fails to build meaningfully on that early promise.

Monsters roam in the alien environs, but fights against these beasts are just an afterthought. Your most fearsome opponent is the generous supply of spiked vines that flourish on each planet. Brushing against the razor-sharp barbs spells instant death, even if you have taken no prior damage. Sometimes, those vines seem cheap in areas you're forced to hurry through, with you running or falling into a pit of spikes you couldn't have seen coming, but for the most part, stages are designed in a manner that avoids producing such frustrating circumstances. Even when you stumble across an exception to that rule, the levels benefit from a generous checkpoint system. There are a few cases where checkpoints are more frugal than normal, but you rarely lose much ground when monsters or spikes produce an unpleasant death.

Glare's controls are every bit as responsive as they should be in a game of this sort. You begin with the ability to jump long distances, bound up walls in narrow vertical shafts, and rush down slopes. Special pedestals you come across in each level grant access to additional moves, but a lot of those enhancements don't require direct player input. For instance, you gain the ability to dash along certain slopes to build speed that allows you to clear wider gaps, but you don't have to do anything more than run along the appropriate path to enjoy the benefits.

Mild puzzle elements provide occasional interludes, but such moments are too traditional to be interesting. They typically require you to find a missing piece to a machine that allows you to open a locked door. In this case, you press a switch to make the piece appear and rush forward so that you can nab it in time. Once you grab it, you easily place it where it needs to go, and the door opens. A more successful attempt to vary the tempo comes elsewhere, when you ride winged creatures across fields of spikes while blasting enemies out of the air. In another case, you ascend a wide vertical shaft by fashioning makeshift ledges out of fragile bubbles. The game could have used more inventive moments like these.

At least the bosses keep things fresh. Most of them briefly turn the game into a twin-stick shooter along the lines of Geometry Wars. You float around an enclosed chamber, chipping away at the boss's armor so that its weak point appears and you can blast it. The foe at the end of each successive stage becomes more difficult than the previous one, but the process is never overly frustrating, and those encounters are a nice change of pace from the standard platforming segments that lead up to them.

Glare is satisfying as it goes--it just doesn't go far enough. There are only six stages in all, and the first and last ones can be cleared quickly, especially once you are familiar with them. The first five areas each contain hidden artifacts that lie well off the beaten path, but there's no obvious benefit to finding them, and you don't get to use abilities gained in later stages when you head back to early ones. Securing a better time isn't really motivation to return, unless you're the sort who particularly enjoys speed runs: there's no way to easily share your triumphs with friends or rivals.

Glare offers an inventive mechanic that could have given rise to a memorable adventure, but then fails to build meaningfully on that early promise. This is an entertaining pit stop that can tide you over on your journey to a bigger, brighter galaxy.

View Comments (5)
Back To Top
6
Fair
About GameSpot Reviews 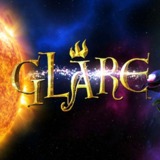 Jason Venter has enjoyed platformers ever since he took his first steps in the Mushroom Kingdom in 1988. He devoted several hours to Glare, time enough to finish the campaign and goof around in his favorite stages. 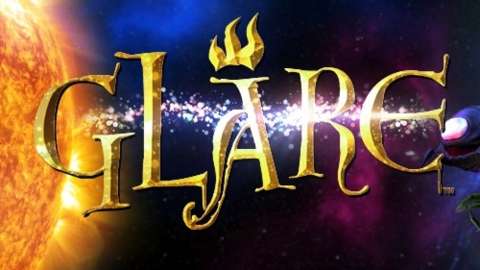 Glare is a side-scrolling action platformer where you play as the Shiner, a being of pure light given shape by an ancient suit of armor.