If not for the studio logo when you start up Giga Wrecker Alt, you'd never know it was made by one of the most successful video game developers in history. It isn't just that this lacks any connection to Game Freak's iconic Pokemon series. Giga Wrecker Alt, an enhanced port of the 2017 PC release, doesn't have the cohesion present in the Pokemon games, and its blend of clever ideas is held back by poor implementation.

The core mechanic behind Giga Wrecker is novel: You destroy robots to gather debris, which can then be formed into objects like blocks, weapons, and tools. These help you to resolve both platforming and puzzles, and the giant debris blocks also make a handy melee weapon against the bots. The bigger the debris pile you carry around with your cybernetic arm, the better it will serve as a bludgeon against larger robots, and the more and bigger tools you can create.

For example, many puzzle rooms have pressure-sensitive switches that are only activated by the maximum size debris block. The solution, then, comes from taking down progressively heftier machines to build a big enough stockpile. Junk piles can also be cut or drilled through to make platforms, or a block piece can be used to deflect a laser. It's an inventive idea that merges combat, puzzle-solving, and platforming under a single gameplay hook.

However, it isn't long before the concept meets its limitations. Giga Wrecker often asks more of you than it's willing to give, making for an unforgiving and frustrating experience. Most pervasively, the physics systems at the heart of the game are inconsistent. Even when you already know the solution, you'll spend a significant amount of time performing it over and over waiting for the pieces to fall in place just so. Then, with the puzzle resolved, you'll be asked to escape to a door without falling into an instant-kill trap, which is where poor checkpointing issues arise--if you fail, you'll need to begin the puzzle again. At one point, I solved a particularly tricky puzzle and then jumped onto a moving platform, only to have the camera pull away to highlight that I had solved it. By the time camera control was restored, I was in a spike pit, dead.

The checkpointing that does exist is odd and erratic. Since the physics-based puzzles are prone to unresolvable errors, each major room includes a reset point highlighted in noticeable hot pink. These are activated by pressing up, which leads to unintentional activation on a fairly regular basis. If you don't hit these reset points, though, you'll find yourself sometimes checkpointed at the start of a puzzle and other times checkpointed when you first entered a room and repeating a dialogue sequence. I got in the habit of hitting a reset point as soon as I entered any room, just to make sure I set the checkpoint there.

Even putting aside unlucky moments and fiddly checkpoints, though, the platforming can be a struggle. The controls are imprecise, and you'll often continue to slide after releasing a direction or move an uncertain distance from a light, fine-tuned tap. Inching closer to an edge to prepare for a tricky jump will occasionally result in going right over it.

The platforming and puzzles are scattered across three major areas joined by a central hub. Progression generally comes from solving rooms to activate nodes, which then open up doorways locked behind a set number of those nodes. Rinse, repeat. The overworld map that shows how these areas connect is nonsensical, only giving the vaguest idea of direction to find the next doorway, but the areas are small enough that memorization eventually sets in.

The one area that works as intended is combat, but this element is underserved. The robot destruction is mostly about gathering debris, so enemies are few and far between, and you dispatch them with environmental hazards more than your limited arsenal of weapons. The more challenging combat comes from the boss battles: three named characters with two battles apiece, followed by a single final battle. These rare moments are where the combat shines, relying on the same debris-gathering mechanic but challenging you to gather it by countering their moves in between dodging devastating attacks. These fights are challenging, and as opposed to the rest of the game, they leave you with a feeling of accomplishment rather than exhausted relief.

Even putting aside unlucky moments and fiddly checkpoints, the platforming can be a struggle.

While much of the game grows more complex over time, the story actually becomes simpler and more accessible. You're put into the shoes of Reika Rekkeiji, a young girl who barely survived an apparent robot apocalypse thanks to an emergency surgery that gave her a cybernetic arm. The art style helps reinforce Reika's mindset, as her cyborg arm has a spindly sense of body horror. It looks twisted and unnatural on her frame, and as she starts to encounter humanoid "Astra" class robots, their appendages are similarly awkward, elongated, and misplaced on their bodies. It's a subtle and creepy way of showing rather than telling one of the story's major themes.

Giga Wrecker uses some staid plot tropes, like the classic amnesiac protagonist, and at first it feels like showing up to a book club without having done the reading. Characters make multiple inside references to the ongoing robot conflict with such ease and familiarity that I genuinely wondered if it was adapted from an existing franchise. As the story proceeds it slowly clarifies itself. It all carries a distinct tone of anime melodrama, complete with soul-searching soliloquies about the nature of war and violence. It isn't breaking new ground, but it's fine enough.

Despite its glimmers of inventiveness and artistry, Giga Wrecker Alt is its own worst enemy. The puzzles are too frustrating and the platforming too fiddly to recommend it. Game Freak set out to make something very different than the series it's most known for, and the studio's trademark creativity shines through in brief moments. The execution on the whole, though, is sadly lacking.

View Comments (5)
Back To Top
4
Poor
About GameSpot Reviews 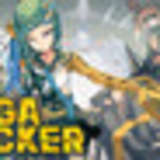 Steve played 10 hours of Giga Wrecker Alt and died nearly 100 times. He has a general fondness for robot apocalypses. Review code was provided by the publisher. 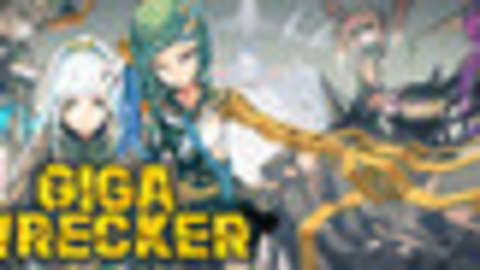