The new chapter of Ghost of Tsushima adds to Jin's backstory in a way that makes it feel essential, while adding even more of the best stuff from the vanilla game.

Rather than being shoehorned into an already complete experience, Ghost of Tsushima's Iki Island expansion feels remarkably integral to Sucker Punch's open-world action game; it might be something newly added to the game, but it feels like it could have been there all along. Its inclusion brings new depth to protagonist Jin Sakai, while providing even more of what made the vanilla game fun and compelling.

If Ghost of Tsushima was about Jin failing to live up to the expectations of his father figure, Lord Shimura, his adventure to Iki Island is about Jin's biological father, Kasumasa Sakai, failing to live up to his son's expectations. The vanilla game dedicated a lot of time in Jin's character arc to his feelings and regrets about his father's death, and with Iki Island, Sucker Punch finds ways to explore that event and their relationship in a lot more depth. Whether you're playing the expansion after having finished Ghost of Tsushima when it launched on PS4, or you're venturing to the island midway through a full playthrough of the game, it's notable how much the Iki Island diversion feels like an important part of Jin's journey.

The story is a strength of the expansion--especially if you're already a fan of Ghost of Tsushima--but it's not the only one. That said, much of what's on offer here is more of the same. That means more fast-paced combat against multiple enemies that requires calculated dodging, parrying, and adjusting your fighting stance mid-battle; more environmental puzzles in which you need to scale castles or shimmy along cliffs to reach distant shrines; and more quiet moments gazing over picturesque landscapes or collecting random objects. Iki Island doesn't break the mold so much as increase Ghost of Tsushima's scope, although the expansion also makes a few fun additions to the overall game that bring it a little more variety.

You can venture to Iki Island once you've completed Ghost's first act, after discovering a coastal village where a new Mongol leader has poisoned several of the inhabitants. The psychedelic drug doesn't kill its victims, though--it drives them to madness, locking them in painful visions of their greatest fears and past regrets. This enemy leader, a woman called the Eagle, has garrisoned her forces on the nearby Iki Island, so Jin sets out to stop her from gaining a foothold and launching a new campaign against Tsushima.

Jin's arrival on Iki provides a big contrast to the rest of the game. This is a location where the locals aren't trusting of or deferential to their samurai lords--in fact, the islanders hate all samurai, and the Sakai clan in particular. It was Jin's father who led a campaign to pacify the raiders of the island, and in a slight recontextualization of Jin's past, his father was killed during that invasion. So there's a ton of emotional baggage for Jin to work through and interesting character interactions for him to have as he helps the islanders, while concealing his true, hated identity. Though the tale goes in some predictable directions, it works because so much focus is placed on Jin's feelings and flaws as he works through them, forced to reconcile with a past he's been avoiding--even throughout much of the original story.

Jin's internal conflict is exacerbated by his interactions with the Eagle herself. Early in the Iki story, Jin is captured and poisoned by the Mongols, and you'll spend the rest of the expansion's main campaign grappling with visions from Jin's past. These can be triggered by anything, from sneaking up on enemies, to running out of stamina while sprinting, to seeing the corpse of an animal killed on a hunt. The visions create a fascinating intermixing between the goals of the Mongols and Jin's personal insecurities and past. Together, these give the game a good excuse to constantly throw in flashbacks and context that broaden his personal story.

The Eagle makes for a good villain, too, although the main campaign for Iki Island is pretty short and you'll wrap it in just a handful of hours, especially if you mainline it. Unlike Khotun Khan, the Eagle is constantly portraying her military campaign on Iki as benevolent, and making offers to Jin to bring him into her fold and opening his mind to new possibilities. The lore items scattered throughout the island and the side-quests you can complete add to the picture of an almost religious fervor surrounding the Eagle, which makes your journey across Iki feel a little different than just another fight with another bunch of Mongols.

The enemies are, however, mostly just another bunch of Mongols, so don't expect major alterations to combat. The expansion does add a few new tricks to your arsenal, though. The main one is the horse charge, which allows you to hit a button while mounted and barrel through enemies who are on foot. It's a fun move that lets you open up a fight by damaging all the enemies in a pack, and once you upgrade it and find the optional horse armor attached during one of Iki's major side-quests, it becomes a pretty useful addition to Jin's many combat options.

Other combat alterations are smaller in scope. Another set of armor from a side-quest takes away your ability to parry unless you land perfectly timed parries, but rewards you with deadlier counterattacks. Wearing it tweaks your fights just enough to make them challenging in an all-new way, while still making you feel extremely powerful. You can also find some new charms that encourage different play styles, like one that lets you fire three arrows instead of one. Finally, one town has a sparring mini-game, where you need to adjust your fighting style in a way that goes beyond the usual change in stance to deal with your opponents' unique approaches. All of these little tweaks offer some options for changing up how you fight and add a little extra challenge to the game, without pushing you far off the path Ghost of Tsushima has already beaten.

Apart from expanding on Jin as a character, Iki Island hits high notes with its environment design and the puzzles hidden therein. Iki is another gorgeous landscape on par with Tsushima itself, and it constantly looks amazing as you explore. It also has a few long, satisfying environmental puzzles to work your way through, standing with the best of what showed up in the base game. One highlight has you searching for lost treasure by making your way across a fleet of shipwrecks, and the further out you get, the more volatile the ocean becomes. As waves crash against the wreckage, you can't just fling yourself through space the way you do in every other example of these puzzles--you have to time your jumps and pay attention to your surroundings, lest a wave crest a rock at the wrong time and sweep you back into the water.

There are a handful of Tsushima's open-world activities to complete, like haikus and bamboo strikes, and a few unique to Iki, like archery challenges--but the best new additions are animal sanctuaries. These locations are exactly what they sound like, and each has Jin playing a short tune on his flute that provides a bit of a rhythm mini-game for you to interact with, and rewards you with a new charm for combat. You tilt your controller up and down to match the tone of the flute, and as you play, animals creep closer to interact with you. None of the flute songs are challenging, but each of the sanctuaries is a nice, contemplative moment where Jin pets a cat or a monkey, giving you a few seconds to take in the landscape and just relax. Jin also spends his time at these places reminiscing about his mother, the more relaxed and playful of his parents when he was young, so we get even more exploration of the foundations of his character and his past.

All of what Iki Island brings to Ghost of Tsushima is good--if you already like Ghost of Tsushima. The base game's issues remain, however, so if Sucker Punch's take on the open world didn't thrill you before, don't expect this new content to change your mind. You'll still wrestle with the camera during combat, especially as Mongols come flooding at you from all sides. And while Iki Island is a fun place to explore, it's littered with a lot of the same by-the-numbers open-world activities and collectibles. Expect to chase down a bunch of collectible flags and lore items, climb a few lighthouses, and try your hand at a few archery challenges. None of these activities are especially engaging, and while the side-quests provide some good variety in their stories, requirements, and locations, the island still has its share of busywork scattered around.

Where Iki Island excels, though, is in adding some new dimensions to the rest of Ghost of Tsushima. Its exploration of Jin's backstory and his character bring more depth to the base game's tale that improve it overall, and its beautiful new landscape provides both more of what works about vanilla Ghost and a few good, if slight, tweaks on the formula. Nothing is a drastic departure, but it's a lot more of the good stuff, refreshing Sucker Punch's already solid open-world game and providing some interesting reasons to revisit it.

Phil Hornshaw spent about 12 hours exploring Iki Island, where he made sure to work through every dad issue, climb every mountain, and pet every animal. Review code was provided by the publisher. 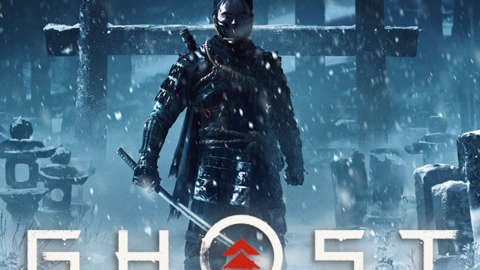 Ghost of Tsushima is an open world adventure from Sucker Punch.