Sluggish controls and lifeless gameplay make Ghost in the Shell worth playing only for loyal fans of the anime, and even then it isn't worth more than a rental.

Ghost in the Shell: Stand Alone Complex is a first-person shooter based on the popular anime series. Yes, it's a first-person shooter on the PSP, and yes, it suffers from some severely limited controls. If you demand precise, intuitive control from your shooters, you can stop reading now and forget this game ever existed. However, if you're willing to make a few sacrifices for the sake of playing as your favorite Ghost in the Shell characters on the PSP, you'll find a few things to like about this game. Even then, this game is better served as a rental, because the single-player game is too short, and the multiplayer game is boring and uninspired.

Ghost in the Shell: Stand Alone Complex follows the themes of the anime series of the same name, so you can expect a plot full of esoteric, often incomprehensible techno-babble that amounts to some crooked government conspiracy and a bunch of expendable bad guys that must be killed. In this game, you play as one of four members of the elite police force known as Section 9, and you have to unravel the mysteries of a convoluted terrorist plot. You'll accomplish this with your savvy sleuthing skills, which involve erratically blasting humans and cyborgs with all manner of heavy weaponry. There are a few missions where you have to escort a helpless VIP to safety or stun and kidnap an official to gather information, but for the most part, you'll be shooting the same few enemies repeatedly. There are six chapters, and each one is divided into three or four missions. The missions each take only a few minutes to complete, and you can easily get through the first half of the game without dying once. Later missions are more difficult, but most of the challenge comes from fighting the terrible controls.

There are four different control styles to choose from, and while some are slightly better than others, they all require you to look and aim with the four primary face buttons while moving with the analog stick. This is a problem, because aiming with buttons is way too imprecise and sluggish to be practical. Pressing and holding a button causes your aim to move too much, so the best way to manually aim is to tap a button a few times to try to get at least within the vicinity of your target, then fire wildly, hoping that at least a few of your shots will find their mark. Luckily you don't have to do that often, though, because most guns have a target lock function that's far from ideal but is at least functional in most situations. When you're close enough to a target, you can hit down on the D pad to lock on to the target. Then your aim will stay centered on the target so you can move about freely without having to worry about aiming.

Even with the lock-on feature, some of the guns are so inaccurate that you'll still miss. When bullets do hit, there's no indication to let you know that you've inflicted any damage. Enemies just stand there while you unload on them, and eventually they fall over dead. The same thing happens when you're being hit by enemy fire. Unless you're paying careful attention to your health meter at the top of the screen, you can get mowed down without even knowing it. The bullets have no impact, and there's nothing to tell you that you're in danger. In most shooters your screen will shake or flash red when you get hit, but in this game you just have to listen for gunfire and hope it's not pointed in your direction.

There's additional combat assistance available in the form of the autonomous spiderlike tanks called tachikoma. You can bring a tachikoma into battle with you and give it movement and attack commands. These little tanks can hold up to five weapons, and since they move and attack on their own, they can be quite helpful in covering your back during firefights. For the most part, you can sit back and let the tachikoma do all the dirty work, but you do have to be careful not to let it take too much damage, because if it dies, you have to restart the mission. You can also take control of your tachikoma at any time, although there usually isn't much reason to do so unless you need to move it out of your way.

One of the simultaneously best and worst parts of this game is the weaponry. Before each mission, you can assign three weapons to your character and five to your tachikoma. If you want, you can assign rocket launchers to all three slots on your character, but you'll quickly run out of ammo. That's not too much of a problem usually, since you can pick up any of the guns dropped by your enemies. Any gun you pick up and finish a mission with will be permanently added to your arsenal, so you can equip it for later missions. Tachikomas have more-powerful but more-specialized weaponry. Certain types of weapons can be fitted only to certain slots on the tachikoma, and you can also equip things like ammo packs and repair kits in lieu of a weapon. Properly equipping your tachikoma and your character is the key to completing missions. If you expect to fight a bunch of tanks or large enemies, you'll want to equip explosives, but if you're up against a lot of enemies in close quarters, machine guns are a better choice.

The reason the weapons are also one of the worst parts of the game is that they aren't at all interesting or fun to use. For one thing, there's the aiming problem, but beyond that, the weapons just feel weak. The sound effects are thin and laughably weak, and there's no kick to any of the weapons. Explosive weapons will cause an enemy to fly through the air, but it looks ridiculous because neither the explosions nor the characters seem to have any weight or impact. Also, while there are more than 50 weapons in the game, a lot of them seem exactly the same. There are tons of machine guns and pistols, but they aren't distinct or varied enough to make it worth trying them all out.

In addition to single-player mode, Ghost in the Shell supports up to six players for ad hoc deathmatch games. You can choose teams or free-for-all, and you can fight with characters or tachikomas, although you can't mix the two. There are eight different maps, although some maps aren't suited to the larger tachikomas, so you'll be limited if you choose that type of battle. The levels are also quite small, so you pretty much spawn and shoot repeatedly until the round is over. You can leave the target lock set to on, but it's much more sporting to set it to off. Though we didn't notice too much lag in multiplayer, the animations--specifically the death animations--looked extra jerky and odd. Multiplayer suffers from the same problems as the single-player game, except it feels even more limited due to the lack of game options and the paltry assortment of maps.

Visually, Ghost in the Shell looks bland and uninteresting. You'll visit the same few areas over and over, so you'll end up seeing the same cargo containers, boxy cars, and nondescript barrels over and over. The textures and colors are all fuzzy and bland. The character models look nicely detailed, especially in the cutscenes, but they animate like robots (yeah, lots of them are basically robots, but they move awkwardly even for robots). One thing the game does have going for it is a relatively smooth frame rate, which goes a long way toward making up for the lack of detail in the environments.

The sound in the game is good in spots, but overall it's disappointing. The soundtrack is made up of some catchy and well-done techno tracks that fit nicely with the sci-fi theme of the game. The main story characters have the same voices as in the anime, so they sound just fine as well. The tachikomas still sound like 8-year-old girls, but they have some genuinely funny dialogue that helps lighten up the rather dry story. The sound effects are awful in this game, though. The weapons mostly sound the same, and none of them sound the least bit powerful. Explosions and other effects sound muted and weak as well, which is a shame, because the lack of decent sound effects really saps all the intensity from this game.

If you are a fan of the Ghost in the Shell anime, this game could be worth a rental just to see the familiar characters in a slightly different context. You can easily beat the game in three or four hours, and then you can go back and play through it again with the other characters, but the awkward controls and uninspired missions aren't compelling enough to keep you coming back. There are a couple unlockables, including an 8-bit-style vertically scrolling shooter starring tachikomas, but other than that you aren't rewarded for putting extra time in with this game. In the end, this game will only appeal to the most forgiving fans of the anime. 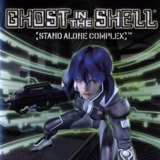 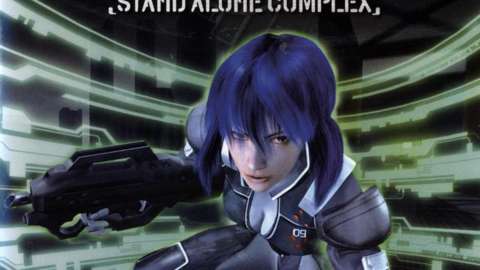