Ghost in the Sheet Review

Ghost in the Sheet may be more traditional than it first appears, but this spooky adventure still offers challenging puzzles amid a creepy atmosphere.

Rotting in the ground might be a better way to spend the afterlife than the alternative proposed in Ghost in the Sheet. This point-and-click adventure from Czech developer Cardboard Box Entertainment assumes that cheap Halloween costumes got it right, as you spend eternity as a spook dressed up in a white sheet. Challenging puzzles, a quirky sense of humor, and an atmosphere that veers between cheese and chills make this one of the more intriguing cut-rate adventures to fly coach out of Europe in the past couple of years.

What most stands out here is the bizarre storyline. You take the role of an anonymous man who's found himself in a decidedly strange hereafter after being run down by a truck. A gruff, judgelike character calling himself your boss tosses a sheet over your disembodied soul to keep you from blowing apart and hands out marching orders for the Ghost Catching Organization. It seems that you've been drafted into this unearthly civil service assigned to track down wayward ghouls who haven't properly shuffled off their mortal coils. At present, a lot of these laggardly spirits can be found in an apparently abandoned factory called Sector Omega, so you're shipped off to get the inside skinny on this rusty old dump and free up more spectral drones for the afterworld workforce.

Most of this tale is weirder than the gameplay. As the game goes along, you acquire paranormal powers that let you pick up items, push buttons, light darkened rooms, fire off electrical surges, and generate gusts of wind. In short, you can do just about anything stereotypically ghostly aside from yelling "Boo!" at credulous yokels, but you can't physically touch anything (which makes sense as you're supposed to be a ghost, although you've got to wonder what's holding up that sheet). Despite the unconventional premise, virtually all the puzzles in Ghost in the Sheet involve traditional adventure problems like figuring out how to open locked doors via manipulating objects or scrounging up the clues needed to figure out codes or manipulate various control panels. You may be intangible, but you're generally able to interact with environments just like the average Joe with a pulse in the usual adventure game.

Specific puzzles can be pretty challenging, though, even if the game doesn't take much advantage of the supernatural theme. Deducing codes requires some serious calculations at times, not just picking up the usual scraps of paper. You need to have at least a minor affinity for math to make it to the conclusion of the game. Set-piece logic puzzles deal with everything from playing musical notes on a flute to interacting with intricate machinery. Object-oriented conundrums are centered on close observation of the scenery, which necessitates more than a few eye-squinting pixel hunts because much of the Sector Omega factory is a dingy maze. And you have to take part in a handful of arcade-style minigames that involve tasks like smashing scurrying rats with bricks and leading a rival ghost on a merry chase. Expect a good eight hours of sleuthing here.

Only bottom-drawer production values get between you and a ghostly good time. Cardboard Box Entertainment is apparently a two-man operation, and boy, does it ever show. Storytelling cutscenes rely on chalkboard-style sketches that depict the action with stark white lines on dark backdrops. The art is actually fairly effective if your tastes lean to the sparse and surreal. Rooms in the factory are viewed by one or two static camera angles that often obscure vital objects. Many scenes are so dark that it's tough to immediately spot some crucial items. Getting lost is another issue. While Sector Omega isn't huge, you can easily lose your way because the game frequently turns you around when you enter a room due to unfriendly camera angles.

Surprisingly enough, the audio effects are quite good. Voice acting is as stilted and strange as you'd expect considering the dialogue has been translated from the original Czech, yet it's still appropriate for a game like this, in which nobody--not even the player--is supposed to know what's really going on. The music is even better, with shrill strings keeping the tension high and underscoring key moments in the story.

Old-fashioned despite the offbeat plot, Ghost in the Sheet is a predictable yet mostly fulfilling adventure. It's ideal for point-and-click traditionalists looking for some spooky stuff with a sense of humor. 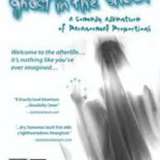 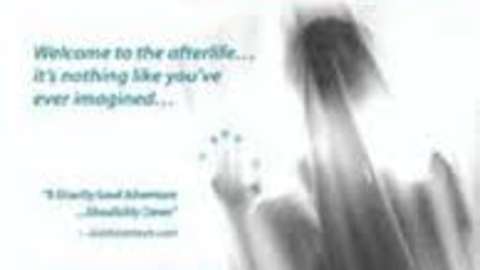 Ghost in the Sheet

Take on the role of a ghost wrapped in a sheet and stuck in an old factory as you try to unravel the mysteries of the afterlife.