No one can hear you scream.

Genesis Alpha One's ambitions are made clear from the moment you begin constructing the vessel meant to act as an ark for humanity's survival. You're alone in space, searching for a planet hospitable enough to act as a new home. But getting there is no easy task. You need to juggle the expansion of your ship, the maintenance of its existing modules and the living conditions of your growing crew of clones, and that's when you're not mining for new resources, fending off alien infestations, or tending to crew job assignments. The problem with Genesis Alpha One isn't that all of these systems buckle under the weight of their interconnectivity--it's that none of them are that engaging to interact with in the first place.

Genesis Alpha One contains a mixture of strategic shipbuilding and the more personal exploration of your ship and surrounding planets through a first-person view. Your ship can be thought of as a moving command center; it's where you construct new modules to scan and scavenge resources from nearby debris, hangars for ships to explore nearby planets and biomes to sustain life onboard as you expand your crew of barely indistinguishable clones. When not making changes to your ship, you explore the hallways of your creation or join crews on missions to planets for resource scavenging.

Each run in Genesis Alpha One rarely deviates from the same starting steps. You construct the bare minimum you need on your ship before getting the chance to jettison off into the great unknown--essentials like a Greenhouse for oxygen production, Quarters for your crew, a Tractor Beam for harvesting resources, and more are the fundamentals around which the rest of your ship is built. Although finding the exact module you want to add to your ship is made frustrating by the unclear menu headings (which I never got used to), actual construction is far easier. Modules click into place like Lego blocks, offering entrances and exits that need to be lined up to existing pieces of your ship or strategically placed for future ones. It's satisfying to go from a broad overview of your uniquely designed vessel and straight into the shoes of a member on board, giving you the freedom to roam around the intricately (or confusingly) laid-out hallways you just placed down.

Genesis Alpha One features familiar elements from roguelikes, giving you modifiers to change how you start each run. You choose a template for your initial crew--based on a Corporation you select--which determines how many metals, elements, and oxygen-producing plants you begin with, as well as the number of crew members on board. You unlock new corporations as you play. To gain access to a corporation that specializes in mining ore, for example, you'll first need to have one lucrative mining run.

These corporations and their advantages are then combined with a limited number of separate static upgrades, which you discover during your travels through the galaxy and that impact your playstyle more directly. You might choose to adorn your personal suit with upgrades to health and damage reduction but miss out on helpful indicators pointing you to special resources on your galaxy map, for instance. You're encouraged by the numerous locked upgrades--which appear in the menu--to search new areas of the large galaxy map during each run so that you can secure a more diverse set of upgrades to further modify your playthroughs. There are few that drastically change how a run might unfold, which leads to a sense of tedium setting in with each new attempt and its protracted start. The slight changes to your starting resources and crew do, however, give you more creative flexibility when deciding how to initially start the construction of your ship.

Although building out your vessel is generally satisfying, you soon begin to realize how tedious your routines around the ship can become. Each module has a purpose, and without hands tending to them they remain ineffective. Salvaging resources from nearby debris requires workers on the Tractor Beam, for example, that you need to assign via a console that's only located in that specific room. The same goes for every other station around your ship, making your opening moments aboard a frantic dash between each room to get everything running. When you jump from one solar system to another, this process sometimes needs to be repeated. You'll need to rescan new debris around you--which requires you to hold a button for far too long--and manually assign the Tractor Beam again for salvaging, even if you previously assigned crew members to that job. It's baffling to have to go through these same motions every time you jump to a new solar system (which happens fairly regularly), especially when a centralized interface giving you access to all your ship's sub-systems would be far easier and more manageable.

This is exacerbated by AI that makes your crew largely useless without your input. Unless they're assigned to a station, crew members will wander around the ship and not really do anything. They might engage with unwelcome alien stowaways but appear to ignore or forget about them completely when even slightly separated from them. An attacking pirate crew might be storming your hallways and causing mayhem, but your crew won't react until they've entered a room with them inside. As a captain, you're severely limited in the ways you're able to command your crew, save for ensuring that they're present at a console to carry out the menial tasks that rooms and their associated purposes require.

That leaves a lot of additional work for you to do alone, which starts piling up to an unbearable degree. Should you find yourself fighting off an alien infestation, you're stuck dealing with eradicating the spreading alien eggs alone in the catacombs below each corridor. It's satisfying to set up your vessel in a way that establishes clear choke points or routes enemies into an area filled with turrets you've placed for defenses. But as your ship grows, your ability to actively react to a growing danger becomes nearly impossible. It's compounded by unclear ways to deal with mission-ending threats such as infestations and raiding pirates. It seems that once either is onboard there's little you can do to get rid of them for good. Pirates will continually spawn on your ship even after multiple jumps to new solar systems, while aliens will continually sprout new hives even after you've cleared them all out. If there's a way for you to triumph over these challenges after you've encountered them, Genesis Alpha One doesn't make it clear exactly how.

Losing progress in a roguelike is meant to entice you to hop back in with new accessories to change your next run, but Genesis Alpha One doesn't have the mechanics in place to make these variations interesting enough to experiment with.

The first-person action isn't that robust, either. You can craft numerous types of weapons--ranging from simple assault rifles and flamethrowers to more futuristic, slow-firing laser weaponry--but enemies rarely offer diverse-enough challenges for you to consider the strategic advantages of each. The actual mechanics of shooting are also not satisfying. You can't aim down a gun's sights; instead, you lock onto enemies with the press of a button, making skirmishes tedious and boring. Enemies don't recoil from your attacks convincingly, robbing the action of a punchy feeling. And, despite your abnormally high movement speed, there are no enemies that demand you use this in creative ways. Instead it's just easy enough to use that speed to back away from enemies that can hardly ever keep up, or are never accurate enough to pose a threat from afar.

Losing progress in a roguelike is meant to entice you to hop back in with new accessories to change your next run, but Genesis Alpha One doesn't have the mechanics in place to make these variations interesting enough to experiment with. Instead, death just feels like a punch to the gut, and a reminder that all the tiring setup you endured in the previous run must be repeated for hours to feel anywhere close to where you left off.

From tedious combat to the repetitive nature of exploring new solar systems, there's little in Genesis Alpha One to hold your attention. Expanding your ship as you traverse a vast universe is marginally rewarding when you get the chance to roam around the elaborate structures you've built. But the process of gathering resources to make this possible is arduous, while threats bringing your inevitable demise are either dull to fight against or spawned onto your ship in aggressively large numbers without any clear methods of success against them. Genesis Alpha One contains all the components for deep space adventure, but none of them are executed well enough to make it a voyage worth taking.

View Comments (8)
Back To Top
4
Poor
About GameSpot Reviews 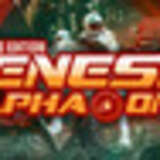 Alessandro embarked on five different voyages with different crews and corporations but was always undone by insurmountable hostile threats. He did enjoy splicing together human and spider DNA, however. Code was provided by the publisher for the purposes of this review. 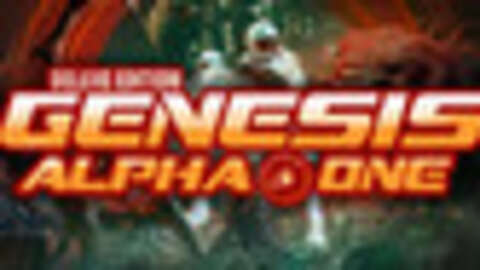 Genesis Alpha One mixes thrilling roguelike mechanics with a deep ship builder and fast first-person action, putting you in the role of an interstellar pioneer.