Gamera 2000 is a gem among an otherwise fairly bland genre.

The hosts of Mystery Science Theater 3000 didn't know how right they really were when they sang, "Gamera is really neat. Gamera is full of meat." Miss the reference? That's all right. Whether or not you've ever heard of Japan's flying turtle movie monster doesn't take away from the fact that Virgin Interactive Japan's Gamera 2000 is a gem among an otherwise fairly bland genre, namely the behind-the-back shooter.

The game's story takes place after the two most recent Gamera films (Gamera: Guardian of the Universe and Gamera vs. Legiones), both of which are modern updates to the cheesy 60s monster flicks that most folks have probably seen on MST3K. Basically, aliens are terrorizing Earth, and as protector of the planet, Gamera will have none of that. As a member of a fictional international task force, you're assigned to help him out as best you can, taking up the reins of an advanced airship. This information is all imparted to you through the use of unintentionally amusing FMV segments, acted out in either Japanese or English (with decidedly Japanese delivery). It's complete with Wing Commander-eque clickables, which either play out mini-scenes of various characters awkwardly introducing themselves or of Gamera flying around.

As happens in other same-styled games (Sega's Panzer Dragoon comes to mind), holding the fire button will build a lock-on target (in this case, either for your blaster or fireballs from G's mouth). However, holding the O button will charge up the attack bar of a giant flying turtle, which can be used as a defense or released to drive Gamera into a spinning frenzy, thereby attacking everything in sight until the bar fully drains. The controls of the two-player (or family) mode are a little different, in as far as the first player steers and uses his own two attacks, and the second player controls the two attacks of the turtle.

Once in the thick of battle, there's a lot of defense to both one- and two-player modes: You must avoid or shoot enemy fire, but not to the point where offensive fun is sacrificed. And while some behind-the-back shooters come off impossibly hard for all but the most advanced player, Gamera 2000 walks the fine line between challenging and just plain hard. If you get beaten, you'll have to go back and learn a strategy to overcome what got you. That might take a few tries, but you'll get it eventually. It's not hard enough to be frustrating, but it's not easy enough to feel cheap.

Another nice feature of the game is its variety of gameplay. Unlike aircraft shooters (Sega's Sky Target comes to mind), the player's role and enemies change regularly from level to level. While the first two stages set you as an airship and flying turtle team, the third and fourth place you and your pal as two armed agents on a neo-Akira-like motorbike. And the enemies run the gamut from spaceships to Star Wars At-ST type walkers, monstrous quadrupeds to flying manta-ray-eel-type creatures. The fifth level is a real treat, as you assist Gamera in battling a giant two-headed Gyaos (a huge bat-like monster with a sonic scream) right smack dab in the middle of San Francisco Bay. The rest of the game continues on with this kind of diversity, along with some really fantastic polygonal graphics and backgrounds.

Though some might lodge the complaint that the title's play mechanics are quite a bit like Sega's Panzer Dragoon and Panzer Dragoon Zwei, Gamera 2000 comes off much more as a worthy successor to the series than a simple clone. In fact, there are points in the game where it feels quite a bit better than the Panzer titles.

While it's still uncertain if the game will ever be released here in the States (TH*Q talked about it at one time, though it hasn't said anything recently), it's fully worth picking up as an import. It's quite US friendly in fact, as the game's default mode is actually English with Japanese subtitles (its options are in English as well). With quite a bit more meat than others in its genre, Gamera 2000 definitely one to watch for, no matter how you come by it on North American shores. 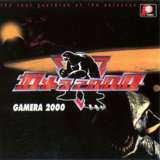 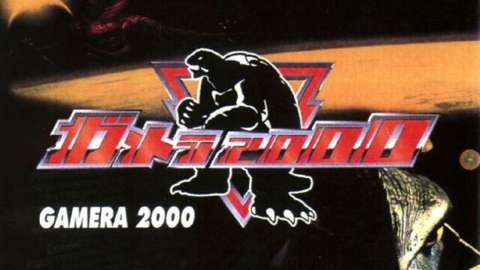 Gamera 2000 is a gem among an otherwise fairly bland genre.