For every action, there is an equal and opposite reaction.

Galak-Z: The Dimensional is deceptive. Despite its appearance as a simple 2D arcade shooter, complete with neon lasers and frantic firefights, there's something more beneath the surface. This is a game of technique and patience, risk and reward, and it requires just as much forethought as it does split-second timing. It's more of a calculated boxing match than a haphazard shootout. Simply put, Galak-Z is a constant learning experience, and overcoming its difficulties requires mastery of its nuanced systems.

Galak-Z is inspired by anime, and structured like it as well. At release, there are four seasons, each serving as acts in this sci-fi story. You play as A-Tak, a pilot sent drifting into the far reaches of space after a disastrous battle with the powerful Imperial army. In order to progress, you need to complete procedurally generated missions, which function like episodes in the traditional TV sense. By completing five episodes in a row, you unlock a permanent new season, with its own randomized corridors and asteroid fields to explore.

But if you die, you lose your progress, and return to the beginning of your current season. And during my 20 hours with Galak-Z, I died frequently--close to 30 times. This is a brutal, punishing game, and defeat is all the more heartbreaking because it means losing every upgrade to your ship. These augmentations affect an array of abilities. During my most recent playthrough--after I had already beaten the final season--I accrued a spread pattern for my lasers, increased shield capacity, flaming missiles, and a chance to freeze enemies. And I still died.

But developer 17-Bit has created a system that lends meaning to your deaths, and creates a layer of strategy that Galak-Z's arcade-y aesthetic belies. Crash Coins are collectible currency that carry over from playthrough to playthrough, and collecting them means beginning a season with money already in your pocket. By finding Blueprints--permanent item unlocks for the shop--you can ensure that powerful weapons will be available to purchase at the outset, and you won't have to venture into dangerous corridors to find them.

Before each dogfight, you can consider your options by hiding behind a wall, out off enemies' sight lines. Based on the number of missiles you have left, the status of your health, and the rank of your enemies--which is indicated by colored stripes on their hulls-- you can plan out your approach. Environmental hazards, such as exploding barrels and live-wire electrical connections, pose even more threats to foes. In the end, though, you can just as soon choose to avoid a fight altogether. There are numerous layers to every fight.

This is where prior planning and strategizing come into play. Each mission poses a set of questions: should you explore, or should you focus on the objective? Should you search for combat upgrades or stick to the beaten path?

Answering these questions is never easy, but there are myriad ways to do so. Galak-Z's physics engine is all about actions and reactions, and learning the best ways to thrust the ship through abandoned space vessels is tantamount to mastering the combat system. The ship can strafe, reverse thrust, and even dodge above lasers--that is, toward the camera--so there's an added sense of verticality to hectic battles. You can also transform the ship into a mech, complete with grappling hook and lightsaber-esque blade, gaining the advantage in close-quarters battles. There are layers to every encounter, and Galak-Z demands that you pay attention to each situation--not only to what's around every corner, but where you stand in the overarching picture.

During one playthrough, midway through Season 3, when my health was critical and my missiles depleted, pirate raiders pursued me through the asteroid's interior. Ahead of me, Imperial scouts patrolled the hallways, and farther past them, wild space bugs protected their young. My options were running out, and I knew I didn't stand a chance.

But by boosting through the squad of Imperials and into the bugs' lair, I pitted all three factions against one another in a frantic three-way dogfight. This freed me to search for last-minute Crash Coins and Blueprints to help on my next playthrough. Failing in Galak-Z is not just about admitting defeat, but accepting it, and making the most of it.

However, the learning curve here is steep, and its initial complexity created a slog through some of Galak-Z's more difficult encounters. It took me a while before I wasn't feeling overwhelmed by large enemy groups. Trying to dodge and fire missiles at the same time was particularly difficult, as they're mapped to the square and circle buttons, respectively, and it took excessive amounts of practice to master the ship's strafing ability.

But in the end, Galak-Z is about learning as you go, and making the best of what you have. It's a layered, complex system, and even now, 20 hours after I started it, there are upgrades I haven't found, techniques I haven't practiced, and possibilities I haven't considered. Galak-Z pummelled me, knocked me to the ground and kicked me when I was down. But when I finally got the upper hand, and beat the final season with only a sliver of health left, the victory was all the more rewarding. 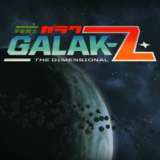 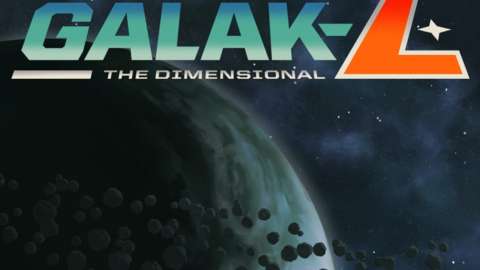 Galak-Z: The Dimensional is a hand painted intergalactic adventure that will take you to the ends of the universe to fight enemies in brand new ways.