The fast and flashy dual-stick shooting of Galaga Legions DX makes it fun to blast space bugs all over again.

After putting some invigorating twists on one classic video game series in last year's superb Pac-Man Championship Edition DX, the Namco Generations team has turned its attention to another Namco franchise. The result is Galaga Legions DX, which uses 2008's Galaga Legions as a jumping-off point and evolves it into a dual-stick shooter with a constantly ticking clock putting the pressure on. It doesn't quite reach the same heights as the team's previous effort, but it's an engaging entry in the Galaga series that once again makes the age-old pursuit of higher and higher scores tough to resist.

In Galaga Legions DX, you pilot a starfighter against waves of insectoid enemies called galaga. That's the extent of this game's similarities to the 1981 arcade classic. Here, as in the original Galaga Legions, you're accompanied at all times by two invulnerable satellites that fire each time your ship fires. In Legions, you could position your satellites anywhere on the screen, but here, the action is simpler. The satellites never leave your side, and you direct them with the right stick. You can either have both satellites fire in the same direction or you can set the satellites to mirror each other. You can switch between these two formations at any time. Because incoming waves of galaga frequently alternate between coming from a single direction and from multiple directions, you need to react quickly and reconfigure your satellites on the fly to deal with them efficiently, making this a less tactical but more immediate and frantic game than its predecessor.

Legions DX also ratchets up the tension by taking a cue from the Pac-Man Championship Edition games. Here, every game is broken into five levels, and each level has a set number of waves. Each level also has an imposed time limit, and the challenge lies not so much in surviving each wave but in defeating it quickly to earn as many points as possible before your final seconds tick away. Before each wave begins, blue lines quickly cross the screen, indicating the movement pattern of the incoming enemies, and markers indicate where the galaga will emerge from, giving you an instant to position yourself and your satellites to deal with them. Your goal is to destroy the enemies efficiently, because any allotted time for a level that you have left over when you've completed one of the first four levels is added to the amount of time you get to spend on level five, and on level five, all point values are doubled. As a result, every extra second you accrue to extend your time in level five could mean tens of thousands of extra points that send you higher up the leaderboards.

Waves of enemies are typically made up of a large number of small ships and one or two larger ships. Destroying these larger enemies sets off chain reactions that destroy the entire squad, netting you half the points for those foes but eliminating them efficiently. Galaga bombs also frequently appear; destroying these creates an explosion that consumes nearby enemies, and targeting them is often the key to wiping out waves quickly. Initially, the amount of activity onscreen can be bewildering, but as you play, you naturally get better at reacting to the indicators that precede each wave and at quickly eliminating the galaga. Evolving into a more efficient and precise killing machine is rewarding, and it's tempting to attempt each area repeatedly in an effort to earn a precious few additional seconds to spend in level five and achieve higher and higher scores.

The action keeps you on your toes. Incoming enemies use constantly changing patterns, and waves alternate between those in which enemies swarm around you in such vast numbers that your ship becomes completely surrounded, and those in which galaga bombs make filling the screen with explosions and instantly wiping out all your enemies effortless. One moment, you feel overwhelmed; the next, you feel overwhelmingly powerful. That sense of power is enhanced occasionally when a galaga trap comes along. Destroying these generates a black hole that takes hold of any nearby enemies, who then join you, dramatically increasing your offensive power. These helpers are fragile, and most of them are likely to get wiped out quickly as they come in contact with enemies, but the boost they provide is enjoyable while it lasts.

One thing you won't frequently feel is threatened. Even when you're surrounded on all sides by enemies, it's typically easy to cut a swath through them and emerge from the swarm alive. So while the action is involving, it rarely has the edge-of-your-seat excitement that comes with struggling to survive and escaping death by the skin of your teeth. That's not to say that you won't die. False moves can cost you a life; more significantly, they cost you precious time, and when you respawn, the action moves at a slightly slower pace than it did before. If you want to pick up some pointers about how to earn higher scores, you can watch replays of the top scorers on the leaderboards. It's a handy feature, and it reveals the sometimes counterintuitive strategies that you can employ to maximize your scoring potential. For instance, all of the current highest scorers in the Tournament mode stop upon reaching the 10th wave of level five, destroy two enemies for a total of 400,000 points, and then sacrifice their ship and restart the wave, repeating the process until they get down to their last ship. It's unfortunate that the best strategy isn't always to simply fight on through as many waves as you can, but at least the game makes it easy for you to learn from other players.

Legions DX gives you six visual styles to choose from before each game. One of these is a bland high-resolution take on the ships and enemies of Galaga. The other five options use the colorful original sprites from games such as Galaga and Galaxian, and the way destroyed enemies disintegrate into pixilated pieces when playing with one of these visually retro options selected makes blasting the creatures to smithereens all the more satisfying. Regardless of which visual option you select, the background is a constantly evolving display of asteroid fields, color-shifting star fields, and other dynamic sights. The result is a game that resembles what a kid in the '80s might have imagined games in the future would look like.

It doesn't take long to blast your way through all of Galaga Legions DX's 10 areas; in that sense, it is a short and easy game. But the real struggle here is for leaderboard domination, which is not so easy. It's too bad that Legions DX doesn't do what many other score-focused games these days do and inform you when you near or surpass a friend's score (or when a friend has overthrown you). That could have fueled the fires of competition and made giving these areas just one more try even tougher to resist. But even without that kind of leaderboard integration, the gameplay is fun to come back to, whether you're aiming to beat a friend's high score or to just set a new personal best. Legions DX doesn't have much in common with its storied namesake, but it's a worthy bearer of the Galaga title nonetheless. 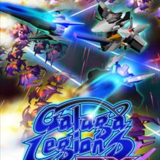 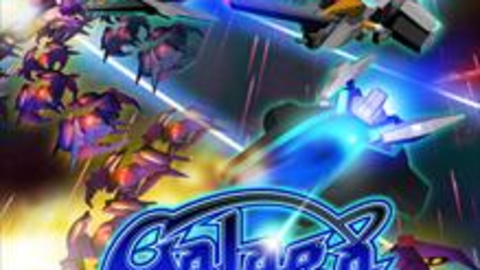 Galaga Legions DX is the follow-up title from the team behind PAC-MAN Championship Edition DX.