Gain Ground is a haphazardly conceived strategy game that's challenging for all the wrong reasons.

It's surprising to see the Sega Genesis version of Gain Ground available on the Wii's Virtual Console. The game wasn't popular when it made the rounds in arcades during the late 1980s, and it didn't win many additional fans when Sega ported it to the Genesis in 1991. There's a vocal group of people out there who insist the game will grow on you once you invest the time to learn its intricacies. While that's certainly a possibility, you're more likely to come to the realization that you've wasted a ton of time playing a haphazardly conceived strategy game that's challenging for all the wrong reasons.

Contrary to what the overhead viewpoint and crude 2D characters may lead you to assume, Gain Ground isn't a dungeon crawler like Gauntlet. It's a real-time strategy game in which one or two players use different characters' abilities to overcome the terrain and enemies in 50 individual stages. The characters and stages reflect different periods of history, from ancient times to a space-age future, while the medieval and militaristic music sets a fitting mood. To get through a stage, you need to guide all of your characters to the exit or eliminate every enemy in the stage before the timer runs out. That's not so easy, though, since the bad guys are often situated behind walls or on rooftops, and they tend to gang up on you or fill the surrounding area with spears and bullets. Before a stage begins, you can take a look at the layout and select the character from your list that you think is best suited to the stage. For instance, if it looks like you're going to need to lob spears to get at enemies behind walls, you should probably pick the jungle native. In the beginning, you have three characters to choose from, but you can add as many as 20 to the roster by rescuing the prisoners you find in some stages.

The problem with the game is that it's nearly impossible to get the hang of the details. Characters differ in terms of speed, firing direction, shot range, whether their shots can arc over walls, and even whether they're left-handed or right-handed. However, the onscreen labels don't do a good job of explaining each character's weapons or traits. So, you have to learn by trial and error, but unfortunately the game has zero tolerance for mistakes. If you pick a character that can't shoot diagonally, for example, and it turns out that the enemies in the stage are protected from the side, you'll probably get hit and lose that character for good. If none of your available characters' weapons can clear a path to the exit, you're simply going to watch your characters die one after another. The picky hit detection doesn't help matters any. Shots often pass right through enemies, but you'll sometimes die from a bullet that should have missed by a few pixels. On top of all that, if time runs out or you continue, you lose all of the extra characters you've collected.

If you already know and love Gain Ground, you probably won't be disappointed spending 800 Wii points ($8) to play it on your Wii. Sometimes the action slows to a crawl when there are too many objects moving onscreen, but the same thing also happens when the game is played on a Sega Genesis. Since the game requires the use of only two buttons, you can play it just fine using a Wii Remote, a GameCube controller, or the Classic Controller add-on. However, considering how much of a pain Gain Ground is, most people should probably take a pass on it. 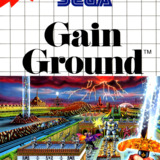 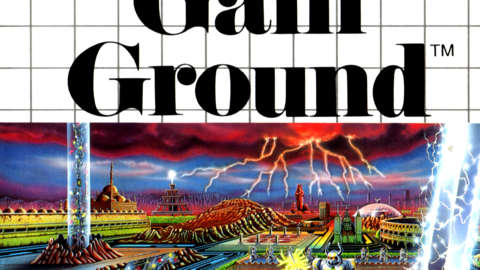