Fuser's core mashup-making mechanics are compelling, but they're best enjoyed as a creative pursuit rather than a challenge-based game.

I've never really been a musician. When I was in middle school, I took the trumpet. In high school, I took guitar lessons. But I was never dedicated enough to the craft and I dropped both after a couple of years. Making music, even just for fun, was a prospect I left behind a long time ago. So I'm surprised by how inspired I was by Fuser, Harmonix' new musical mash-up making game. While it has a score-based story mode similar to the studio's past games, Fuser actually empowers you to be creative and make music from parts of songs you may already know. The core mechanic, switching tracks in and out to make music, is easy to use and wonderful to play with. The game Harmonix built on top of that core idea, however, doesn't always take advantage of it effectively. As a result, Fuser is better at spurring you to be creative than it is at challenging you. That may sound like a daunting, niche experience, but no game's made it easier to feel good about getting creative.

Fuser rides a vanishing line between music game and music-making toolkit. As a mash-up DJ, you create music by blending (or fusing) parts of songs together to make a new and often dancier version of your own. Each of the 80-plus songs in the base game's library, plus a growing supplemental library of DLC songs, is broken down into four color-coded instrumental tracks, which you can switch in and out on the fly, changing the song as you go. You can play the drums from "Killing in the Name" by Rage Against The Machine, the guitar from "Jolene" by Dolly Parton, the trumpets from "Bring ‘Em Out" by T.I., and the lyrics of Sean Paul's "Temperature," and they'll all cohere into one brand new sample. Your set is an evolving compilation of combinations.

The music you use spans decades and genres far beyond what you might expect from a game about DJing at a music festival. The tracklist spans pop, rock, country, dance, hip-hop, R&B, and Latin/Caribbe music from the 1960s through 2020. As with Rock Band, there's a nostalgia that draws you in, but you quickly cultivate a new and surprisingly deep relationship with specific tracks that you may not have had before. I found myself growing to enjoy songs I knew but didn't really love before, and staying away from some songs I like, but don't fit in with the songs I like using most. Everybody I know Guitar Hero or Rock Band has a song they know and like from playing those games. The same thing happens here.

The basic act of switching music in and out to create your own feels like magic. By default, Fuser automatically changes keys and tempo of the pieces you select, and generally does whatever's necessary to create the most melodic version of the tracks you put together. Using segmented timelines to track beats, the game illustrates the best times to swap in specific song components, so you can maximize the impact of a change (and score more points, depending on the mode). When you're navigating the basic mechanics, swapping samples in and out in time, you can do no wrong. Almost every combination sounds pretty good, even if you randomly pick four different parts of four songs from four different genres. You barely have to lift a finger to make something that feels original and sounds good. And that first time you make something you love? It's like catching lightning in a bottle.

That's only the foundation, though. Once you understand when and how to switch things out, there are tons of other ways to change how your mixes sound. You can modify tracks with sound-altering effects, create custom synths that you use to create bespoke samples, adjust the tempo and key of the mix, and more. The entire story mode, which takes around seven hours to finish, is a giant, gamified tutorial that teaches you how to incorporate all of these tools into your music. And, the more you use the advanced skills, the more your creations become your music, rather than one of the many combinations you chose and the game assembled.

It's a lot. Even with explanations and step-by-step walkthroughs that help you understand how to use them, at some point the systems cross the line from intuitive game mechanics to creative features that you need to understand to use effectively. What begins with swapping different sections of songs in and out rapidly expands into changing keys, manually setting tempos, adding effects that change how tracks sound, and creating your own synth loops. If you've got the bug and you want to use Fuser creatively, you develop enough of a foundation from the campaign to experiment and find out how they incorporate into your personal creative process. Even with a strong understanding of the rules, certain functions, like the drum kit that lets you make your own samples and the effects, require navigating through a menu to access them, which takes time and distracts from the music you're already making. When you just want to play around, which is likely given that this a game and not music-making software, you'll set most of these options aside.

In the story, where you're forced to use all the tools, the pressure can become a bit overwhelming. As an up-and-coming DJ at the Fuser music festival, promoters will instruct you on how to improve your DJ skills. Like Rock Band and Dance Central, dropping tracks at the best possible times and obeying their commands quickly will earn you points toward a starred rank. To achieve a five-star rank, you also need to watch for requests from the crowd, who will ask for specific genres, songs from a specific era, or a specific track. You're constantly moving from changing tracks to adding effects to prepping "risers," which change multiple tracks smoothly. It's an effective teacher, a trial by fire, and you internalize the things you learn on the fly. But the demands of these mechanics create complications that detract from the creative aspects of mixing, which are the most interesting parts of the experience.

The story mode is a preamble, but there's no good place to take advantage of those skills in a directed way. There's a competitive multiplayer "battle" mode, where you must put together the most crowd-pleasing set of tracks based on changing criteria, but like the story mode's final stages, it feels overly busy and detracts from the aspects of Fuser that feel good.

Arguably the best and worst part of Fuser is that it works best when you're left to your own devices. Freestyle mode, where you get to choose all the settings, has no real goal but is the place where you can most freely and frequently enjoy the game's ability to enable your creative mind. If you make something you want to keep, you can record a mix, which Fuser converts into a music video with a bumper at the end that lists all the songs you used. To really enjoy Fuser, creativity has to be its own reward because, other than getting five stars in the story levels, there's no mountain to climb or quantifiable metric to surpass.

To really enjoy Fuser, creativity has to be its own reward.

It is not completely undirected, though. Fuser plants the seeds to fuel a long-term creative community. In its "Social" section, Harmonix plans to host weekly contests, where players make mixes based on a theme--I made one where you could only use songs from the 1990s and 2020--and submit them to the Fuser community. Players can vote for a limited amount of time, and the players who get the most votes--top 50th and 25th percentile, respectively--win new in-game items.

Making mixes and sharing them with the community, either for prizes or just because you want to share, feels like the heart and soul of Fuser. Sharing your mixes and listening to what other players create creates a give and take that makes you want to keep trying new things, making more music of your own. Even after watching just a handful of mixes, it's clear that there's already a lot of really cool stuff out there.

Every aspect of Fuser has a strong emphasis on customization and making the game reflect who you are as a creator. No matter what mode you're in, you always have the ability to change how your character looks, customize the colors and special effects on stage, and compile a "crate" of up to 24 songs, which you use to make mixes. Limiting your song selection is practical--you wouldn't be able to find any one song quickly if you could select from the entire library--but also forces you to think strategically and cultivate a personal style.

At the same time, the emphasis on creation and sharing is problematic for Fuser. The current turmoil in the game streaming community around the use of licensed music has led Harmonix to take certain precautions that undercut Fuser's viability as a creative wellspring. On Xbox, you can only record clips and screenshots of mixes made in the freestyle and social modes. Even then, you can't publish them directly to social networks from the console. You can upload videos to OneDrive or a USB drive and post them yourself from another device, so it isn't impossible--you can also bypass all this security using an external capture device--but it isn't easy to get your mixes out to a wider audience. While these precautions make sense in light of the recent wave of copyright notices sent to streamers, they do kneecap Fuser's capacity to foster a lasting community and be a viable music-making platform.

Despite those limitations, I still think everyone should try Fuser. Even people like me, who have long since given up the prospect of learning an instrument or making music as a creative pursuit, can rekindle a little bit of the creative spark they may have had once upon a time. The core mechanics of switching discs in and out, making new composite songs out of the pieces of others, is both compelling and exciting. Even if you play the campaign and find yourself unmotivated to make songs on your own without the score chase, the simple pleasure of having some songs you like come together into your own song is unique in games, and wholly enchanting. 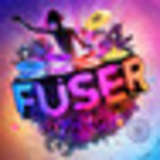 After playing for 15 hours, Mike Epstein has posted exactly one Fuser mix on Twitter and he's surprisingly quite proud of himself. Review code for the game was provided by the publisher. 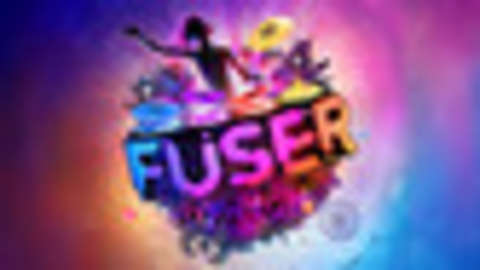