Fur Fighters holds its own with a quirky, refreshing style.

For all intents and purposes, Fur Fighters: Viggo's Revenge is the same game that was released on the Dreamcast last year, save for a few minor upgrades. Those who have already played the original will find only a few minor upgrades here, while new players will be more apt to find fun in the game's single- and multiplayer modes.

On the outside, this game appears to be cute and cuddly, filled with cartoonlike graphics, accentuated by the not-quite-overused-yet cel shading technique that Sega popularized with Jet Grind Radio. In practice, this game is essentially a fairly gory shooter, complete with headshots and flying stuffing in place of blood and guts. The end product is vaguely reminiscent of Comedy Central's infamous South Park--a cartoon with a decidedly adult flair.

The Fur Fighters, as they are called, are an elite force of animal warriors led by the game's main character, Roofus, a rough-and-tumble dog from the streets of Glasgow, Scotland. Also included in the group are Chang the stealthy fox, Juliette the feisty cat, Rico the daydreaming penguin, Bungalow the kangaroo, and finally, Tweek, a baby dragon. As the game's story goes, the Evil General Viggo has escaped from prison and is using the huge power of his corporation to wreak havoc on the Fur Fighters. He has, in fact, kidnapped all of the Fur Fighters' families, and it is up to them alone to rescue the hostages.

In the single-player mode of this game, you play out the game's story through all of the characters. As each has special abilities, you'll need them to track down your missing relatives that have been scattered around. At its core, this game is very similar in feel to just about any other shooter out there, with all of the puzzles, item hunting, and shooting that you have come to expect from PS2 games like Red Faction or TimeSplitters. The multiplayer mode, otherwise known as fluffmatch is a blast to play with up to four players. The multiplayer maps can be a tad too big at times, as this makes finding your opponents a chore, and the frame rate is occasionally troublesome. On the whole, both modes available in this game have enough challenges to keep you playing for hours on end.

As previously stated, this game comes to the PS2 with a handful of upgrades; while nothing earth shattering, they do add quite a bit to the game. Most notably is the addition of cel shading to both the gameworlds and characters. Overall, it adds a distinctive look and feel to the game and adds to the intended cartoon feel. The second major upgrade to this game is the newly added speech for all of the game's characters. Bizarre Creations did a wonderful job of finding voice actors that fit well with the Fur Fighters, and the PS2 version's speech vastly improved over the cutesy gibberish of its Dreamcast cousin. While some games seem to add voice-over as a quick feature that is often laughable at best, Viggo's Revenge does so with style. Finally, the enemy AI has also been revamped to a small extent. This is virtually a moot point, as the enemies in this game are often slow and stupid--almost as if to lower the difficulty for a younger audience that may have little or no experience with this style of game.

In light of games like Crazy Taxi that were born on the Dreamcast and were brought over to the PlayStation 2 with nothing new added, Fur Fighters does an excellent job of taking an above-average game, adding features that enhance the game, and bringing it to a new audience. While games like Red Faction offer a more polished and engaging experience, Fur Fighters holds its own with a quirky, refreshing style. 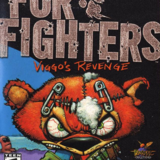 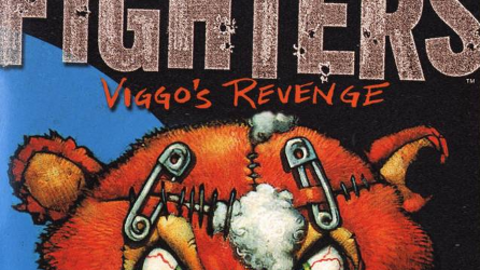 Fur Fighters holds its own with a quirky, refreshing style.