Featuring a superb story that borrows from the cult films Easy Rider and Mad Max, Full Throttle is arguably LucasArts' finest graphic adventure creation. While the graphics are only slightly better than they were in Sam & Max Hit the Road and Day of the Tentacle (the company's latest additions to this category), Full Throttle does feature 3-D rendered objects on its familiar jagged and blocky screens.

The engaging, film-quality script unfolds with the confidence and grace of its square-jawed main character, Ben. All the ingredients of a great story are here: murder, deception, greed, lust, unrequited love, honor, and of course, motorcycles. Surprisingly, despite all these elements, the plot doesn't ever seem forced or melodramatic; it just flows. Even in the face of adversity, Ben's gravel-voiced one-liners supply laugh-out-loud comedy that Schwarzenegger and Van Damme would envy. And while the game easily could have depicted biker gangs as a motley group of violent, remorseless criminals, it presents a clan of honorable loners who talk tough but don't hurt anyone without a really good reason.

Fitting into this tidy world of cause and effect are the game's logical, challenging puzzles. No great leaps in puzzle design were made from LucasArts' earlier adventure products, which usually involved finding and using specific items in the right place at the right time. Still, these puzzles are well-integrated, drawing you into the tale, rather than making you step back from the character and the story.

Although Full Throttle is as close to a perfect graphic adventure game as I've seen, it still has a few flaws. One section, where you drive your hog through a canyon and join an action-packed beat-em-up fest involving other biker gangs, uses a scaled-down version of the Rebel Assault game technology. Even with unlimited tries, an action sequence that requires twitch reflexes and mouse-eye coordination seems out of place in an adventure game that otherwise relies on your wits.

The second flaw, inherited from the company's earlier games, is the hunt-and-click problem. In a number of locations, the secret to discovering a hot-spot on the screen lies in clicking around aimlessly until you discover an unmarked hot-spot. Rather than measuring your deductive reasoning skills, this tactic tests your patience for mashing the mouse button.

Although many gamers have criticized this title as being too short, Full Throttle's amusing story and well-developed characters make this shortcoming easy to overlook. I am eagerly awaiting a sequel. 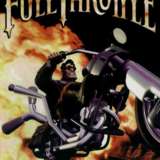 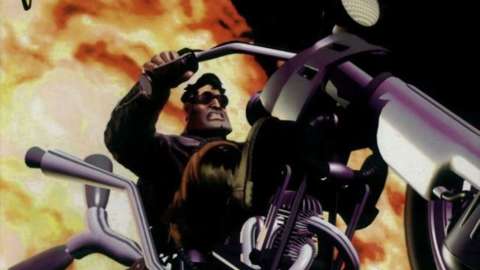