It's difficult to define which exact genre Cellar Door Games' Full Metal Furies belongs to. On a cursory glance, the co-op game appears to be no more than a well-structured brawler, and you'd be forgiven if you completed its 15-hour campaign thinking that's all it is. However, if you dig a little deeper into the optional hidden content, there's another five to seven hours of complex, multi-layered riddles to find. There's a fascinating meta narrative interwoven into Full Metal Furies' puzzles, and journeying to its end makes for a satisfying cooperative experience.

In Full Metal Furies, each player takes control of one of four adventurers. If played solo, the game puts you in control of two and you can switch between them at will. There's Triss, the leader whose penchant for sassily drinking tea often leads to hilarious spit-takes; Meg, the lazy, nearsighted sniper with a poor sense of direction; Erin, the brainy tinkerer who desperately wants to be cool; and Alex, the air-headed soldier who wholeheartedly believes bashing in the skulls of the arrogant men she and her friends run into should be both a first and last resort to solving all their problems.

Collectively known as the Furies, the four girls are on a quest to cross the monster-infested wasteland that humanity once called its home in order to find and destroy god-like entities known as the Titans. The sons and daughters of the mad tyrant Cronus, each of the four Titans desires a better world, and their conflicting ideologies as to how to bring about that dream have led to a war that threatens to destroy all life.

This seemingly straightforward battle between good and evil hides a surprising number of twists and turns. With every step forward, the Furies notice more signs that their efforts might be actually causing more problems than they're solving. But the team keeps pushing onwards, hoping that in the long run, their efforts will have a positive effect on the world. The narrative plays out in a series of sprite-based conversations, both during and in between combat missions. For the most part, these are tongue-in-cheek skits--some even throw in the occasional pun or reference to the fact that this is all a video game--but a few also focus on Triss' growth. Despite putting on airs, she struggles with the responsibilities of leadership and the morality of the Furies' quest. Unfortunately, her teammates don't receive the same treatment, and are fairly two-dimensional throughout the main campaign.

In combat, each of the four ladies handle and attack in their own way. For example, Meg can use a grappling hook to maneuver out of danger and snipe opponents from afar, while Triss can defend her teammates and herself with a near indestructible shield and also clear out enemies by screaming at the top of her lungs. Each of the girls fulfills a unique role seen in many other team-based brawlers--with Triss as the tank, Alex as the fighter, Meg as the archer/sniper, and Erin as the summoner.

Full Metal Furies supports couch co-op and online multiplayer. As of publishing this review, the Switch servers are fairly empty, but we did manage to test online play using two copies of the game and can confirm it works relatively smoothly. There were some brief stutters at the start of a few levels, but none of them negatively impacted gameplay. However, my game did completely crash at one point.

It's unfortunate the servers are so empty as playing with an incomplete team puts you at an immediate disadvantage. So unless you recruit some friends for couch co-op, you're in for a fairly tough time. Even Erin and Meg are crucial, as Triss and Alex rely on their teammates' supportive attacks to give them both time to recharge their special abilities. Button-mashing with the two melee fighters can be an effective strategy early on, but it will only get your team so far. Mid- and late-game enemies and bosses require a certain degree of tactical assessment, and chaining together each character's abilities is the ideal path to success. For example, when confronted with a mob of jumping werewolves that are too quick for the slower fighters, your team might rely on Triss' area-of-effect shout to stun a few, use Alex's dive bomb jump to launch the weakened wolves into the air, and then have Meg shoot their leader out of the sky. All the while, Erin's portable turret and her mid-range pistol can finish off the members of the pack not caught up in the combo.

Combat in Full Metal Furies is constantly evolving, with new enemy types appearing almost every third level. It keeps the game from descending into a grindfest of similar foes, while leaving room for you to experiment with new strategies on enemies you've encountered before. Sections of certain levels can get brutal, resulting in dozens of game over screens. But checkpoints are numerous, cutscenes you've seen are skippable, and it's typically very clear which careless mistake resulted in the failed mission. If anything, the game's combat seems content to really only punish those who play with less than four people, which presents an interesting way of making the game easier or more difficult for yourself at any point in the game. If things are still too hard with a full team of four, or you can't scrounge up a full team but don't want to make the game more difficult, there's an easier Story Mode too.

None of the puzzles or riddles in Full Metal Furies are obvious to find, and the game doesn't teach you how to solve them either. It's completely dependent on the player to be curious enough to wonder if the symbol-covered stones hidden throughout about two dozen of the game's levels are more than meets the eye. Finding the stones themselves is a challenge, and once discovered, each stone's riddle is typically even tricker to figure out.

Eventually, the main campaign reveals that solving these riddles is necessary for gaining access to the game's final area and true ending. The riddles grow more meta as you discover additional stones, some even requiring you to do things outside of the main game, such as watching a YouTube video for a clue or adjusting the game's accessibility settings to perceive colors and sound in a new way. Teaming up with friends to overcome a challenging boss fight is fun, but the most satisfying moments in Full Metal Furies are when you have a eureka moment and are able to figure out the next piece of the overarching mystery. Several of the solutions to certain puzzles and riddles rely on a particular Furies' unique skill as well--some answers even require multiple Furies or the full roster of four--so every player gets to enjoy being a part of the process of figuring something out at some point. Completing this game is very much a team effort, and it successfully makes sure no single player feels left out or useless.

So yes, Full Metal Furies is primarily a brawler, and a good one that promotes teamwork instead of button-mashing. But it's also a very hard puzzle game, one that challenges you to perceive each level, as well as the game's mechanics and characters, in new ways. It's a shame most of the Furies are so two-dimensional throughout the main campaign--especially Meg, who's arguably the most lovable of the bunch--but the story is consistently witty with its humor and an absolute joy to watch unfold. And while coming up with strategies to handle new enemies and piecing together the clues for each puzzle is fairly difficult at times, it's a rewarding and deeply satisfying challenge. 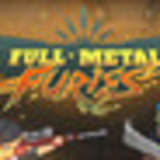 Jordan Ramee played Full Metal Furies for the first time on Xbox One, where he and his friends only managed to figure out the game's hardest riddles after they penciled in pages of notes and discussed possible solutions for hours. For the purposes of this review, he replayed the game on Nintendo Switch using a code provided by Cellar Door Games. 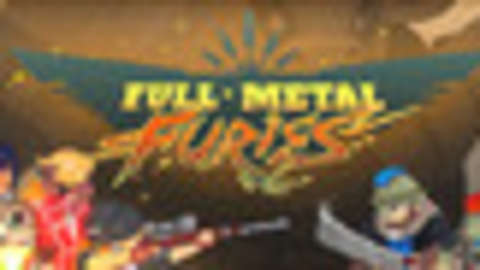