It's not how you stand by your car, it's how you race your car.

Some guy is standing next to my Lexus LFA at the end of my racing triumph. He doesn't seem to be as excited as I am, even though he apparently represents me. He's the generic guy behind the wheel, the catatonic crash-test dummy whose presence at the end of every championship win mystifies me. I call him Gary.

Fortunately, Forza Horizon 2 isn't about Gary. For that matter, it isn't about me, either, but instead about the cars, those marvels of engineering, those occasional works of art. I approach the rarest vehicles in Horizon 2 as I might in real life: with careful reverence, taking caution not to blemish its high-shine finish. It seems a natural reaction to me. I just spent over a million dollars on this Bugatti Veyron Super Sport; a single fingerprint would be a real shame.

Of course, cars like this aren't meant to just be ogled: as beautiful as they might be, both in real life and in the remarkably attractive Forza Horizon 2, they are wild metal beasts, and you are their tamer. Like any game with the Forza name, this one understands that to appreciate the joy of racing, you have to first know the animal, hear it purr, and know what draws its ire. You aren't going to be hugging curves in that Camaro, but you can drift sweetly into them, after all. And once you wrestle this hulking creature of steel and fiberglass into submission, it is yours to command. Victory in Horizon 2 is sweet not because you beat the other racers, but because you and the vehicle overcame your differences.

As in its predecessor, the game's tracks are carved out of an attractive open-world, this one based in the French and Italian countrysides. You're here to participate in the Horizon Festival, a typical driving-game framing device that leads you from one race to the next, and puts you in control of one car class after another. The chatty narrators grow tiresome in their attempts to hype you up, especially considering there's no real reason to do so: Horizon 2's atmosphere bursts with adrenaline and enthusiasm. At festival hubs, laser lights flash across the sky, ferris wheels brighten the horizon, and throngs of celebratory crowds cheer your arrival loudly enough to provide lift to the helium balloons hovering above. "Cars are awesome and you're awesome!" proclaims Forza Horizon 2, with so much earnestness that you can't not believe in its confidence.

The festival's showcase races are even more exultant. You're speeding alongside a hypertrain, or accompanied by roaring fighter jets. You pass one hot air balloon after another while an operatic aria warbles from the soundtrack. This is the life! And what a life it is, to give you access to so many wonderful vehicles. The credits you earn as you race and explore the overworld come in quickly enough to ensure you can usually afford the vehicle you require to compete, and many activities, such as the bucket-list challenges that have you catching air for points or drifting with abandon, temporarily provide you with the car you need, free of charge. Each vehicle feels and looks so right. Even a seemingly unimpressive vehicle like the Subaru WRX STI has its delights; I'm in love with the common but irresistible pops from its exhaust. It's not a difficult vehicle to come to grips with, however--not like the Ariel Atom 500, an extreme track toy whose lightweight slipperiness demands the utmost patience and finesse.

And thus we return to the taming of the beasts. The curvy, multi-terrain tracks require a subtle touch and forward thinking. The easy-ish AI doesn't put much pressure on; no, it's the car/track system that you overcome, not the computer drivers. Horizon 2's liberal rewind system allows you to erase silly mistakes during this process. There are places to enjoy the open road, but in festival races, the fun comes not from the breeze rushing through your hair, but from the tension of a demanding course, and the resulting relief of having effectively manipulated a two-ton machine into winning position.

Races take you off the pavement and into the fields and dirt, where you must learn new ways to control your mount. It's here that Forza Horizon 2 gets in its own way, encouraging you to rush over hills and through meadows towards your destination, only to throw that all-too-common knee-high stone fence in front of you. It happens as you crisscross the open worlds as well; that sudden roadblock can put a real damper on the fun, given how little warning there often is. Luckily, a good road trip can put you back in the right mood. As you rush from one destination to the next, you're accompanied by AI representations of your friends called Drivatars. It's difficult to tell just how well Drivatars mimic the behavior of their real-time counterparts, but given the aggressive approach of a friend's Drivatar--a friend that drives in a similar way in direct races--I'd say that's a good sign.

You may also conduct road trips with friends or strangers. Doing so requires you to endure some loading screens; given the inroads made by games like Need for Speed: Rivals, it's disappointing that the single-player progression and online racing aren't better integrated. But the playful banter of friends, and even the silly behavior of strangers, makes a road trip a gleefully good use of the open world. Heading to your goal, like all of Horizon 2's travel, means watching a continued smattering of rewards appear at the top of the screen. Near misses, trading paint, a little bit of air: the game thinks these mundane events are so cool you deserve a reward! Hurray… you bounced a few times in a row, you crazy kangaroo! But how can I be mad at Horizon 2 for celebrating the tiniest of victories? Mechanically, your reward takes on the form of experience points, but the perks you earn are marginally useful; how much victory can you feel knowing your vote for the next destination location counts you twice rather than once? No, the fun here is in the congratulation itself, not in the reward. "Cars are awesome and you're awesome!"

Online events involve racing with an occasional dash of king of the hill, where drivers earn a royal title by crashing into the current kings, and then try to retain it as long as possible. This is all in the name of chaotic fun, and it's fortunate that Horizon 2's online launch troubles, which made connecting to others and creating clubs of like-minded drivers a crapshoot. As of this writing, however, online races are running smoothly; downloading cosmetic designs created by other players, however, does not always go according to plan. Luckily, I have still downloaded a number of wonderful paint jobs that show off talents that far exceed my own.

Forza Horizon 2 is hardly lacking in stuff to do, though the best events extol the driver/car relationship, either by demanding precise control, or by reminding you, once again, of its virtual mantra: "Cars are awesome and you're awesome!" Forget the forgettable jams emanating from the various rock and electronica radio stations you can tune to; that’s music for Gary, but not for me. No, Horizon 2 is about careening into the sunset while Beethoven symphonies blast from your speakers, as if you might leap off the edge of the Earth and straight into the arms of God.

View Comments (378)
Back To Top
8
Great
About GameSpot Reviews 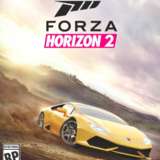 Kevin wishes he reviewed more driving games than he does, and admits to liking the Midwestern setting of the original Horizon a bit more than the pastoral European vistas. He's finished the Horizon Festival finale, but has a lot more to do before he can call himself a Horizon 2 completist. 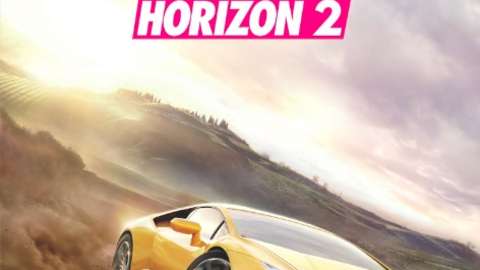 Forza Horizon 2 is an open-world racing game from Playground Games.