Formula 1 sucks you in with mesmerizing graphics, holds your attention for awhile, and then becomes tedious.

When looking at racing games, it's important to distinguish between the two schools of racing fanatics who stand on either side of the track. On one side, there are die-hard racing game fanatics who expect a certain level of realism and interaction to be met in their game, choosing only to play those racing sims that offer access to subtle details such as gear-customization, tire camber, and wind velocity. On the other side, there are gamers who will wave a checkered flag at racing games that eschew realism, in favor of a less complicated, more maneuverable vehicle. Psygnosis' Windows 95, 3-D accelerated release of 1995's Formula 1 appeals to the latter.

This new edition of Formula 1 effectively takes advantage of its hardware compliance. On a Monster 3D card, the tracks scroll by like lightning, and the 3-D car models appear as more realistic than ever. Also added are nuances particular to each of the game's 17 international tracks - such as roadside buildings, choppers, and other constructions.

In addition to this new graphical depth is commentary that follows your every move like, "He's forcing his way through!" or "There was definitely contact between the two cars." The depth of aural and visual realism might lead you to the conclusion that Formula 1 offers you an absorbing ride. And, at first, F1 really does provide a butterfly-stirring race experience. But after a few trials of simply accelerating and braking your way through the track, the game begins to run out of gas.

What this update of Formula 1 lacks is depth. You can flip switches in the options menu - such as tire wear, fuel amount, and foil height - but these don't seem to affect gameplay significantly. When damage is turned on, even the most catastrophic collision yields only a paltry amount of damage to each car. What's more, the "distinct personality" of each competitor's driving just isn't distinctive enough. Winning the game seems to hinge mostly on the brainless acts of slowing down and accelerating in tandem, with no model-tweaking available (except for foil height) to give your car an edge on the competition.

Like Ubi Soft's POD, Formula 1 sucks you in with mesmerizing graphics, holds your attention for a while, and then becomes tedious. It's exciting to have a commentator cheer on as your car daringly passes vehicle after vehicle, but more often than not the computer-driven cars seem to react to your abruptness as if you were an invisible participant. If you want another game that shows off your 3-D card's performance, Formula 1 will certainly do your hardware justice. If you like jump-straight-onto-the-track, visceral arcade action, then Formula 1 will satisfy that interest for a brief period. But if you want a racing game that has the tweakablity and interactivity of IndyCar II, you won't find it here. Psygnosis promises to include both simulation and arcade elements in their upcoming game Formula 1 Championship Edition. Until that game is let out of the garage, you'll have to settle for this graphical revamp. 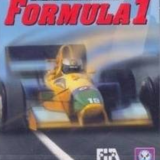 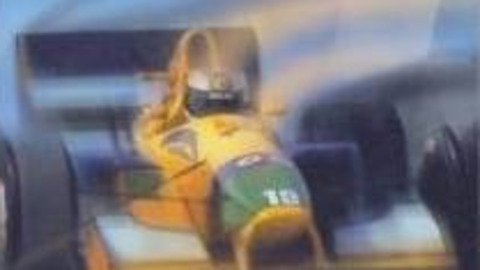 Psygnosis' Formula 1 is a high-octane masterpiece.