Ford Street Racing plays best on the PSP, but it still isn't worth your time or money.

Ford Bold Moves Street Racing for the PlayStation Portable is a handheld version of the underwhelming Xbox/PS2/PC game that features plenty of Ford-brand cars and trucks racing around the highways and byways of Los Angeles. Surprisingly, the game looks and plays best on the PSP; unfortunately, that simply isn't enough to redeem this uninspired, vanilla street-racing game.

Fans of Ford-brand cars and trucks will be right at home with the car lineup in Ford Street Racing, which, as you might imagine, features a trailerload of models from the manufacturer with the blue oval logo. There are classic models such as the '62 Thunderbird and '68 Mustang, modern performance cars such as the 2002 Focus RS and Bronco Concept, and high-performance models like the Shelby GR-1 Concept and 2005 Ford GT. As in the console and PC versions of the game, the car models look good, and like the rest of Ford Street Racing's graphics on the PSP, the sharper resolution of the PSP's screen makes both the cars and the tracks look even better.

You'll take these various Ford models through a number of different game modes, the most important of which is career mode. Here, you choose between solo and team events, and you'll have a garage you can use in between races to repair cars you already own, plus a showroom where you can spend your race winnings on new cars. Career mode comprises two main event types, solo and team races, and as you move through both series, you'll unlock new cars and tracks and win cash along the way. Solo events are simple straight-ahead races--you against the world--while the more interesting team races challenge you to control two cars on the track (by shifting back and forth between them) in an effort to score as many team points as possible.

It's the team racing events that are the best part of Ford Street Racing. Though you can control only two cars--down from three in the console and PC versions of the game--the concept works, even if the mechanics sometimes don't. The constant juggling between cars (you jump between them by pressing up on the directional pad) can make for some excitement, as you're always trying to get the best possible finishing position for both cars or trying to pull your teammate out of trouble when he gets in an accident. Two additional gameplay mechanics add some variety as well; at any time you can tell the teammate you aren't currently controlling to either "block" or "draft" for you by pressing the left or right trigger, respectively. A teammate who blocks will attempt to slow down and impede the progress of any car behind him, giving you time to catch up if you're behind, or to put some distance between you if you're ahead. The draft command will cause your teammate to get in front of you and give you a slipstream boost. Time it right and you can get a dual draft, where you each benefit from a draft boost in quick succession.

While team gameplay is an interesting concept, it doesn't always work in the game, mainly due to some seriously dumb artificial intelligence demonstrated by the drivers in the game. Opponent cars not only have no inkling as to where the other cars are on the road, they probably wouldn't care even if they did. Curiously, the racing model in the PSP version of Street Racing seems to have been tuned a bit, preventing you from opening up the kind of wide-open leads you could get in some events in other versions of the game. A bad side effect of this, however, is that you will often be caught in the middle of a crashing, bashing pack of incredibly aggressive racers, with little if any hope of breaking free. It also doesn't help that your own AI-controlled teammates can't be counted on, as they'll bash into the rear of your car practically every time you call for a draft. Calling for a block can sometimes be useful, especially if you have a good line of sight to your opponent's position, but it really only works when you are side by side with your opponent and can form a double-wide barricade.

With all of the banging and bashing in Ford Street Racing, expect your cars to take some serious damage. Unfortunately, all of the damage seems to be cosmetic; even after subjecting our Shelbys and Mustangs to the severest of race conditions, the cars' performance abilities remained the same, which makes the need for repairing your cars in your garage seem like little more than an artificial excuse to take money away from you. That said, if you don't mind your cars banged up a bit, you certainly don't have to repair them. There's nothing in the way of car upgrades or tuning to worry about, and the only thing you'll have to choose in terms of customization is your team paint scheme before each race event.

While the majority of races in Street Racing are straight-ahead sprints to the finish line, the game has a few other event types as well, including team elimination (where the last two cars in the race are eliminated per lap), overtaking challenges, and time trials, among others--all supported by an arcade physics engine that often doesn't feel realistic, but translates decently to the PSP's analog stick and button combo. Even with the various race types, however, it won't be long before you find yourself going through the motions in the different events--unlike the best arcade racers, there isn't really any overwhelming sense of speed or danger to any of the events here. As a result, expect a rapid onset of boredom before too long. The game's wireless ad hoc multiplayer for up to six players (three in team races) plays well, but the limited race options offer little replay value.

While the car models, tracks, and event types are lifted directly from the console and PC versions of Ford Street Racing, the PSP game has an upgraded menu system that is an improvement over the presentation in the console and PC versions. A basic map shows you the different events available to you in both solo and team modes, and at each event on the map, you can choose from a competition series and two additional challenges. Events are restricted by vehicle class--one race might require two high-performance cars, another will allow only Thunderbird models to compete, and so on.

Thanks to sharper graphics and a better menu system, the presentation in Street Racing is best on the PSP. The sound, on the other hand, is still pretty dull. Car engines showcase some decent variety, but that is in stark contrast to the underwhelming soundtrack and repetitive crash effects. If you're playing this game on a bus or train, don't feel bad if you have to turn down the volume--you really aren't missing that much.

We'll hand it to the folks behind the PSP version of Ford Bold Moves Street Racing: They didn't simply port the console game to Sony's handheld and throw it on store shelves. In fact, we have no qualms in saying that this is the best version of the game you can buy. That said, at $20 more than the console versions, we also have no qualms in saying that, unless you are a diehard Ford fan who simply must have your favorite brand with you everywhere you go, there is no compelling reason to own Street Racing. 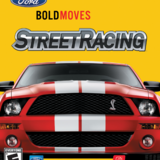 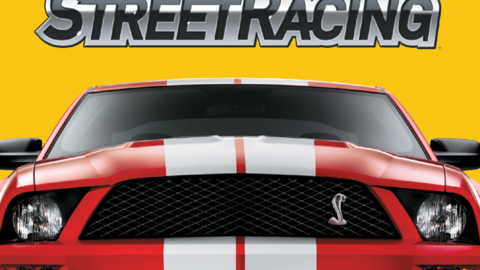 Ford racing fans can take to the streets in this title published by Empire Interactive.