There are a lot of variables that go into having a successful season in Football Manager. You have to contend with the delicate balancing act of keeping your team's morale high, deftly navigating the transfer market to make astute signings, developing players on the training ground, and rotating your squad to micromanage the risk of injuries, among other things. It's a unique challenge geared towards racking up points on the pitch, yet all of these disparate aspects must first be built atop a solid foundation that begins with pieces on a whiteboard. Tactics are the bedrock of any great team, and Football Manager 2019 gives you more control and flexibility over how your team plays than ever before.

While not a complete overhaul, the granular redesign of the tactics interface opens up your strategic options and tactical pliability. The composition of each team's playstyle is now broken up into three distinct phases: in possession, in transition, and out of possession. Your options in possession will be familiar to anyone who's ever played Football Manager in the last few years, dealing with facets of your team's approach play and plan of attack once you enter the final third. The transitional phase is perhaps the most exciting for the budding Pep Guardiolas and Maurizio Sarris of the virtual dugout, allowing you to decide how your team reacts when both losing the ball and winning it back; while your options out of possession let you set where on the pitch you want your team to engage the opposition and how high or low you want your defensive line to be stationed. All of these additional choices feed into a transparent approach to the tactics module that removes a lot of the previous guesswork that went into creating your team's identity. If you want your team to press high up the pitch and counter once you've won possession, that option is now just a couple of mouse clicks away.

To give you a better feel for how potential tactics are constructed, there are now a number of preset tactics too. These ostensibly recreate generic real-life strategies like possession control and parking the bus, while also featuring distinct philosophies such as Liverpool manager Jurgen Klopp's Gegenpressing, Tiki-taka, and the Italian Catenaccio. Choosing a preset isn't a simple plug-and-play solution, however, since you still need to consider your squad's strengths, weaknesses, and composition of player roles for any of these tactics to be successful. It's no use asking a team with a low collective work rate to press for 90 minutes unless you want them dead on their feet, just like asking a non-league side to play expansive passing football isn't going to result in a beautiful Barcelona-esque style. Instead, these presets provide a practical baseline to teach you how forging tactics in Football Manager 2019 works, allowing you to borrow, learn from, and expand upon these ideas yourself.

This is beneficial for both veterans and newcomers alike because it provides a clearer understanding of how each instruction can affect your team's makeup, as well as being a necessary complement to Football Manager 2019's tactical redesign. It's not a perfect renovation--implementing something as simple as a midfield pivot, for instance, still isn't an option--but it ditches a lot of the restrictive elements of past games, and impacts the game in a positive way that also lays down building blocks for further improvements in the future.

Elsewhere, your work between the orange cones at the training ground has been completely overhauled. Training sessions were previously presented in fairly broad strokes, compartmentalizing each area into straightforward groups of attacking, defending, fitness, tactical, team cohesion, and ball control. Football Manager 2019 expands upon training in a way that's initially overwhelming, introducing you to a customizable plan of up to three sessions per day that allow you to select from an exhaustive list of training drills and exercises. You can opt to work on areas such as your team's defensive shape, numerous types of set pieces, chance creation, chance conversion, ball retention, endurance, and even extra-curricular activities such as community outreach and team bonding, which both improve your squad's teamwork.

It all seems a bit too much at first, but the comprehensive--albeit wordy--tutorial does a decent job of explaining how everything works, and after a few games training is likely to become an integral part of your pre-match preparation when it was previously viewed as an afterthought. Have a big game coming up against a free-scoring team? Spend the week working on various defensive drills that can potentially counteract their attacking style. Playing some minnows in the cup? Dedicate your training to chance creation and finishing to keep your offensive players sharp. Or you can always have your backroom staff handle all of this themselves. You can engage with as much or as little of Football Manager 2019 as you please.

Of course, all of this groundwork eventually culminates in front of a packed stadium on a Saturday afternoon, and the 3D match engine has undergone some tangible improvements as well. The most noticeable of these is the way the ball now dips and curls through the air in a much more authentic manner. You'll see diminutive playmakers lift the ball over a high defensive line with some cute backspin, and free kicks that bend and nestle in the top corner of the net as though they were off the foot of David Beckham in his prime. It makes for more dynamic passing moves and generally improves the flow of play.

Mistakes, on the other hand, have always been part and parcel of Football Manager's DNA--whether it's a centreback misjudging the flight of the ball, a goalkeeper dropping a cross, or a striker blazing a shot over from six yards out--and now referees are fallible, too. VAR and goal-line technology have been included for league and cup competitions that utilize them (such as Serie A and the newly licenced Bundesliga), and they add an extra layer atop each high-intensity match. There's a specific heart-dropping moment that occurs when you're celebrating a goal only to see the referee on his way over to the video assistant to make sure there wasn't a missed foul or offside call in the buildup. It's another feature that maintains Football Manager's attention to detail.

Touchline shouts, however, are still needlessly vague, but the immediate feedback you receive after issuing one makes them a viable tactical option. Players are generally more intelligent as well, holding their runs when they know they're offside, and picking out the right pass when inside the opposition's penalty area. There are still some legacy issues that persist, such as the high percentage of goals that are scored from crosses, which usually stems from fullbacks not being particularly adept at stopping opposing wingers. You'll also see players dribble into advantageous positions only to stop dead in their tracks to give a defender time to recover, and defensive mistakes are sometimes a little too frequent. These can be frustrating, but they don't dominate the match day experience like they often have in the past.

All of this contributes to Football Manager hitting its prime, like a 28-year old striker. The tactical redesign--while not as thorough as some may have wanted--improves clarity and gives you more control over how you want your team to play, while the match engine and newfound emphasis on training enhance your work in the tactics room by bringing all of your ideas to fruition. These are meaningful changes that push the simulation further, making it feel like you can really impose your footballing philosophies on a team. Watching your players score a goal by completing a sweeping move in the exact way you envisioned is an absolute joy that no other sports game can match, and it's a more viable feat now because of these additions.

It's still not the most welcoming game for newcomers, stacking systems upon systems upon systems, but for veterans and those willing to put in the effort to learn, there's never been a better time to hop in and entrench yourself in the virtual dugout. Football Manager 2019's tweaks will have you happily settling in for another mammoth play session of juggling egos, pipping your rivals to the signing of a wonderkid, and smashing in a 90th-minute winner to capture a league title in triumphant fashion. 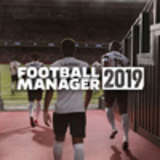 Richard has been a wannabe football manager for over 10 years now and spent around 50 hours tinkering with every aspect of his team in Football Manager 2019. A PC copy of the game was provided by the publisher for review.