Over the years I’ve played a dozen iterations of Football Manager and its predecessor, Championship Manager. I’ve taken twenty odd teams from rags to riches. I’ve won the World Cup, the Champions League, the Premiership, the Championship, League One, Serie A, La Liga, the Bundesliga, and most importantly, the Romanian Second Division. By this time last year I thought I was done. An assortment of minor annoyances and disappointments with Football Manager 2015 left me too frustrated to continue.

It didn’t last. This year's edition, while flawed, has fixed just enough of my quibbles to draw me back in. And as ever, Football Manager remains a fairytale generator. It’s perfectly possible to arrive at a struggling club with a grand history, implement innovative new tactics, and take them back to the top. It's just easy enough that you can do it, but just hard enough that you’re never quite certain you can. It’s balanced on a beautiful knife edge, and its greatest achievement is selling you the fantasy of sitting in the manager's chair.

The football on display this year is distinctly modern too, with a degree of fluidity and position swapping that feels authentic to today’s football world. The fact that striker-less tactics (something real world coaches have been dabbling with for years) have now finally found their way into the game’s preset formations shows a willingness to keep up with the times. If last year’s Football Manager felt oddly retro, this year's is cutting-edge.

That’s not to say that all my problems with Football Manager have gone away. I still think the game has a serious problem with bloat. People play Football Manager for a lot of reasons, and I’ve been aggressively reminded in the past that those who desire a "realistic" simulation actively enjoy the incredibly slow scouting and endless questions from the media. It’s not a position I can agree with, though. I find these time-sinks an irritating barrier to playing the matches, and as a result, Football Manager and I have been drifting apart for a while.

Thankfully, three years ago its creators at Sports Interactive acknowledged this split in the fanbase by introducing Classic Mode, which has now been confusingly rebranded to Football Manager Touch even though it plays just fine with a mouse and keyboard. It offers a stripped-down, fluid approach to play. It was a godsend, offering a version of the game that focused on what I felt was important.

Football Manager typically comes with an army of borderline-inconsequential tweaks that together deliver a noticeable difference overall but individually are difficult to rave about. There are, however, several new features here that had a meaningful impact. Let's start with the new set-piece creator, which is a perfect example of the series’ penchant for incremental improvement working well. For years now I’ve been mildly irritated by the fact that I can only have one set of corner instructions, regardless of whether the person taking the kick is right or left footed. Now at a stroke this problem is solved, and I can have my team rotate through different set pieces to boot.

Then there’s Create a Club mode. As far back as I can remember, Football Manager fans have used game editors to add their friends to the game in the form of a new club. There’s a whole culture of forums full of games like these. Now Sports Interactive has acknowledged this strange social aspect of the game, and offers players the chance to create a club in a far more accessible way.

Multiplayer games, meanwhile, can now start with a US style draft, letting player-controlled superteams duke it out with the greatest players in the world. It’s moments like these that reassure me Football Manager's developers understand why I, and others like me, love the series. It’s all about living in a unique fantasy world of football--preferably one in which Aston Villa win a lot.

I’m also strangely entranced by the option to create an on pitch avatar for your manager, letting him yell and scream at his players from the touchline. They all look absolutely terrible, but there’s something strangely endearing about them too. For the record, yes, you can select either male or female managers.

Yet at the same time, I have to acknowledge that the "full" mode of Football Manager is still very much not for me. Many of this year’s new features involve expanded media interactions, a part of the game that hasn’t worked well for a long time. I still get players interrupting me to voice their concerns that we don’t have enough wingers, despite the fact that I’m not planning on playing any. I’m told I can dismiss their concerns assertively, cautiously, calmly, or passionately; unfortunately, I’m not really sure what the difference is.

Interestingly, Sports Interactive has said it plans to sell a standalone version of Football Manager Touch, with a release date of "sometime before Christmas." If you’re the same kind of Football Manager player as me, you may be better off waiting for that. For now, you can find Football Manager Touch here in Football Manager 16. Many of the new features--the Set Piece Creator, Create a Club and a lightly tweaked tactics UI--are available in Touch while almost everything I dislike has been cut. This, coupled with the fact that the match engine feels just a little bit more Joachim Löw than Tony Pulis this year, was enough to draw me back in. 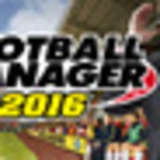 Tom has spent thousands of hours playing a dozen different iterations of Football Manager over the course of fifteen years, including the ones where matches were just text.