Trying to be too clever too early will cost you your job, and that's something you'd do well to understand before starting your managerial career in Football Manager 2015.

It started a month ago, myself and others suffering London's public transport for nearly two hours to visit Victoria Road, the home ground of English Football League 2 strugglers Dagenham and Redbridge. The match was against York City, an equally incapable outfit favouring physicality over finesse. Standing in the terrace, flanked by the supporters group's inexhaustible drummer, we witnessed the 'Daggers' beat York 2-0 in a game characterised by long punts forward and blue language from the dugout.

Somehow inspired by this, I decided to kick off my Football Manager 2015 career as the boss of Dagenham, with grand ambitions to one day get them to the Santiago Bernabeu to take on Real Madrid in a Champions League clash. It didn't quite happen. 17 games, 11 defeats and fewer goals later, I was sacked. I should have done what I usually do: take a job at an elite club with a view to learning the year's new quirks before getting smart and overseeing a minnow.

The major problems at Dagenham revolved around scouting and coaching, two key pillars of any club not lucky enough to be backed by a member of the Middle East's ruling elite. Unlike in past editions of Sports Interactive's data-heavy management sim, player recruitment is more tightly aligned with the accumulated knowledge of your scouts, making their expertise more crucial than ever before. Putting together a dream team of 12 or more experienced scouts is easy for the big clubs, but the tighter purse-strings of smaller outfits makes such an act less simple.

Such recruitment constraints limit the number of players known to you and your club. Yes, you can still search for any specific player within the game's vast database--whether your scouts know of their existence or not--but this requires substantial prior knowledge on your part and removes the joy that comes from uncovering new talent.

To further complicate things, scouting a player no longer guarantees full knowledge of his strengths and weaknesses. Sending a scout to go check out a potential transfer target results in a range of numbers (from 1 to 20) being applied to individual attributes, with their true ability found somewhere amongst the ambiguity. Sending your scouts to watch him again narrows the range and gives you a better idea of their true ability, but by that time the transfer window might have shut or another team may have poached him away.

When recruiting scouts, then, it's now essential that you look at their existing knowledge, rather than only their future potential in finding players. The more players you already know about, the more chance you have of instantly filling holes in your squad without taking financial risks on unknown individuals.

If that all sounds rather complicated, that's because it is. However, as series aficionados know, it's this very complexity that results in the complete engagement and frequent obsession with the franchise. FIFA and PES is like watching football; Football Manager is like living it.

This year, you've got more options as to how you want to engage in that realism by defining what kind of manager you want to be. Before you begin you're asked to choose between being a tracksuit or tactical manager; the former excels in coaching, while the latter has skills in mental and tactical areas. It's possible to be a mixture of both, but this puts you into that awful position of being a jack of all trades and a master of none.

As someone that watches Dagenham at weekends, I smugly lay my roots firmly on the tactical side of the coin--more of a Jose Mourinho character than a Sean Dyche. With your man management, adaptability, and motivational stats at the higher end of the scale, your players are better placed to employ the tactical information you feed them, and react better to learning multiple systems and styles of play.

What this approach lacks, however, is much expertise when it comes to leading training sessions and passing on the core foundation that every good player must have to succeed. Therefore, you have to make up for your deficiencies by hiring coaches that are capable of doing what you can't, delegating to them when necessary, and working in unison with their skill set rather than trying to do everything yourself.

As with scouting, it's important to take great care in selecting which coaches to hire and how closely you work with them. The degree to which this affects your career as a manager, especially after a season or two of building relationships with staff and understanding their abilities, is surprisingly high.

Predictably, tweaks, and changes have been made to the layout of the game's multitude of menus in a bid to further improve functionality and streamline the interface. Your most important links are now hosted in a vertical bar on the left side of the screen, displaced from its long-term home along the top. This change is awkward at first, but it ultimately proves useful, reducing the number of sub-screens you have to navigate in order to get to commonly used areas of the managerial desk.

Technical upgrades have been applied to the 3D match engine, with players looking smoother and having a greater range of animations to work with. It's a nice addition, but many players will continue to simply let their matches play out exclusively in text form, reducing the amount of time it takes to get through games.

Other than these changes, Football Manager 2015 is more evolutionary than revolutionary. New player movement systems and roles are included for you to come up with more elaborate match day strategies, and media interaction has been updated to include interviews before and after matches.

Sometimes things feel too familiar, though. The Challenges game mode, which tests your skills across a number of crushingly difficult scenarios, features the same objectives as previous games. There are also still too few options for customizing the core colour scheme of the game, which is disappointing given the hundreds of hours that people spend sat in front of it.

However, Football Manager is about progress, not revolution, which is arguably what its audience wants, and exactly what this year's game provides. Sports Interactive has crafted a game as predictably exhaustive as Andre Villas-Boas's gameplan, but as brutally effective as one masterminded by Mourinho. Football Manager has long since attained cult status and this release serves only to further stimulate that dedicated subculture.

View Comments (17)
Back To Top
8
Great
About GameSpot Reviews 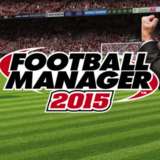 John Robertson has 18 years experience playing Football Manager, stretching back to when it was known as Championship Manager and Eric Cantona was considered a star signing. After failing with Dagenham and Redbridge, he started a new game and won the triple with Real Madrid. Glory hunter.