Football Manager 2013 represented somewhat of an overhaul in focus for the long-running series. With the addition of Classic mode, developer Sports Interactive committed itself to providing a streamlined version of the game in the hope of attracting players not exclusively consisting of sport nerds and statisticians. While a number of worthwhile improvements were made to last year's more exhaustive traditional game, it was clear that Classic mode was the priority.

This season, however, things are different. Classic mode has seen a variety of upgrades, but the fully featured side of the game is where the real changes have taken place. Not only do many of the new additions and alterations make for the most absorbing (and time-consuming) entry in the franchise's history, but they also make it the most challenging.

In previous years it was possible (with the best teams, at least) to make a few signings, define your tactics, and fly through a season at a rate of eight to 10 games per hour. With minor interaction along the way, you could finish a season top of the league playing in this way. FM14 makes that kind of passive play impossible by forcing you to constantly adapt and stay attuned to the actions of the opposition.

That need to focus more closely than ever on the actions of your rival managers is most obviously felt on match day. Your opposite number is now much more likely to make tactical changes (both subtle and major) as the game plays out, meaning the intricate 3-5-2 formation that worked so brilliantly in the first half could suddenly find itself ineffective.

Handling players in the wrong way can have an enormous effect on their morale.

This has a dramatic effect on gameplay. Not only do you need to be ready to adapt over the course of 90 minutes, but you need to understand the abilities of your players in more detail than ever in order to make those adaptations in a way they can execute and understand. In short: if you don't know how to make the best use of the talent at your disposal, you can bet the opposition will know best how to exploit them.

When faced with an evenly matched opponent, the difference between winning and losing can come down to the individual instructions you've given a single player. Giving the right instructions involves not only knowing your own player, but knowing the opposing players he is likely to encounter most frequently on the pitch. Keeping track of this for a squad of 25 or more prima donnas is no easy task, and the manager who spends the most time getting to know his players and figuring out how they can work together will see the greatest success. To do this most effectively, you need to spend more time seeing your team play. It's no wonder, then, that Sports Interactive has spent time putting together a much-improved 3D match engine that actually makes viewing games enjoyable.

The added emphasis on team cohesion means new signings are frequently more difficult than ever before to assimilate into your starting lineup. While swapping out Demba Ba for Robert Lewandowski may seem obvious on paper, it can be more difficult than expected to change the way the rest of the team plays in order to make Lewandowski effective. The advice is to think twice before deciding to rebuild your team in the transfer window.

However, the added tactical depth means that winning trophies is more satisfying than it has ever been. It's certainly still possible to brush aside weaker teams without delving too much into the nitty-gritty of tactics and individual player instructions, but to win silverware, you eventually have to beat top-quality teams, and that requires a lot of effort on your part. In symmetry with the added depth of elements that impact player performance, backroom interactions are also more wide reaching and diverse. Personalities are much more distinguishable, requiring you to frequently take very different approaches to similar scenarios. The likes of Mario Balotelli and Zlatan Ibrahimovic require a very gentle and ego-massaging approach, while more stable pros such as Steven Gerrard or Vincent Kompany can be relied upon to not get too flustered no matter how dire things may seem.

Handling players in the wrong way can have an enormous effect on their morale, which, in turn, can hamper their playing performance and/or disrupt the dressing room. As a last resort, influential members of the squad can even be asked to try to calm down unstable teammates--although it's debatable whether it's worth the risk of looking like you're delegating a problem that you should be taking ownership of. If it comes to the point where a player does need to be sold and a replacement found, you'll be glad to hear that transfer negotiations are significantly improved and feel more realistic. In a similar manner to contract negotiations, transfer deals can be worked out in real time--you propose a fee to a club, and said club immediately replies positively, negatively, or with a figure that it thinks is more realistic.

Like the beautiful game itself, and to use a well-worn cliche, FM14 is a game of two halves.

During transfer windows, this can save an incredible amount of in-game time since you no longer have to wait days or weeks for a club to respond to your interest. As you can imagine, this is particularly helpful when the transfer window is nearing its end and you're still looking to fill a key position. If a team appears unwilling to part with a specific player, a slew of new clauses and extracurricular incentives can be proposed to convince them to alter their stance.

One of the most beneficial features for both parties is the option to immediately loan a player back to the selling club. This works particularly well when signing young players. English midfielder Ross Barkley and Brazilian ace Doria are great young players, but if you're managing Barcelona, it's unlikely they'll get enough game time to enable them to reach their potential. Loaning them back to their previous club as part of the transfer deal allows you to get them onto your books and gets them first-team playing time. It's a win-win.

Transfer interactions, along with most other matters of running the club, can now be performed from within your inbox--reducing the number of screens you need to scroll through (and memorise) to perform basic tasks. For purists, the option to open each specific item in its own screen does still exist. Without a doubt, the full Football Manager experience offered this year is the most exhaustive and most difficult to date.

If you're not the most dedicated Football Manager player, don't worry, you haven't been left out. Classic mode has been improved in a number of key ways that expand on and improve the experience without making it more complex. Last year, Classic mode limited you to three countries per saved game, whereas this time around you can load in as many leagues as you like--the benefit being that with more tournaments to win, it's easier to seek out new challenges as your career progresses. A Match Plan menu has also been added, allowing you to give your team a set of basic instructions prior to kickoff and then simply click an instant resolve to get a result. It works a treat if you're in a hurry but want (read: need) to squeeze in a couple more fixtures before shutting the game down.

Like the beautiful game itself, and to use a well-worn cliche, FM14 is a game of two halves. The full game is for those with actual dreams (faded or otherwise) of being a football manager, while Classic mode is aimed at those with a more active social life and a desire for instant gratification. Whereas last year's game was the beginning of this dual-focus outlook, this season it feels fully realised thanks to the further depth and complexity added to the core experience. Not so long ago, Football Manager represented an impenetrable proposition to anyone who didn't know the difference between a False 9 and an Engache. That time is a thing of the past. Kudos to Sports Interactive for delivering a much more inclusive game, but without so much as hinting at compromising the experience for veterans.

View Comments (82)
Back To Top
9
Superb
About GameSpot Reviews 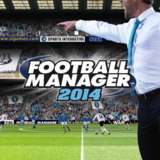 John Robertson has lost far too many hours, over far too many years, playing Football Manager. With 50 hours of playing clocked up for this review, he has still failed to return Portsmouth to the Premier League. 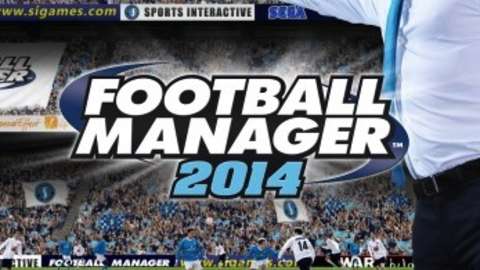 Football Manager 2014 is a football management game that features a revamped transfer module where opposing clubs and managers adopt a more realistic approach when making or responding to transfer offers.