The widow maker that is Football Manager is back and with 800 new features, there are improvements across the board.

UK REVIEW--Football Manager veterans know that the series is all about evolution, not revolution. It has been evolving steadily for almost two decades now to become so vast and complex that it's not really an entry-level game anymore. Even experienced players who have missed a few iterations are likely to find the sheer depth and number of options daunting. Everything is in here--from dealing with agents and mollycoddling egotistical star players to fending off scoop-hunting journalists--as you try to mold your team of virtual hit-and-hopers into a trophy-harvesting machine. This year’s introduction of a much-needed tutorial mode helps to steer newcomers through the labyrinthine options and is a great addition.

One area of improvement has to do with the transfer market, with the contract system being tweaked to streamline the process. There are so many elements to consider--duration of contract, win bonuses, appearance bonuses, goal bonuses, promotion bonuses, agent's fees, relegation release clauses, non-promotion release clauses, minimum fee release clauses, promotion bonuses, loyalty bonuses, sell-on fees, and a whole metric boatload of other stuff--any or all of which might be demanded by the player. When contracts are offered, players make various counterdemands, and with so many variables, negotiations can get rather convoluted. This year, a padlock symbol appears next to each clause for the first time. Clicking it sets that element as nonnegotiable, saving time and making it easier to keep a cap on your spending.

Team talks include a new level of depth, thanks to the addition of different tones of voice. When you address the lads before matches, at half-time, and after the final whistle, you can be aggressive, passionate, calm, cautious, or reluctant in your manner, and each tone has its own associated set of comments. If you choose wisely, players will respond positively. If you choose poorly, they might lose motivation or maybe even go into a strop. The more you learn about your team, the more you come to understand how to coax a positive response from individual players. If that's too long winded for you, you can always let your assistant manager take the team talk, which gets you into the match far quicker.

This ability to delegate responsibility has become more and more important as the Football Manager series has evolved in its complexity. Almost every element can be left up to your backroom staff members to deal with, and they call regular meetings to keep you in the loop. What's more, they also make suggestions that you can quickly take action on with the click of a button. Of course, you can also micromanage every facet of the game to your heart's content if you want. You can interact with players, set training schedules, talk to the media, badger the board for extra funds, wheel and deal in the transfer market, hire and fire backroom staff, and issue individual instructions to each player on game day.

One of the cumulative problems with layering on new features year after year is that squeezing more and more functionality into a creaking interface without having it break isn't easy. Football Manager's presentation underwent a major overhaul a couple of years back, but the problem of presenting so much information clearly without the need for dozens of screens remains. The Overview screen addressed this, and this year it’s been made more powerful for players running the game at higher screen resolutions. The higher the resolution, the more info boxes you can fit on the screen. As before, you can choose which boxes you want displayed, allowing the main screens to be customized with the information you want to see at a glance.

An interesting addition to the formula is the ability to turn leagues on and off at any time during the game, which is something that's been missing for years. Previously, you were stuck with the leagues you chose to activate when you started a new game. Now, if you fancy a season in Portugal, you can activate the Portuguese league as playable and look for a job there. Likewise, you can shut down any playable leagues you have sucking up processor power at any time. The more leagues you have running, the slower the game will run.

The 3D match engine has been improved with a couple of new views, more animations and more featured stadiums. It's still not great, though. Given the current benchmark of 3D football games, there's simply no place for such rudimentary and inexplicably processor-hungry graphics. The classic 2D match display is still preferable for aesthetics and functionality, allowing you to cheer for those small, colored circles one moment and curse them as fatherless heathens the next; punch the air when they score and slump--head in hands--when those awful words "But it won't count" appear in the commentary bar. Raw emotion though is what football is all about, and Football Manager delivers it in spades.

It can be frustrating when things start to go wrong; you'll be tearing your hair out trying to understand how your side managed six wins in a row, yet all of a sudden, it can't find the net with the exact same tactics and starting lineup. There’s an occasional sensation that the game is playing you, that if you start doing too well the wheels will inevitably come off. Then, just as you’re on the brink of hitting reset it throws you a bone. To misquote the immortal words of Michael Corleone, "Just when you thought you were out, it pulls you back in."

There's a little bit more of just about every element compared to the 2011 version. There is better scouting and more interaction, as well as lots of tweaks and streamlines, but there's nothing monumental. It really depends on how important it is to you to start off the game with all of this year's transfers in place, bearing in mind that a season into the game, everything will change anyway. Football Manager remains the only football management sim you need; just don't expect an easy ride, especially if this is your first dalliance. If you stick with it, though, it could change your life. 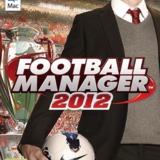