A revised training system and new features such as the set-piece creation suite make this the most well-rounded and complete version of Football Manager to date.

UK REVIEW--On paper, it might not look like a whole lot has changed in this year's Football Manager. However, the series has never been about grandiose, sweeping changes--and this year's tweaks, such as the improved training system, the redone contract negotiations, and the all-new set-piece creation suite, make this year's game an absolute must-play. Even those seasoned and battle-scarred from each preceding yearly iteration will find enough in Football Manager 2011 to reward the upgrade, and it's also the most accessible version of the game yet for newcomers.

This year's iteration features across-the-board improvements of what has gone before, with tweaks, changes, and minor additions being the order of the day. Issues from the previous game have been addressed, so the match engine is better than ever, your interaction with players and the media is more extensive, and training has been revamped yet again. Perhaps the most obvious and significant new addition is the set-piece creator, which addresses a key aspect of football management not seen in the series to date. Previously, you could set individual players to go forward, mark at the near post, go for flick-ons, and such, but it was all quite crude and left to the imagination. Now, you can see a pictorial representation of where your players are meant to be during certain situations, so it's much easier to make the most of your set pieces.

This ties in with an improvement in the training module, which is now also focused on the blend of your team rather than just improving raw stats. Players gradually become more comfortable with certain tactics the more you use them in matches and work on them in training, and they become more used to certain set-piece routines the more you focus on them. In previous FM games, this was all handled behind the scenes, so this newfound transparency is a godsend for those struggling to understand why their team is playing badly. With a quick glance at the match preparation screen, you can see that it's perhaps because the players aren't comfortable playing the straight 4-4-2 you just switched to. General training has also been improved, and individual coaches now tell you, on occasion, whether or not they specialise in anything. For example, goalkeeper coaching now has two elements to it--shot stopping and handling--and employing both is crucial to getting the most out of your keepers. If your board lets you, of course.

Interacting with the moneymen used to be a relatively thankless task, but in Football Manager 2011 you get a bit more feedback on how they might react. For a start, you can see how many coaches and scouts you're allowed within the wage budget. Plus, there's more feedback about what requests you've made and how the board is dealing with them. Talking to the suits is done in a conversational style, which is a new method of simulating your interaction with other people throughout the season. Each conversation presents you with individual questions or statements you can make, and the characters you're talking to respond accordingly. For example, you might approach the board and ask whether they'd consider making your bargain-basement League 2 side a feeder club to a Premiership behemoth, just like you could before. Except this time you can choose your reasoning, which the board either agrees or disagrees with. The conversation system also works with players, staff, and the media. You can ask to have a private chat with one of your players for any number of reasons; talking to him about preferred signings, warning him he might get transfer listed if he doesn't buck up his ideas, or getting into a big argument because you asked him to make more forward runs and he threw his toys out of the pram.

Dealing with players doesn't involve just chatting to them about their match performances; it's also about how ridiculously overpaid they are. Contract negotiations are a staple of any football management game, but in FM 2011 they involve some actual negotiating, rather than just getting an offer and being rigidly stuck to it, no matter what the AI wants to do. A new feature of this year's game is that the majority of players now have their own agent to handle negotiations. These individuals often demand a fee for their services, sometimes scuppering a deal because their own agenda conflicts with the player's. You also often see news items covering players who have fired their agents. When offering an existing player a new deal, agents might even hold back the player's demands in order to see just where you're willing to go. It's an excellent new system that adds a lot to the previous one, which was tedious and always consisted of the player refusing to accept anything other than the initial demand.

Once you've gotten to know your players, given them their tactical instructions, and prayed to whatever deity you favour, you send them out to play their first friendly match. There's very little that has changed at first glance with the match engine, but things are better graphically, with more realistic crowds and pitch textures. Smaller stadia have backdrops like terraced housing or a river, while a large Premiership stadium like Anfield can fill the screen. During some matches a light snow falls, which sounds like a nice visual feature but ends up obscuring the play and making things difficult to focus on. It rarely happens, though, so it's nothing to be too concerned about unless you're playing in Russia or Norway. One of the more noticeable improvements is the way your players move around during play, now performing more realistically than in previous iterations. Their movements are now less stilted, though there are still some kinks. There's also a greater range of animations, such as overhead kicks and more diving lunges to balls in the six-yard box, which helps create a more fluid feel to any given match day.

Football Manager 2011 is slicker than ever, but that doesn't mean it's perfect. The way news items are presented in the modern skins can be confusing and overwhelming, while on occasion it can still be frustrating to dig deep into the interface to find the option you want. Thankfully, there's a retro skin that is, in some ways, clearer. Niggles like these don't come close to being game-breaking. The attraction of the multiplayer is limited, though--it's a chore due to the long periods of time required, but there are also some frustrating interface latency issues for anyone connecting to the host machine.

Football Manager 2011 is a great game that has something for fans both old and new. If you've been skipping iterations because of fatigue, this one is a good place to start afresh. Having the team blend and match preparation elements at the fore makes FM 2011 more accessible, and players of all abilities benefit immensely from the increased transparency. New contract negotiations make the act of signing a player more interesting, and money-grabbing agents disgust you as much in-game as they do in real life. This season, the Football Manager experience is more compelling than ever. 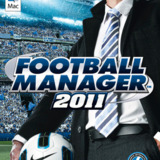