Football Manager 2007 is Sports Interactive's third game since leaving the Championship Manager name behind, and while it's a case of evolution rather than revolution, it turns screens of statistics into something so absorbing that it is possible to lose entire hours, days, and weeks of your life.

The game, like most of its genre, thrusts you into the front line of football management at a club of your choosing. Where that may be is entirely up to you, and FM 2007 provides an almost endless list to choose from. You can choose from the glamour of Barcelona or AC Milan, head to smaller clubs such as Accrington Stanley or Woksop, or take a punt with clubs from leagues you've almost certainly not heard of, such as the Hong Kong First Division. You can manage any of these clubs--and even international teams, should you so desire.

After you're installed in your new job, you'll need to inspect your squad to work out where your team's strengths and weaknesses lie. That's something that may be much easier to do with big clubs, especially those with players you're familiar with, than it would be in lower league teams, so if you're a beginner you might find it easier to start off with either a top team or one you know well.

You'll also start your management job with some idea of what the board and fans of your chosen club are hoping you'll achieve over the course of the season. Managers of football clubs live and die by results, so if the board is expecting promotion and you're delivering too many losses, you may find that your first contract ends prematurely. However, if that does happen, it's not the end of the game; you can apply for jobs with other clubs that have vacancies at any time, and you can even throw your hat into the ring anywhere if an incumbent manager's position is looking shaky.

Once you have a feel for your players, either through real-life knowledge or some careful inspection of the players' relative statistics, you can begin to construct your title-winning team, choosing a formation and tactics that best fit the level at which you're playing. This can change from division to division, but while world-class players might prefer slick, fast, passing manoeuvres and elegant counterattack play, you'll probably be happy for your inexperienced, unfit, part-time lower league players to just lump the ball unceremoniously up the field at any opportunity--hit and hope.

As well as deciding whether to play 4-4-2, 4-3-3, or one of any number of other formations, you'll need to keep an eye on the financial state of the club, as this will give you an indication of what your transfer budget might be. Again, this reflects directly on the level at which your team competes, but unless your club is in debt, there's usually something in the kitty.

Having financial acumen is crucial, especially at smaller clubs, and you'll want to send out scouts to watch prospective transfer targets. FM 2007 introduces a new format to this section of the game, adding in knowledge bars for scouts based on their past experience. Some of them will specialise in certain countries or regions, and while smaller clubs might confine missions to a relatively local area, if you want to compete on the world stage you'll want a good depth of global knowledge at your disposal. Particularly important are staff members with South American experience, which may let you tap into the potentially priceless players of the Brazilian and Argentinean leagues and uncover the next Pele or Maradona before anybody else--and before the price gets too high.

Larger clubs will also have youth academies, which will give you an influx of youngsters each year, some of whom may make it through the youth and reserve teams and even break into your first-team squad over time. And another nice addition this year is the option to ask the board to consider setting up a formal arrangement with another club to send or receive players on loan. These agreements, known as feeder or parent clubs, can be very useful for big teams, allowing them to farm out promising youngsters for valuable first-team experience, and for small teams that would never normally be able to attract the young talent. It's something that has been around for a few years in real life, and it's great to be able to see the relationships transfer into the game.

The matches themselves are where the real action happens, and FM 2007's match engine has been refined further to create the most realistic re-creation of player activity to date. The games are presented in a top-down view, with players as numbered circles moving around a pitch, which is usually green but can deteriorate into patchy brown to give you an idea of conditions on the ground. It's not the most sophisticated method of displaying a football match we've ever seen, and other games such as LMA Manager 2007 certainly pull it off with more aplomb, but the crucial aspect of it is that you can actually learn something from watching a match. The movement of players is almost bulletproof when compared to watching a real-life game, and it's incredibly easy to forget you are in fact simply watching a bunch of circles move around inside a green rectangle.

In this respect, FM 2007, in sacrificing visuals, does a far better job of providing a useful tool for analysis and entertainment than any of the fully 3D match engines. What's more, the rest of the game presents you with information in a clean and efficient manner, and it's clear that extensive work has gone into making sure that the most important screens are always easily accessible in a logical fashion.

Sound in the game is still fairly basic, with a dynamic crowd noise that rises and falls depending on what's happening in the game. Football management games don't have a massive scope for advancement in terms of audio, although many years ago Sports Interactive did briefly flirt--unsuccessfully--with spoken commentary. But while the impact of sound in the game is minimal, there has been no real attempt to innovate in this area. Crowd noise cuts off suddenly at half- and full-time, and no attempt has been made to brighten the many menu screens with music or other sound effects.

That said, it's obvious where the focus lies in Football Manager 2007, and thankfully it's on the most important part of the game--the feeling of immersion. News items which alert you to goings-on from around the world are sensibly tailored to your own part of the world, while still keeping you in touch with important developments globally. Depending on your progress, journalists may approach you from time to time to ask you to comment on your situation. If you're on a winning streak, you might like to gloat a little, or maybe praise the players. If you're not doing quite so well, you might prefer not to comment at all. Everything you say and do, especially where the media is concerned, can have an impact on the morale of your players, so it's important to consider the bigger picture when talking to the press.

Team talks returns once again, allowing you to have some influence on the performance of the team on match day. While you can fire the players up or give them the hairdryer treatment, you're relatively powerless once the whistle goes. You can change basic tactics on the fly, as if shouting instructions from the touchline, but bigger changes and substitutions can take place only when there's a break in play.

Players, teams, league setups, and even competition rules are accurate for all of the 116 leagues across 51 countries that exist in the game, something which not only adds massively to the feeling of realism, but also gives you the scope to learn more about world football as you go.

Once your career is under way, the football world carries on around you, giving you as much attention, or as little, as your current managerial position deserves. From the moment you begin, FM 2007 creates an environment that's based on reality but allows you to forge your own path and create your own stories. Whether you choose to join Manchester United as a former international footballer with a glowing reputation or to join a semiprofessional team of part-timers as an ex-Sunday-league player, you have the scope to do almost anything within the confines of what a real-life manager would do, and setting yourself targets--or just seeing where "life" takes you--is one of the best parts of the game.

For a game as complex as FM 2007, you'll be pleased to know that there's plenty of in-game help to be had, as well as a decent-sized manual that sets the scene well. Undoubtedly newcomers to the genre will find the sheer depth of gameplay a little overwhelming at first, but it's possible to ask advice on things like team selection from a member of staff, and you'll also get valuable feedback on training schedules and performances from a number of sources. Invest a little more time in the game, and the many screens and statistics will begin to become second nature.

Overall FM 2007 is a game that you may well still be enjoying when Sports Interactive is releasing the next version in a year's time, and football fans won't find a more rewarding and realistic tool for fulfilling their sporting fantasies anywhere else. The addiction of playing just one more match, season, or career won't fade anytime soon with this game. 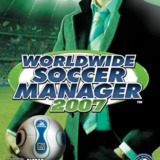 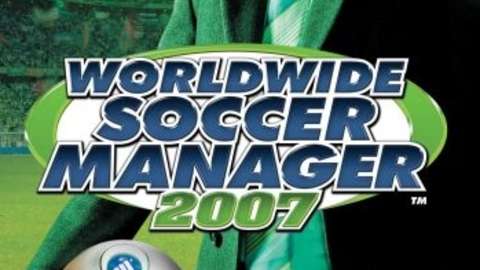 Manage your soccer team as a coach in Worldwide Soccer Manager 2007. Also known as Football Manager 2007 in the UK and Australia.