You'll have a good time with Folklore, despite some design and storytelling quirks.

If you had proof that there was life after death, would you live differently than you do now? Would the world change--and not just for the better? These are questions the characters in Folklore wrestle with. It sounds like the setup for a deep role-playing game, but in actuality, this is an action/adventure game with rather few RPG elements that tells an intriguing, convoluted story set in two distinct worlds: modern-day Ireland and an afterlife based on Celtic traditions. Folklore is an inconsistent game with some minor gameplay and storytelling issues that keep it from reaching its full potential. Nevertheless, even with these flaws, it manages to be an enjoyable journey into the lands of the dead, where our memories take many different forms.

The game is separated into two different regions. First, there is the Irish village of Doolin, where two characters are trying to solve a series of murders. One of them is Ellen, a young woman who's received a mysterious letter from someone claiming to be her long-lost mother, and encourages Ellen to come to the village to find her. The other is Keats, a reporter for an occult magazine who received a message of his own, one that points to strange goings-on in the same village. The second region is the netherworld, a series of afterlives that are home to the memories of the dead. There, a tale of political intrigue plays out that relates to the events in Doolin in ways both obvious and not so obvious. Just don't be surprised if at first you aren't all that taken in: It takes the story a while to ramp up.

The story itself is great, and it gets more and more elaborate before the twists begin to unravel. Unfortunately, the manner of storytelling isn't quite so grand. Most scenes play out like a graphic novel in that they feature static images and dialogue boxes without any voice acting, and with music that doesn't always fit the mood of the scene. It's an interesting design choice, but it's weirdly flavorless. Folklore wants you to invest psychologically in Ellen's mission, but it's hard to get a handle on her because those scenes are so devoid of personality. By contrast, the standard cutscenes that occasionally crop up are eerie, beautiful, and well acted, and they provide a distinct sense of place and time.

The real-world gameplay consists of moving either Ellen or Keats around the village to interact with other characters and look for the occasional clue. The game always tells you where to go and what to do, so the Doolin portions are like playing a PC adventure game, only without puzzles. The first five chapters are playable from both Keats' and Ellen's perspectives, so you'll experience the story from both sides. Each character's story is linear, but you can switch between them once a chapter is finished, so if you want to play out the initial five chapters as Ellen and then do them again as Keats, you can. But you're better served by finishing each chapter one at a time from both perspectives, an approach that keeps the story more consistent and interesting. You'd think it would be good to have the choice to follow each character as you see fit, but it's weird to go back to chapter one and play as Ellen if you've already completed several chapters as Keats. It really hurts the saga when you get the story out of order like this, so why developer Game Republic would have given players the chance to weaken the tale is an even greater mystery than Ellen's past.

Luckily, the game picks up significantly once you're in the netherworld. The worlds you visit are visually lush and filled with all sorts of fantastic creatures. They're brimming with gorgeous details, stunning lighting, and strong color palettes that infuse the environments with more life than the actual land of the living. Your goal? Slay the monstrous folk and suck up their souls. Neither Ellen nor Keats use a weapon--at least, not directly. Instead, they rely on collecting the ids of the netherworld folk to summon for use in battle. As you progress from chapter to chapter, you gain more and more folk, and they have a wide range of uses and abilities. Some act as short-range melee weapons that you use by pounding on a button as if you're swinging a sword. You can also send a flying machine into the air to drop bombs, slash enemies with an electrical monster, or summon a creature that flings ice shards into the air.

There are dozens and dozens of different folk to collect. Although you'll probably tend to use the same few as often as possible, some enemies are resistant to certain attacks and weak to others, so you'll need to constantly shuffle your folk and experiment with different tactics. You will occasionally come across hint books scattered about that are suppose to help you determine some of these creatures' weaknesses, but these books are rarely useful. The writing on them is just scribbled nonsense, and their scratchy doodles don't always help you figure out which folk you should be using.

Once you defeat a folk, you can suck out its id, which floats above the downed creature in the form of a bobbing pink silhouette. To collect the id of a standard enemy, you hold a shoulder button and yank upwards with the Sixaxis. Stronger enemies and bosses require a little more perseverance, and you sometimes have to free the id by shaking the controller rapidly, tilting the controller back and forth, yanking the id upwards, or doing a combination of these and other things. It's an intuitive use of the Sixaxis, and the sensitivity of all these actions is pitch-perfect. It's awesome to watch the ids getting sucked up, and it's simply fun to do. If you haven't captured the id previously, you'll now be able to map it to a face button and summon the folk in battle. If you already have it in your inventory, you'll be leveling it up for greater attack power, an increased health bar, or other advantages. You can also level them up by destroying various stones scattered about and collecting the remnants.

The levels are beautiful and take you through war-torn battle zones, lush green fields, bubbly seascapes, and other dazzling worlds. The biggest problem with them is how linear they are--and how long it takes to load them. The combat areas are generally small arenas connected by narrow corridors. The zones are small, and they are all separated by loading times that are far too long and far too frequent. This can be a huge annoyance because there is such little room for maneuvering, especially when there are multiple large creatures attacking you in these confined spaces. It feels as if an old design necessity has been shoehorned into modern technology, and it doesn't work all that well. It constantly removes you from the game when you just want to be beating up creatures and sucking up their souls. Fortunately, some of these weak levels are held together with fantastic missions that force you to collect a certain creature's id only after you've defeated all the others, or that make you follow a particular folk so you can find the correct door to move to the next section.

There are side quests to take as well. All told, it might take you 20 hours to finish Folklore, depending on how many of these quests you accept and whether you are intent on capturing every single id. However, there is a caveat: Much of the gameplay is repeated, in that you're taking Keats and Ellen into the same areas and fighting the same bosses. Fortunately, there are some differences between the two characters. For example, Keats collects some folk that are different from Ellen's, and will therefore need to use different tactics for boss characters. Another variation is Keats' rage mode, which makes him temporarily invincible. These differences are minor, but they make each character play just differently enough that you won't be too annoyed by the repetition.

The storytelling issues and linear environments get in the way, but overall, Folklore is an enjoyable game that spins a good yarn and can be a lot of fun to play. It doesn't make a great first impression, but you should stick with it. After all, you get to suck the souls right out of your enemies. There's something to be said for that. 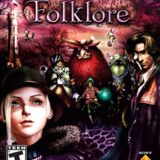 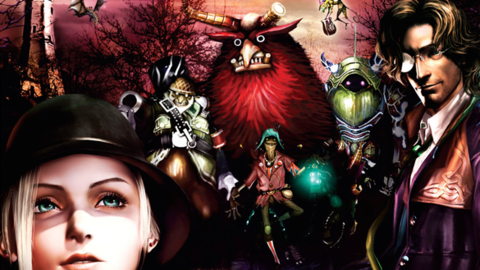 This fantasy action-adventure game stars two magical heroes who are attempting to solve a series of murders.