In spite of its flaws, Flynn's Adventures is a step up from most mobile platform games.

Don't let his appearance fool you: Flynn is not a leprechaun. His jaunty little suit is purple, not green. He trades primarily in playing cards, not pots of gold. And rather than hanging lackadaisically around rainbows, Flynn is proactive, making it his business to infiltrate children's dreams and root out all the nightmares. Such is the premise of Flynn's Adventures, In-Fusio's new platformer. This is one of the more visually accomplished mobile games we've seen yet, and despite falling back on some well-worn gameplay conventions, it can be a fun and challenging endeavor.

In the grand tradition of the countless 2D side-scrollers that have come before it, Flynn's Adventures subscribes to a tried-and-true gameplay formula--run to the right, dispatch enemies before they get a chance to do you in, avoid bottomless pits, and don't look back. It's not too fancy, but it works. As he runs forever eastward, Flynn can either hop on the heads of his enemies, which has the side effect of giving him a little extra bounce, or he can deploy some rather lethal playing cards to take them out from a distance. The default difficulty settings in Flynn's Adventures either limit you to five playing cards per life or unlimited playing cards all the time. These difficulty settings definitely have an impact on the challenge offered, but they also radically alter the fundamental strategies you'll employ. When you have unlimited cards, you just leap about, taking down most enemies with your paper-thin projectiles. But when your cards are for emergency use only, you have to plan out your moves a lot more methodically. This aside, it's a pleasant surprise to find a mobile game with a little fight in it.

In a fitting reflection of the content, Flynn's Adventures has a nice dark fantasy feel, though it's not too dark (the game's overall tone is a little more Rayman than Ghouls 'N Ghosts). As you hop through spooky houses, spooky forests, and spooky caves, all of them complete with nice parallax scrolling effects, you'll encounter enemies such as anthropomorphic fireballs, bats, butterflies, and a rainbow of different colored goblins. All of the enemies are represented with large, crisp sprites, and despite a few character types that repeat a bit too often, they all look really good. But for the care that seems to have gone into the hand-drawn 2D graphics in Flynn, the game doesn't sound nearly as good on the Nokia 6600, and it relies on some crude action sounds and some abnormally loud ditties that play in between levels. We found the game experience improved somewhat when we took advantage of the option to mute all of the sound effects.

In spite of its flaws, Flynn's Adventures is a step up from most mobile platform games. The gameplay is simple, but fairly well realized, the controls responsive, and the graphics are both technically and aesthetically pleasing. Fans of throwback 16-bit gaming will absolutely love the whole retro vibe the game gives off, and players just looking for a nice, straightforward distraction should find it to be more than sufficient. 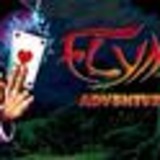 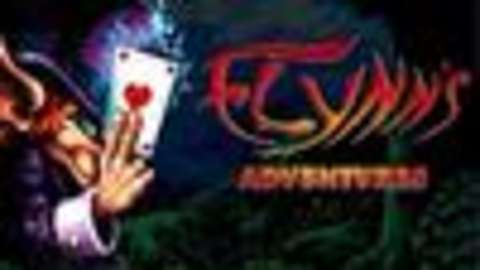 In spite of its flaws, Flynn's Adventures is a step up from most mobile platform games.